Had a lot of travel time and tent time the last month, which allows me to catch up on some reading. Found two books that are really good if you are interested in the manner in which conservation became a part of the American ethos.

First is The Big Burn by Timothy Egan. It is about how Roosevelt and Pinchot started the US Forest Reserves and how the Big Burn of ID and MT in 1910 almost sunk the idea that America would be this new place, differentiated by other countries by the fact that we would have large tracts of public lands for both resources and conservation. 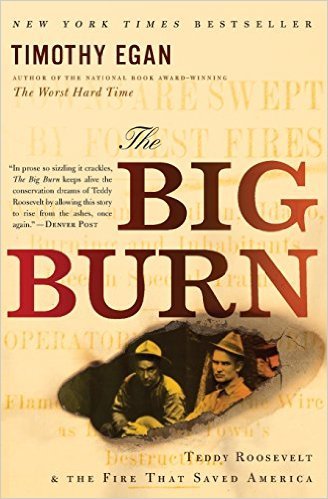 
The other is Last Stand by Michael Punke. This is about George Bird Grinell, who might be the most under-appreciated of the early conservation pioneers. His time in the west was a bit before Roosevelt and Pinchot got the public land movement going, but he was one of the first to write lengthy reports about the massive waste of market shooters decimating the wildlife of the West.

Though it was bison that drove home the point to Grinell, he saw it happening with other species. Hist trip to Yellowstone National Park, one of the first to see the park after being established as a national park, and seeing the vanishing wildlife at the hands of poachers really set him on a path to advocate for all wildlife. 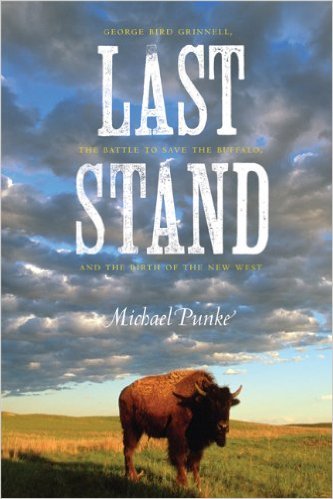 
I've always been intrigued by how the original pioneers of conservation in America were from great wealth, yet fought their battles for public land and conservation of our wild animals under the premise of doing it for the average person, or as they called it at the time, The Common Man.

Whatever the reasons, it is interesting to read the politics of the time, the characters involved, and some of the techniques these people used to convince Americans that they did not want to be like Europe. Europe was used as a convenient whipping post by these folks to show what they did not want America to be. Wonder if the acceptance by Americans was a true desired for wild lands and abundant wildlife; or was it an anti-Europe sentiment that was popular at the time.

Anyhow, these are two good books if you are a history guy who is looking for more understanding of how we got these public lands and how the battle was fought to start the wildlife recovery hunters are known for today.

Make no mistake, the three men mentioned above were first and foremost hunters. All three of them were founders of the Boone and Crockett Club.

Anyone have some other good non-fiction they've read lately?

The Big Burn is one of my favorites. I just finished An Entirely Synthetic Fish, it provides an in depth history of rainbow trout in America, among other things. A must-read for folks interested in native fish/aquatic type conservation. I've got Cadillac Desert in the queue. I went on a Roosevelt kick a while back, The Rise of Theodore Roosevelt was pretty good, as was the River of Doubt.

The Big Burn and The Last Stand are books I've read more than once.

Michael Punke wrote another Non-fiction book that takes place in Montana - Fire and Brimstone. It is a really fantastic book. In the same way Egan uses the fires of 1910 to tell a larger story about public lands, politics, and great Americans, Punke uses an intense and epic mining disaster/survival event to tell the story of the Copper Kings,corruption, and Montana at the turn of the century.

A couple months ago, a fellow at work lent me A Land Gone Lonesome: An Inland Voyage Along The Yukon River.. The author floats the Yukon and along the way describes some of the most interesting characters who live and have lived in one of the most fascinating landscapes in the world. It's how geography books should be written.
?

Both of those are on the 'to-read' side of my shelf, which is unfortunately much larger than my 'read' side. Glad to hear you enjoyed them.
M

Any good books for a 10 year old on outdoors and hunting? My 10 year old reads more than anyone I know. He is begging for some more books. I asked if the school has a library and he said he has read all the books that interest him. He kills all the reading assignments the schools give them, read these books in x amount of months. He typically will read them in a month if they give them 2.

He has read Meateater and American Buffalo. Ya I know they have a few off colored words but he hears them in the blind anyway!

The big burn is on Audible. I listened to it last year on my commute. I'll have to check to see if the other one is available.

I'm reading The Boys in the Boat right now. Very good so far. I'd recommend FWIW.

The Big Burn is a fantastic read. Another book by Egan - The Worst Hard Times - is the best I've read concerning the Dust Bowl...downright terrifying.

While we're commenting on books, just finished up Tovar Cerulli's - The Mindful Carnivore. One of the most insightful books I've ever read particularly in regards to how traditional sportsmen (my dad was a hunter, therefore I am too) defend our sport to non- and anti-hunters. I didn't agree with every single one of his assertions, but it is an excellent read that develops some of the closing arguments found in the Omnivore's Dilemma.

Now I'm tracking through another of Rick Bass' (Yaak native and INCREDIBLE writer) books - The New Wolves. Every single one of his books are either on my "to read" or "haven't read it yet but I will soon" list.

Another vote for the Big Burn, great read.
R

Re: wildfire, federal land management policy, and the future of the American West, I HIGHLY recommend a new New York Times article that paints the picture -- based on the best available science and research -- of a pretty grim future for our forests.

Quote: "Nature's script has been disrupted by a series of unusually intense, unusually large fires -- a product of many factors that include government firefighting policies, climate change and bad luck."
You must log in or register to reply here.