Spring of 2018 I wanted to change things up for an out of state hunt, and I began researching bear hunting in the east. I settled on Arkansas and have hunted it for 3 seasons now. The first two times were during rifle season and most recent with a bow. Based on sign I’ve found and advice of others early bow season is the time to find bears.

My first year I learned that I’m not as hardcore of a hunter I though I was. I failed to learn anything but told myself I had to go back and give it a better effort. My second year I scouted harder and started to put some of the pieces of the puzzle together. I killed a big doe that year, which I am very proud of. Found old bear sign and had a good idea of where to start for a 2020 bow season hunt. I also met a new hunting buddy who has a camp there and some private land adjacent to the public. We made plans for this season to hunt on his land over bait and on public. I wasn’t opposed to hunting bait, but really wanted one on public.

Opening day of archery season I found more bear scat than I had seen during the past two hunts combined, and I finally saw a bear. I didn’t settle for the spot. I kept scouting for the next best area until the wind was right to hunt it. Never found another spot as good, so I hunted it Monday with no luck. Scouted, rebaited, and hunted again on Tuesday evening.

I was hunting off the ground sitting on a small triangular folding chair behind a couple small white oaks. About 6:30PM I was watching a squirrel over my right shoulder when all of a sudden a bear is walking behind me almost straight to me. In the moment of excited I looked down, clipped my release to me bow bow, and was busted. The bear was 15 years away and was looking at me. After a nervous stare he ran to the east and stopped. Then turned around and made a loop around me to the west. I kept my head still and listened to where he was walking. It sounded like when he hit my down wind side he ran off. I was kicking myself for making a stupid mistake by not staying still, but at the same time excited about the experience and I had definitely picked the right spot.
Shortly after I saw movement to the north west and a bear walking my way. In hind sight I think this was a second bear. He came to 25 yds. He was behind and tree about to step through I good hole I had ranged when I first sat down. I drew back but he never stepped through the hole. Instead he turns and walks straight away, the turns right again. I pick the next hole and draw back. “MEH” and he stops in an opening. My 30ydd pin was on him and I sent an arrow. I saw the arrow hit and it was lower than I expected and I didn’t feel good about it. The bear ran off and after the woods were silent I heard him moan, but I was still unsure.

Once I quit shaking I went to find my arrow. It was covered in blood. I wanted to find blood on the ground before dark and then back out. Never found blood but a few yards from where I thought he was standing I saw a black figure on the ground. I walked very slowly and quietly to it, and paused between steps to look for signs of life. Eventually it was the beand he was dead.

I laid my hands on the bear and was caught between shook up and choked up. I still can’t believe what I accomplished. When I got most of my composure back I called my dad. We have very different hunting preferences but without him dragging me as a kid out I wouldn’t be here.

Mike asked if I needed help but I told him to finish his hunt then check in with me. I started getting to work skinning the bear. I was about half way done when mike called and asked if I needed help. I looked up from the bear for the first time since I started cutting and I saw 2 golden eyes shinning back at me. I turned my light on high and sure enough there is a bear 10-15yards away staring at me. Never got nervous until after I was off the phone and could hear it or other critters walking around.

Mike got there right as I was finishing up. We put the back legs in his pack, front legs, other meat, and hide in my pack and went down the mountain. A pleasant pack out. With my tag filled on Tuesday I spent the next day getting the bear to the taxidermy and sorting meat. Thursday and Friday was a mixture of scouting and hiking, and reluctantly went home Saturday morning after having one last cup of coffee with Mike.

Also, bear meat is DELICIOUS. I don’t care if the next one is on private land over bait. I’ve come to the conclusion that they are made for eating. 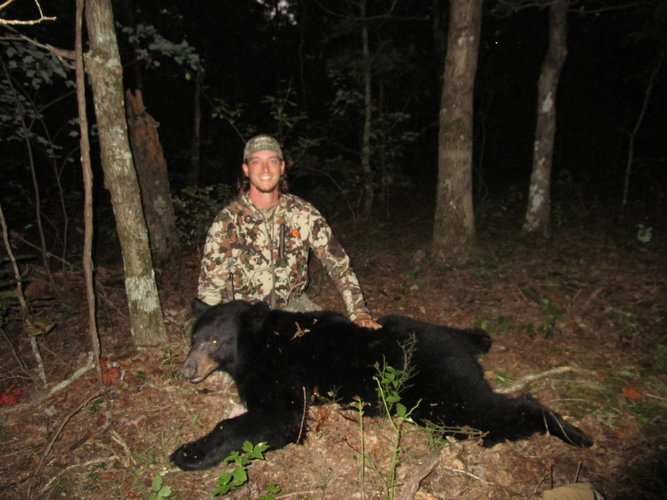 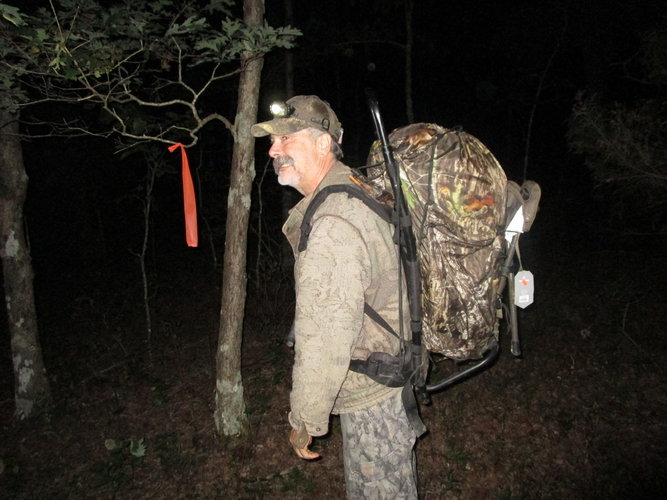 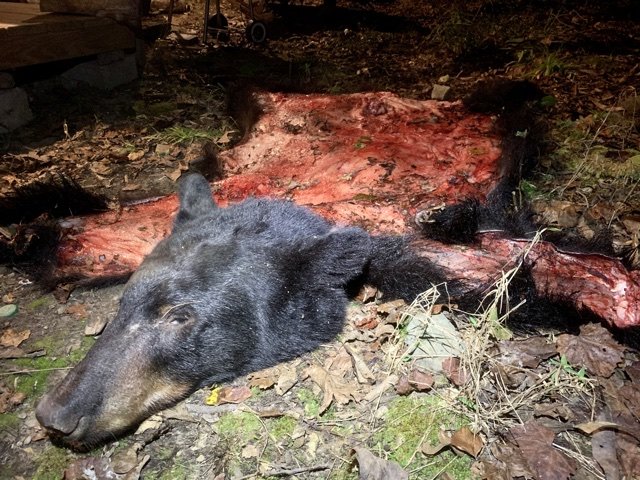 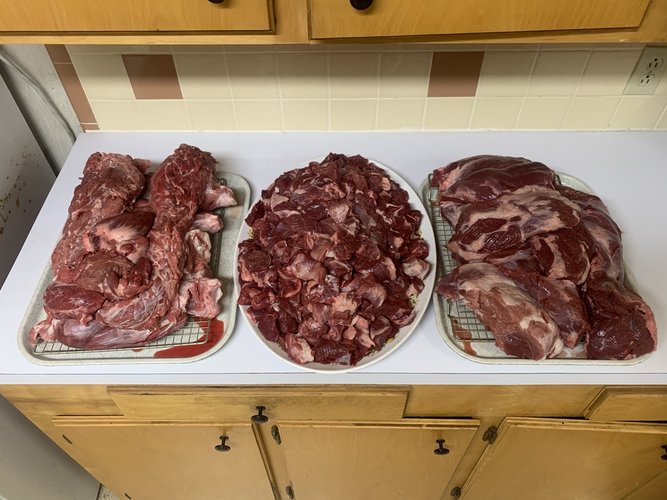 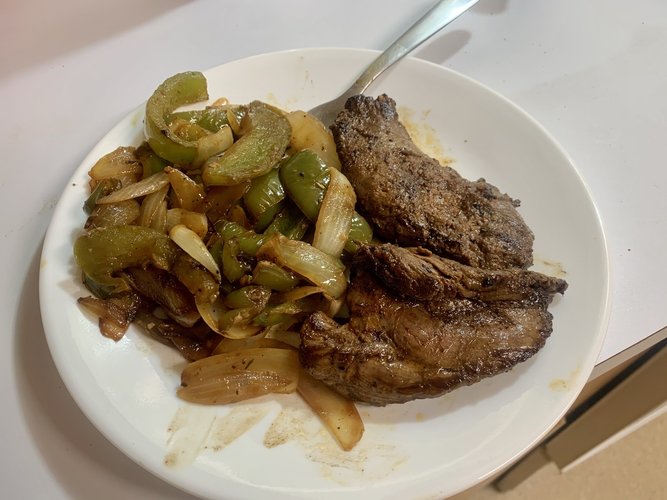 Congrats on your harvest. Great story. Hope to do that soon in my area. TFS.

Great story! AR has a healthy bear population. Pretty elusive in those woods. Where r u taking the hide?

Hell yea man, congratulations! That hunt sounds like an awesome time, probably only 4-5 hours away so may have to check that out as an option down the road. I’ve always heard mixed reviews on eating, glad it turned out to be good meat!

Congrats. Maybe one day you can hunt them at home.

beginnerhunter said:
Great story! AR has a healthy bear population. Pretty elusive in those woods. Where r u taking the hide?
Click to expand...

I brought it to Advanced Taxidermy outside of Fort Smith. The finish product is 10-11 months out but I really liked them. They were busy when I walked in and I didn’t know what I wanted. They answered every question I had and help figure what I wanted.
They run a package deal that’s cheaper than a rug. I’m getting the a shoulder mount, back half of the hide soft tanned, and they’re going to pull and clean the front claws. They also do skull mount in the package, but they skinned the head for me so I can do the skull myself.

You climbed up on that learning curve and came away with sweet success.
J

Jc2020 said:
congrats nice bear how hard is it to get a tag in Arkansas
Click to expand...

It’s over the counter. You buy the year long license for $350 and you can kill a bear in any area where bear hunting is allowed.

Jc2020 said:
congrats nice bear how hard is it to get a tag in Arkansas
Click to expand...

NR? $350 OTC. But that's 6 deer tags, 2 Turkey tags, and a bear tag. Also have to pay attention to the bear map. Most areas of the state have a quota system that is usually filled in a day or 2 by private land bait hunting. However, zone 2 has no quota so everyone can take a bear in that zone.

Bear Seasons and Limits by Zone

NR? $350 OTC. But that's 6 deer tags, 2 Turkey tags, and a bear tag. Also have to pay attention to the bear map. Most areas of the state have a quota system that is usually filled in a day or 2 by private land bait hunting. However, zone 2 has no quota so everyone can take a bear in that zone.

Bear Seasons and Limits by Zone

Congrats on a great bear!!

I love seeing the bear threads and photos, they’re my favorite part of hunttalk. Awesome!

Congrats that’s a great bear!
You must log in or register to reply here.