This weekend my sons Boy Scout troop went camping and fishing at my favorite high country lake.
The bad news;
A major forest fire (the "Rough fire") is raging twenty miles away down the same canyon, and the smoke became un- bearable by late Saturday, so we bailed out early.
The good news;
We had an epic day of fishing before it got too smoky.
I took 8 different scouts out on my boat, one or two at a time.
I lost count of how many trout we boated, but it was at least 40. Several of the boys had never been fishing before, and several others had only been once or twice. Everybody got at least two fish in the boat, and most of the boys caught 5 or 6, ranging from 8” to 18”.
BSA rules say I can’t post identifiable face shots, here are some photos I can post.

Three weeks ago, and yesterday. 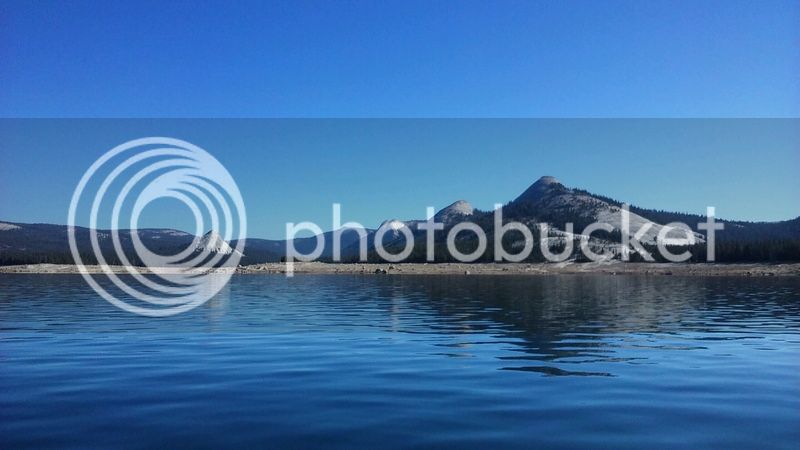 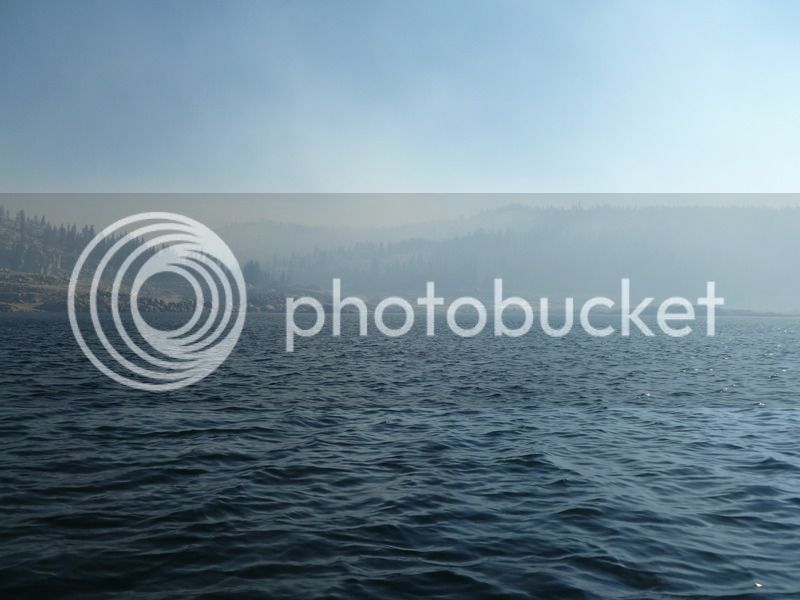 The boy on the left in the yellow PFD had never been fishing before, he boated 4.
Mandatory rules, all boys buckle up a PDF before getting in the boat. 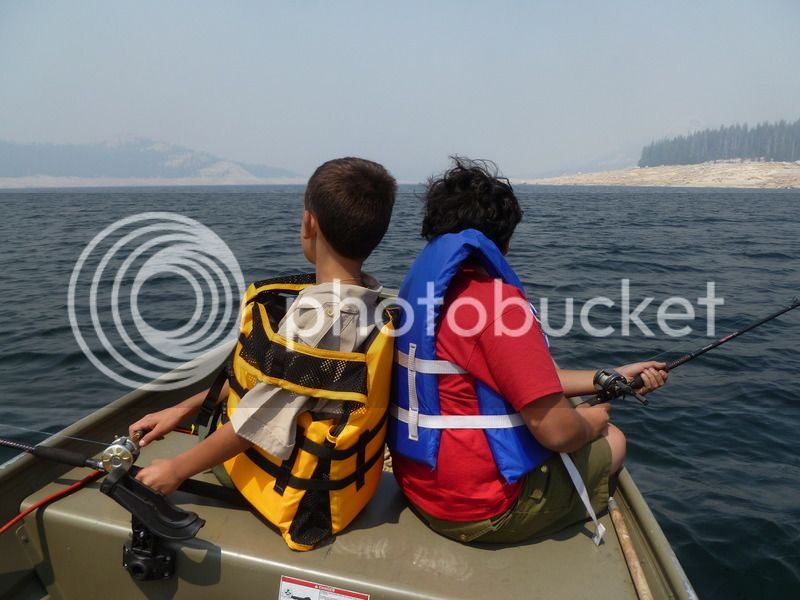 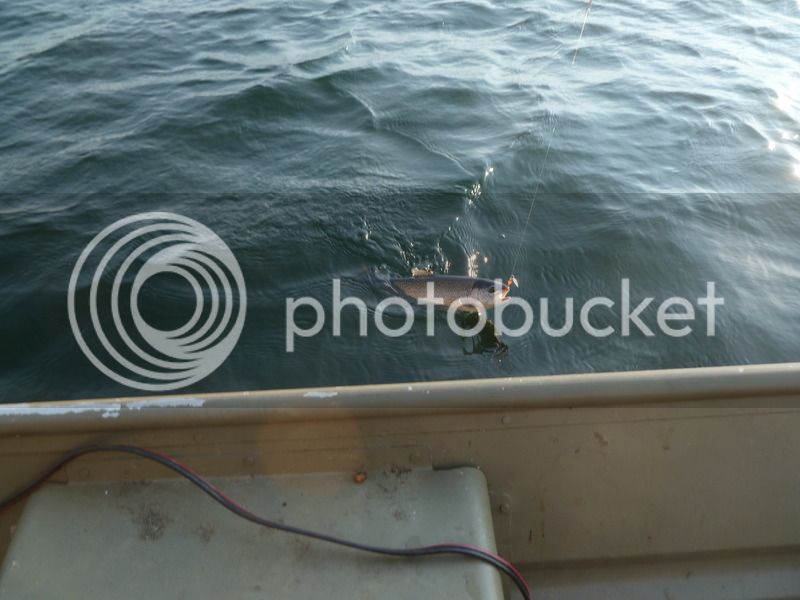 Sunrise on the lake. 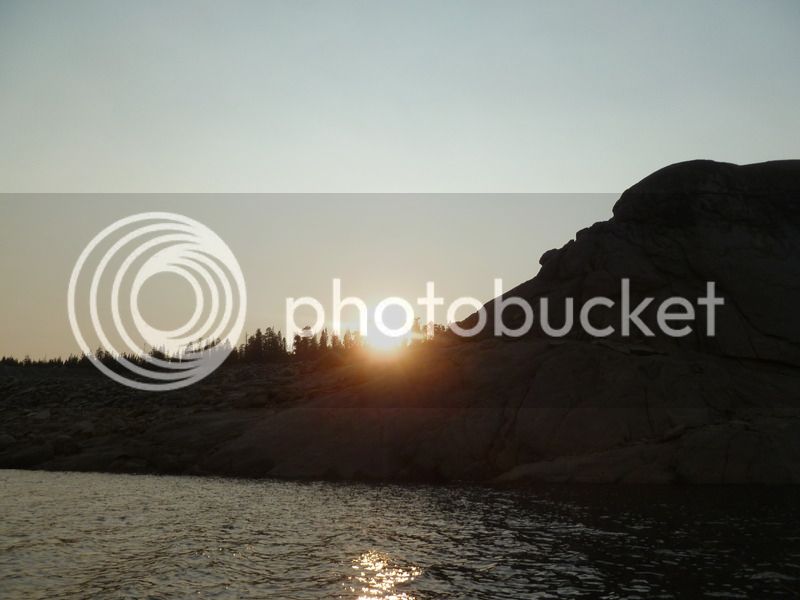 These two boys have only been fishing once or twice.
At one point, they were double up, reeling in fish at the same time.
I would have loved to get a photo of it, but I was too busy steering the boat trying to keep them from crossing lines and getting tangled. We boated both fish. 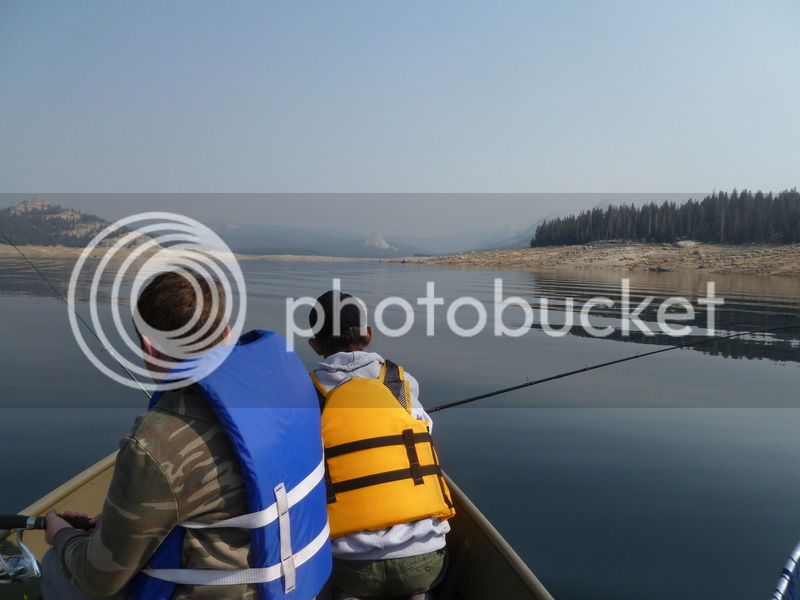 Selfie of my best fish, about 18". I didn't fish much, just concentrated on the boys getting fish. I did catch about 12 myself. 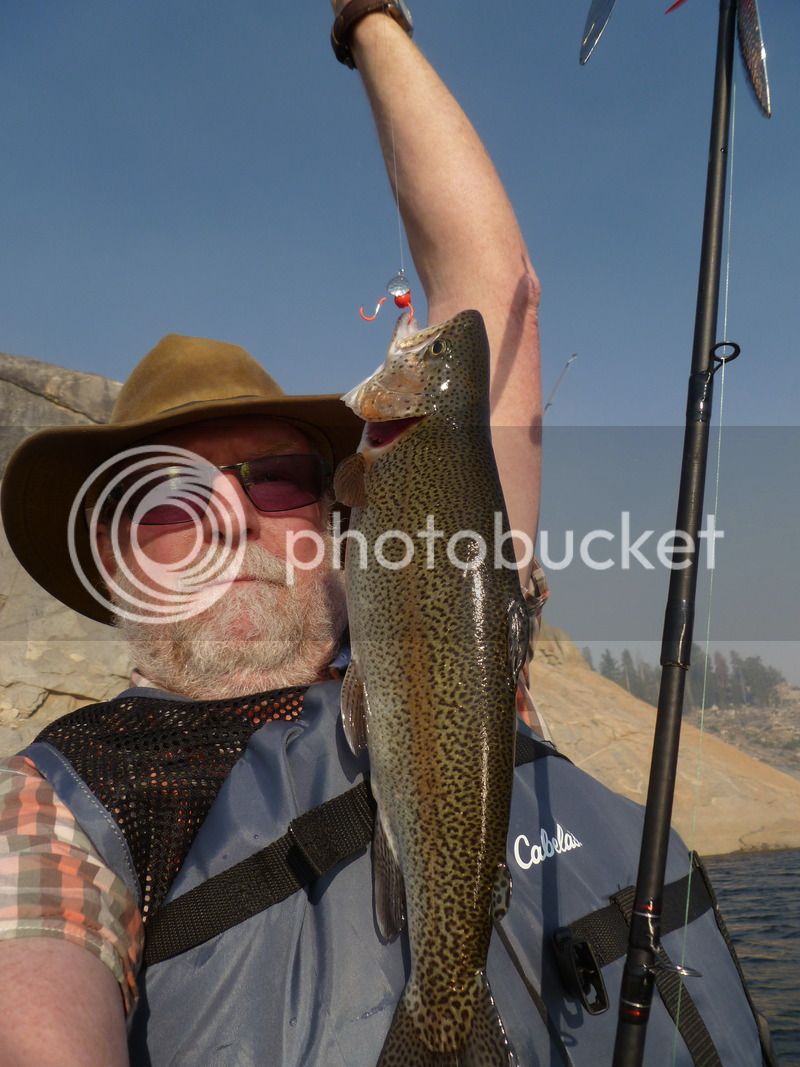 Good job with the fish, the boys and the rules.
L

Great job A-Con. I'm an ASM and I frequently take kids fishing here as well. Looks like you guys had a great day.....
R

Doesn't get much better than this!

Great job volunteering your time and congrats on the fish. Those will be great memories for those young men.

That's awesome! That's one of the things I like about being involved with the Boy Scouts. You get to show kids that might not otherwise get to see or experience the outdoors. Thanks for serving.
O

I love taking kids fishing, Especially the Boy Scoputs. They are all nice polite young men who appreciate it and say thank you.
When they are trolling on my boat, useing my gear, it's like every fish they catch is a fish I caught.
O

Were the ones that have never been fishing before educated about hunting?

Fantastic work. Nothing better than getting the kids out there. I took my two nephews just this past weekend. They had only been fishing once before. Had a great time.

Nicely done, A-con. Thank-you for your mentorship of these young men. They will remember and hopefully pass it forward. 'Good fishing too!

Nice fish. Looks like you had an even better day than you did last year.

That is so fun! Nothing like getting kids outside for some real play time
A

Up-date
The smoke from that fire, the Rough fire (still burning) has keep me out of the mountians for the last three weeks. Checking the weather reports, it look like the wind would be favorable yesterday morning, blowing the smoke away from my favorite lake, so I loaded the baot and my son and away we went.
Hit the water at 7am, and had a fish on the line within 30 seconds !
We trolled until 10:45 am, and the breeze shifted and the smoke started rolling in, so we got outta there.
We boated 20 trout. I love taking kids fishing, but I like taking my son the most. 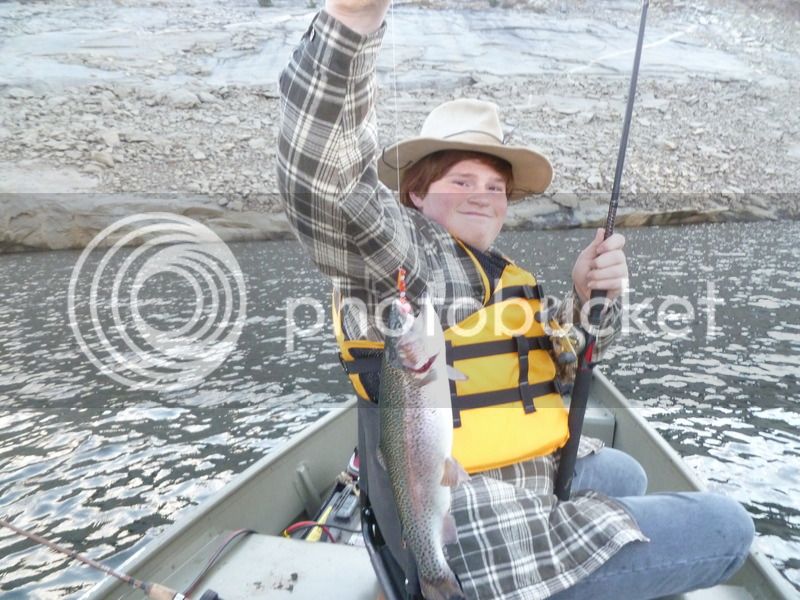 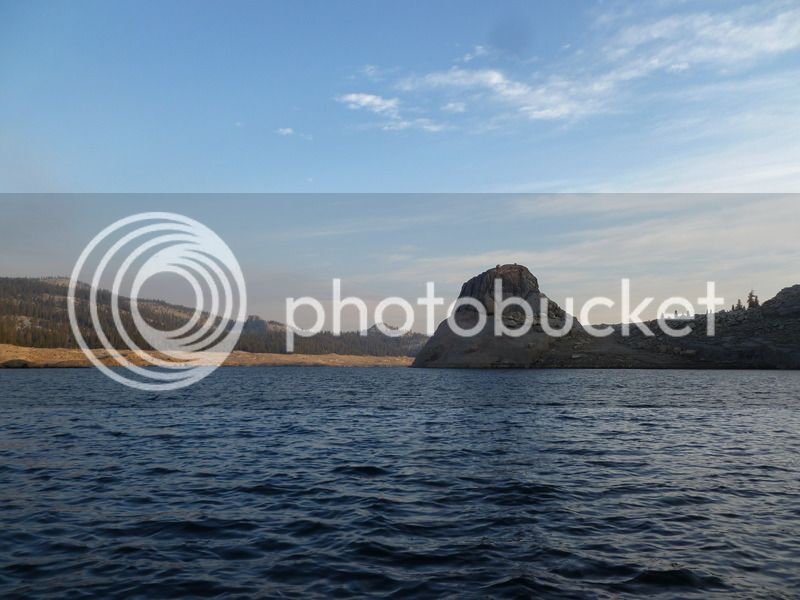 They have been letting water out of the lake, down to be used fighting the fire.
This doe and her offspring had to walk a couple of hundred yards across rocks to get a drink. 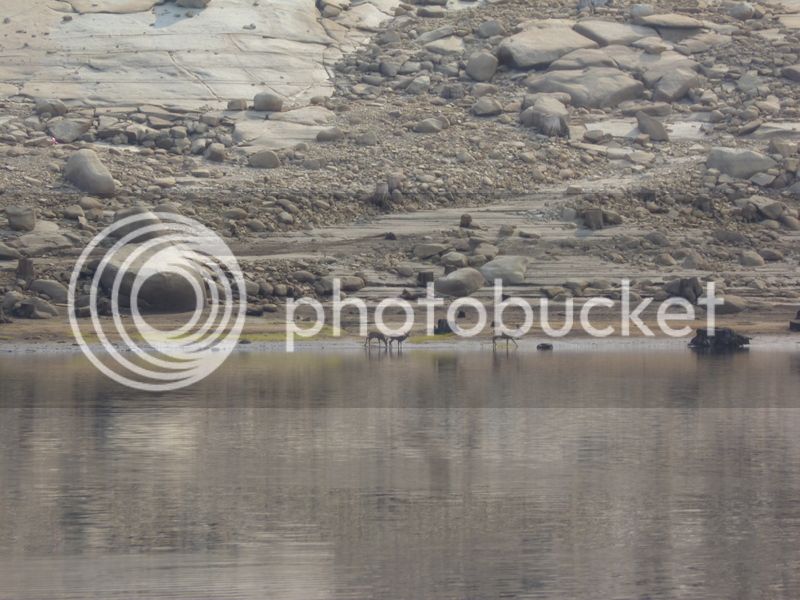 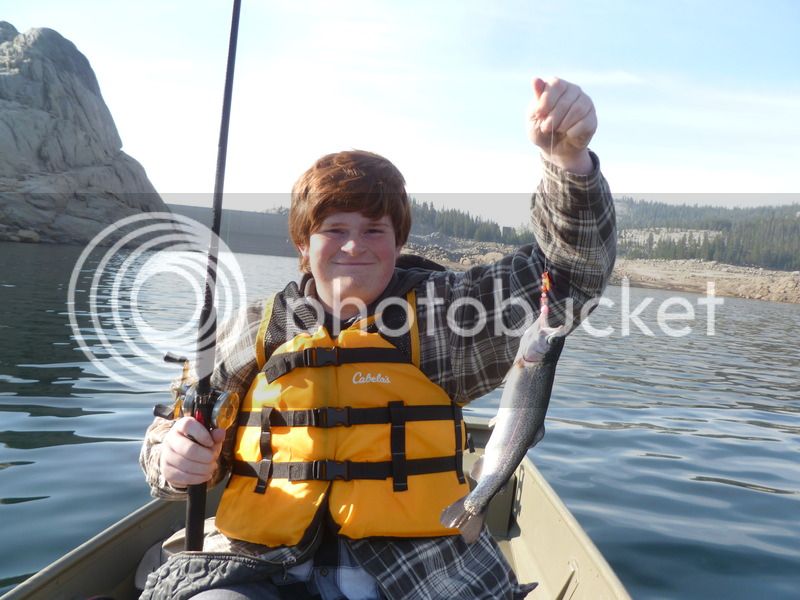 Fishing with the boy

Little GD comes through and saves the night