Got lucky and got one of these crazy things this morning. It’s a wonder as bad as I screwed up my first setup up. Got in super early to the edge of a field they like to roost at. As soon as it started breaking I could see a big turkey roosted at 80 yards. As it lightened up I was positive it had a big ole beard hanging down. A few minutes later one gobbled at 200 yards on the other point. Then 3 more up on another ridge behind me and 2 down towards another field below me. I was still confused why the one with the big beard 80 yards away hadn’t let loose. Well a few minutes later she (with no beard) started yelping like she was the loneliest hen ever. I know how this normally plays out so I was like no not today lady. I made a decision to run her ass off before she flew to the bird close to me. I’ve thought about doing this before and always chickened out. So I crossed the fence to the woods and ran her off. I was going to cut half way to him and setup. Went about 20 yards and turkeys started flying off everywhere right over towards the point he was on. I stood there pissed at myself for about 5 minutes and he never made a peep. Meanwhile, the ones on the ridge behind me and the point below me were gobbling their heads off. So I left him and dropped down the ridge. I was in between the two gobbling groups. Called two or three times and heard one gobble above me. I decided I better sit down and see what happens. A few minutes later I got a glimpse of this guy trying to sneak in beside me. I made a soft yelp and stopped him and let him have it. Went real quick from “I messed this up” to bird on the ground! 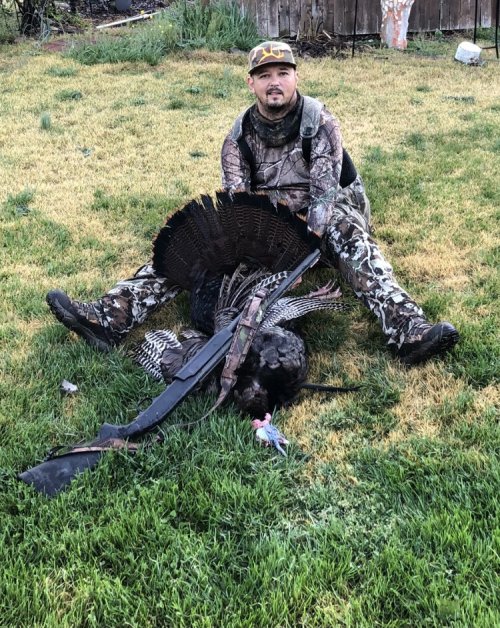 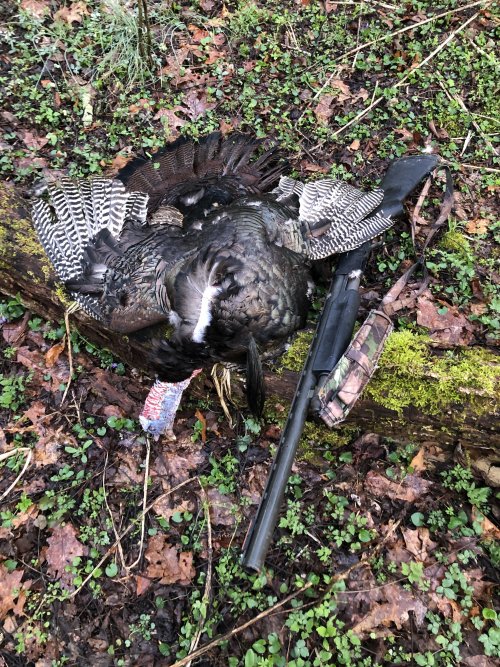 So cool when it all comes together. Congratulations

Nice! Congratulations.
Turkey hunting can definitely be a roller coaster ride at times.
You must log in or register to reply here.

Fun morning in a new area

2
A little luck this morning

Closing the gap on Turkey advice