I am posting this as a last chance hope that some of the Montana guys might help my buddy, Tyler Johnerson, find his lost cat hound. Tyler sent me this email with the explanation below.

She went missing from my house over here in mill creek on 1/26/15. I have never seen her again, nor has anyone else. She has a bobbed tail and Black and Tan markings. She's 3 1/2 years old leopard Ker. I can identify her from a recent surgery to remove a crushed molar on her top left side. I am pretty convinced she has been picked up and taken. Maybe a "do-gooder" or maybe another hunter who took her out of the area? She has 100 trees at 3 1/2 yrs old...she is worth a lot of money and I pray someone didn't steal her to sell but none the less I just want her back as you can imagine.

Anyone who knows Tyler and his love of his dogs understands how important it would be for him to get her back. Tyler asked that I post the contact information of him and his wife Marci, in the very rare case that someone here knows someone who might have reported seeing a lion hound that was out and about, or may have picked one up out of concern of the dog. 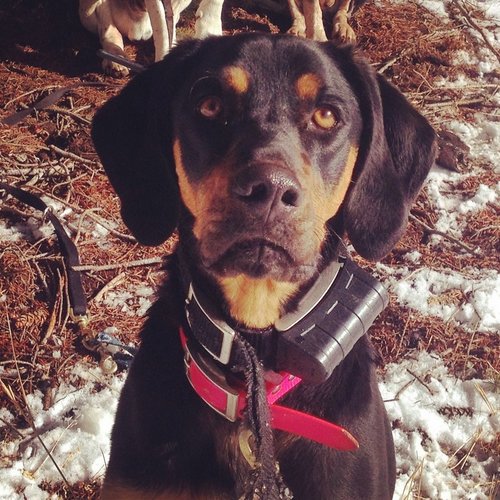 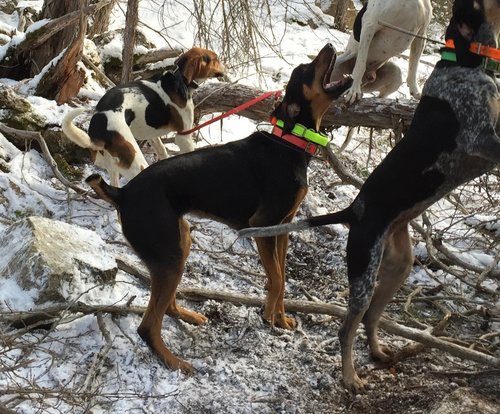 Thanks for any help or tips you might have.
K

Randy, is that the Mill Creek area in Paradise Valley?
B

Having a dog out of pocket is traumatic. Hope she's found.

katqanna said:
Randy, is that the Mill Creek area in Paradise Valley?
Click to expand...

Yes. They live at the mouth of Mill Creek.

katqanna said:
Randy, is that the Mill Creek area in Paradise Valley?
Click to expand...

Sick feeling to lose your pup. I hope she makes it home.
K

Randy, I took the top pic of Lu and posted it to Bozeman Lost Pet on facebook (good for finding lost pets and stolen bikes at least). They network lost pets in Gallatin and Park counties - about 3500 subscribers. They accepted it and it is already being shared.

I only listed Tylers first name, with he and Marci's contact numbers because the lady that runs the site also posts footloose and anti-trapping posts. If they looked his last name up, saw any of the mountain lion hunting videos, might feel the dog was better off somewhere else. I mentioned the possibility of the dog being picked up, in case someone knows of a recent "addition" to a family.

Suggested to Tyler to post on Bozeman Craigslist Lost section, since I didnt see a post for Lu on it. Had a dog stolen in San Antonio, 3 weeks later got him back. Persistence and networking can help. Hope he gets Lu back.

I own a lot over in the Blue Ribbon subdivision , very close to Mill Creek, with observant and helpful neighbors. It would be worth driving in there and checking with any of them.
You must log in or register to reply here.