Lever gun and a story

I know some of you guys love these old rifles and some of the history that goes with them so thought I would share. I’m not a great gun aficionado like some of you, but I do appreciate the history and stories associated with some of the classics.

I just inherited this rifle. Winchester .30WCF. Serial number places it’s manufacture in 1916. It’s in beautiful shape. All original as far as we can tell, except I think the sights are aftermarket and it’s missing the saddle ring. 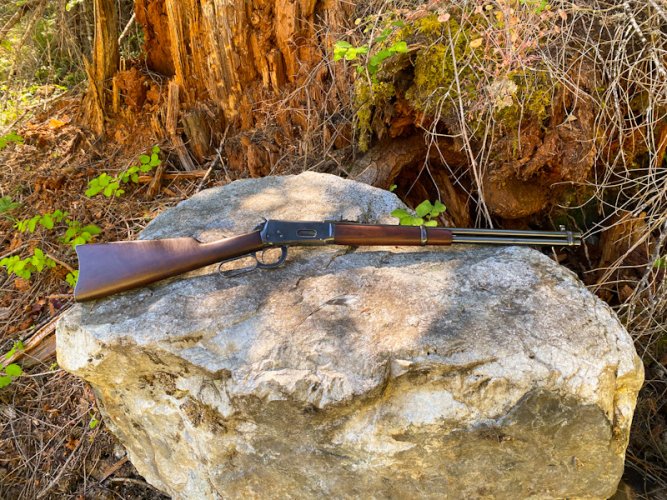 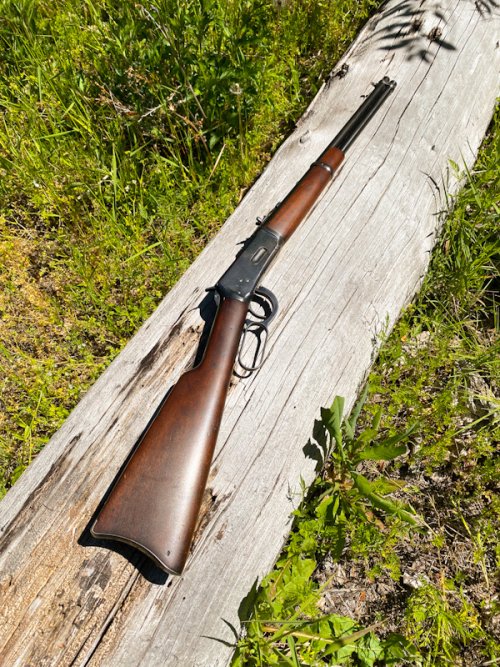 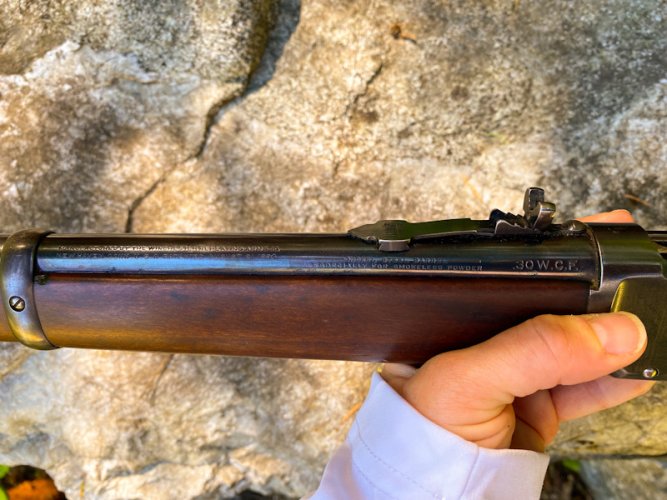 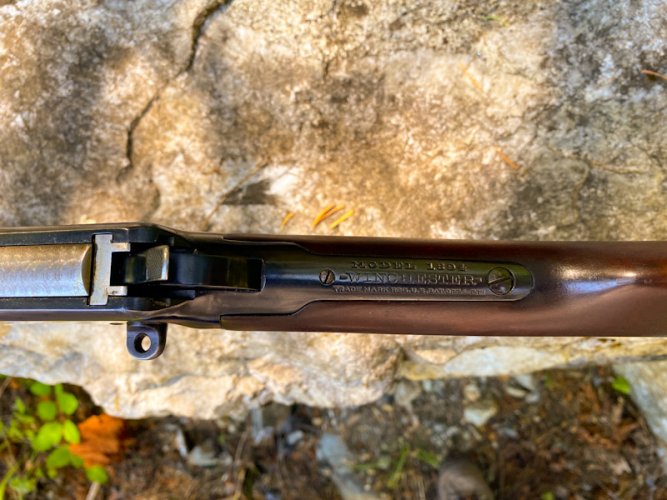 My dad researched the history and pieced together the story from old census data, military records, and family stories and documents:

The rifle came to my family sometime in the late 1930’s. One of my great uncles bought it, likely just a couple of years before he was drafted during WWII. He was assigned to help bolster the National Guard 163rd Infantry Regiment (which as we understand is a Montana unit) and went to Ft. Lewis, WA on December 7, 1941, of all days.

The 163rd was eventually sent to New Guinea and fought the Japanese across several islands. My great uncle was killed on the island of Wadke on May 18th, 1944.

At that time, his brother (another great uncle) took the rifle and carried it deer hunting a few times. The last time he took it hunting was 1956. It has been in the safe ever since.

My dad’s cousin recently called my dad and told him about the rifle. He’s had it since my great uncle passed away, and wanted to know if I would take it. His only request was that I take it deer hunting. So I guess I have a mission this fall. We took it out today and shot it. It reliably kills clay pigeons offhand at 50 yards, so if I practice I should be able to shoot it well enough to fill a tag. Looking forward to it.

That is a beautiful rifle. It needs an elk.

That's a beauty, and a special rifle. Can't wait for the write-up in November!

MTLabrador said:
That is a beautiful rifle. It needs an elk.
Click to expand...

Really tempted to take it after antelope
Q

WAY TOO AWESOME!
That's just the coolest way to have a rifle come to you. It will be a great hunting gun, and I wish well with it. I certainly expect to see pictures and hear stories. It will kill a deer, a bear, an elk - whatever you need.

Sweet looking rifle and more special that you know the family history of it. Wishing you much success in your hunts with it!

A lot of history in that one. Looking forward to hearing about your season with it.

Hunting Wife said:
Really tempted to take it after antelope
Click to expand...

That is a beautiful gun. I shot my first antelope with an old 30/30.

Beautiful gun and story. It's awesome that you were thought of and that the gun didn't go to an auction sale, along with the family history.

Oh heck yeah ! That is a great rifle !
First open season should get it some use in my book.
Congrats on being the one to get it back into action.

Grovtec makes a nice barrel band for attaching a front sling swivel and I would opt for a leather slip on butt cover with sling attachment if you want to go with a sling.

I vote for a deer and antelope this year!
C

That is a beautiful rifle, have fun hunting with it this fall.

Awesome gun. It deserves to be hunted. I have my Grandfather’s M94 25-35 WCF that still needs another hunt.
M

Saddle ring carbine. You might get a ring for that stud if you are so inclined. Very good condition it looks like. Too cool.

You are now making/continuing history, with this fine rifle.

A real treasure! The onus is on you now to see that it remains in the family and it's verbal history should accompany it for as long as possible.

Original and Reproduction Firearm Gun Parts Winchester Saddle Ring and Stud Winchester 1876, 1886, 1894, 1895 - The complete saddle ring and stud fit (screw) directly into the left receiver side of any (pre 64) 1894, 1886, 1873 Winchester saddle ring carbine. This can be used on the Winchester...
homesteadparts.com

This one is cheaper and I have bought from these folks. Good people. (scroll down or search the page for "saddle"


You may know this already, but if not, you will find out soon that animals shot with a vintage rifle, especially a vintage family rifle, always taste better than those shot with modern rifles. This is a mystery to science but true nonetheless. Trust me

wytex said:
I would opt for a leather slip on butt cover with sling attachment if you want to go with a sling.
Click to expand...

Where can I find one for my 94?
You must log in or register to reply here.

M
Men I Knew, Who Hunted Thier Entire Lives, With Just One Rifle.
2 3

What gun is this?