My old man hunts with his Savage Model 99 in .300 Savage. It's a beautiful gun and serves him very well in the Maine woods.

As a southpaw, the safety on it is a pain for me.

There's something badass about carrying that heavy lever gun though...makes me feel a little wimpy for carrying my tikka
B

When my grandfather got off the train in MN from WW2 the first thing substantial he bought was a Winchester 94 .30-30 from "Monkey Wards." He owned it, his 6 sons all shot their first deer (and many many more) with it. Grandpa passed it down to my dad when I hit hunting age and I took my first deer and elk with it. Now dad has passed it down to me, and hopefully in 11 1/2 years when my son get's his first hunting license, he'll be pulling that same trigger for the first time on his first big game animal. Call me a romantic, but there's just something about having that much family history wrapped around an object. It's not so much the rifle that is super special, it's just one of multiple millions ever made, but the family legacy that travels with it.

In my house there is "the gun safe," and "the lever gun safe." As long as my wife keep tolerating my odd collection, it'll just keep growing.

I have recently acquired a Marlin 336 in 35 Remington. It shoots great and pretty accurate for a lever action, have not been able to try it on game as of yet, but we have a new year and a new season coming up soon!

I realize this thread is a bit dated, but I only recently joined. I was going to ask the same question, but decided I had better search for it first. Glad I did. I greatly enjoyed reading the stories and seeing all the pics. Thought I would add mine. I have my dad's '54 Marlin 336 30/30. I love hunting with it and have taken a couple of deer. It has worn a Weaver Classic V3 and 2-7, as well as a Leupold 1-4. It currently has a Skinner peep and RPP big loop lever on it. My dad never hunted big game. This was his squirrel rifle. He would use a light load with a round punkin ball he cast. He had a Higgins 4X and would take head shots. He never missed! He always talked about getting one with a long barrel, but never did. That's why I bought the other one in the pic. It's a '49 Waffle Top that I came across at a gun show. As accurate as my dad's Marlin is, this one out shoots it. 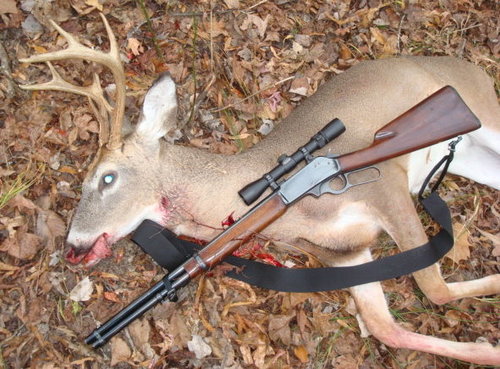 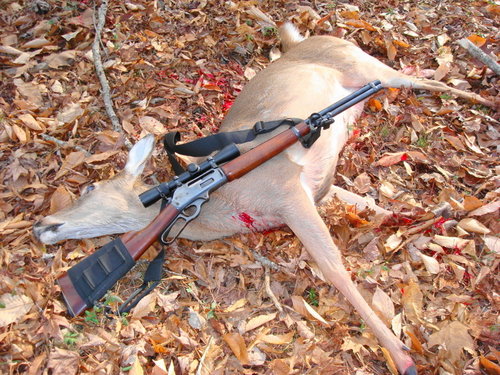 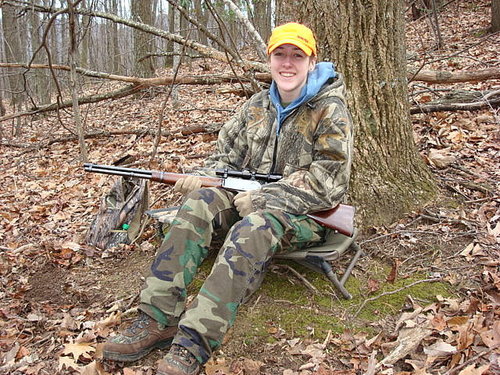 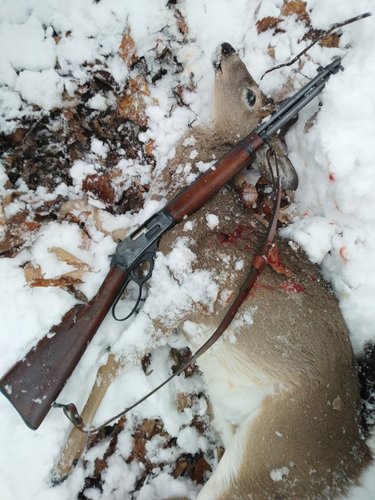 My father gave me his 99 Savage that his father gave him after he sold the farm back in the mid sixties.. It's a 308. It's killed a pile of deer here in Michigan and in West Virginia.. I've never brought it out West.. I ended up giving it to my son. It's not super accurate but it's a 300 yard gun all day at 1.5 moa.. I hope he hunts with it this year.. Perhaps he'll bring it out to WY when we go..
L

This canadian centennial has been my shooter since 1973. Same story, shot lots of critters and broke in all the kids. The 26" octagon barrel balances nice and its a pretty straight shooter. 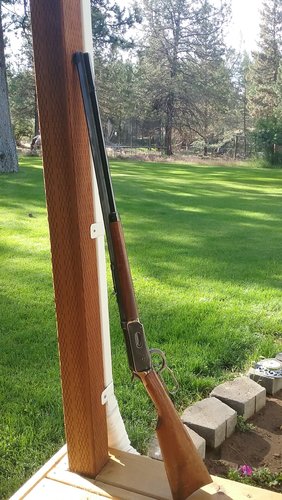 I just want one so I can spin cock it like Rooster Cogburn. It would be fun to hunt with and shoot too I guess.

ZBB said:
I just want one so I can spin cock it like Rooster Cogburn. It would be fun to hunt with and shoot too I guess.
Click to expand...

I grew up shooting a Winchester Model 64 in 25-35 from age of 12-16. It belonged to my Great Grandfather and my father still keeps it in his gun cabinet.

My uncle shot a model 94 in 30-30 and I always kinda fely like my lever action was the "Mini-van of Levers" because of the grip and the short magazine.

The Model 64 was manufactured through 1957 with approximately 67,000 guns produced during the 24-year production period. The Model 64 was reintroduced again briefly from 1972-1973, and all rifles were 30-30 caliber with a 5-shot 2/3 magazine tube, 24" barrel, open sight and plain pistol-grip walnut stock.
Click to expand... 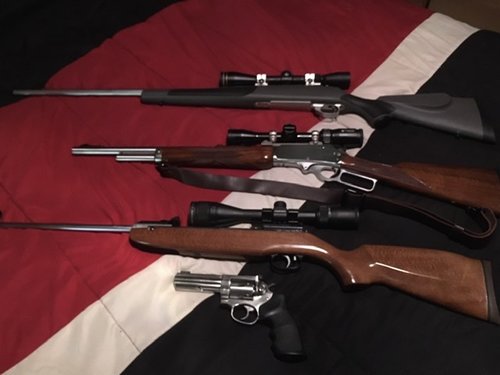 2rocky said:
I grew up shooting a Winchester Model 64 in 25-35 from age of 12-16. It belonged to my Great Grandfather and my father still keeps it in his gun cabinet.

My uncle shot a model 94 in 30-30 and I always kinda fely like my lever action was the "Mini-van of Levers" because of the grip and the short magazine.
Click to expand...

As my moniker suggests, I have a 444 Marlin, the 444SS micro-groove JM model. I got it as a Christmas gift to hunt elk in thick timber, but have only shot one mule deer doe with it. I also shot my first deer with a Winchester 88 in .243, which has been handed down to me from my dad, so that I can let my sons shoot their first deer with it. I was gifted a Winchester 71 in .348 by my brother-in-law as he was liquidating his father's collection, and I had helped determine values and put him in contact with a collector shop. I just recently picked up a Savage 99 EG in .308 that I rehabilitated and it shoots like a dream. There's just something about lever guns that hit the sweet spot, even for someone like myself that loves tactical rifles and precision long guns.

Winchester 71 in .348
[/QUOTE]
Would love to see a pic. Those are some gorgeous rifles!
Also, it occurs to me I never hear anything about the Ruger 96/44. Anybody out there hunt with one?
M

I have two that are my deer rifles. I grew up in Michigan, so own a 30-30 like just about everyone else. Mine's an old winchester with a fixed 4x scope. I also have a Savage 99 in 250-3000 that my grandfather passed down to me. That has become my primary deer rifle of late and is an absolute joy to shoot.
H

Most of the boys in our extended family start out with a Marlin .30-30. The form factor is perfect for a Southern deer rifle. The lever makes it easiest for kids to operate. And being ambidextrous makes a difference.

Best lever gun ever made is a winchester model 88. Find one in 284 win or the more common 308. Points great and smooth as silk action and the safety is reversible right or left handed.
L

The for the pics.
E

I love a Marlin 336/1895. Easy to mount a scope on, and usually pretty accurate. I have a family heirloom Win 94, but it is finicky on extraction, feeding, and light primer strikes. I will never get rid of it, but have a hard time trusting it in the woods... I’m gonna try it again this year.

My experience is that the Marlins are easier to work on, a little less expensive, and more accurate, but I’m “Marlin-less” right now. This will change in the future, but family responsibilities have to come first right now.
Last edited: Jun 28, 2020
You must log in or register to reply here.
Share:
Facebook Twitter Reddit Pinterest Tumblr WhatsApp Email Link
Top