I am having a debate with two of my archery buddies about what grain arrow/broadhead combo will have the most kinetic energy for elk hunting. Ex: 390gr arrow vs. 500gr arrow.
Keep in mind elk hunting conditions of unknown distances most of the time, and large bone structure if you hit in shoulder or rib.
I have the 390gr. setup so that there is less arrow drop if I'm off 5 yards on estimated distance. Hunting partner has the 500gr setup bc he says it has more knockdown. (slower and heavier).
What's yall's opinion??? Which one will have more penetration?

You should each shoot some arrows w/broadheads into a block target, and see which ones penetrate further. You should have a pretty solid answer.

it matters on the speed difference of the arrows

You can just figure it out and settle your bet. 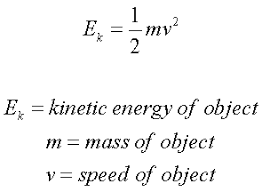 Great minds, and all that...

Placement is the most important thing.

arrow speed also becomes a part of the equation.

My personal experience, the heavier arrow will penetrate further.

I played the speed game (think 8.5ish GPI) with archery for a few years. After a couple experiences, I now shoot 500+ grain arrows. Much better penetration.

Normally the heavier arrow will always create more KE if the bows are comparable.

I've killed a lot of elk with arrows and I am shooting over 500 grain arrows now and it's not because I like to have more arch in my arrows flight.
W

My personal experience, the heavier arrow will penetrate further.

I played the speed game (think 8.5ish GPI) with archery for a few years. After a couple experiences, I now shoot 500+ grain arrows. Much better penetration.
Click to expand...

Another issue I can't get over is the speed difference of the two arrows at 40 and 60 yards. Whatever that difference is, will they be jumping the string with the heavy arrow or not....
R

88man said:
Placement is the most important thing.
Click to expand...

I'd agree with this, but obviously stuff happens and things don't always go according to plan.

I have no doubt the 500 grain arrow would have more momentum/penetration. The extent of that difference is going to be near impossible to tell unless you compare them side by side. I would think the differences are probably pretty small, though.

I always like to look at extremes in situations like this. Not because they're applicable, but it shows the advantages/disadvantages of them.

You'd have more forgiveness with the 500 grain arrow if you miss your spot and hit a bone or have a less than ideal angle. On the other side, you're more likely to miss if you misjudge your distance due to arrow drop. Again, the difference is much smaller with a 390 grain vs 500 grain arrow. It ends up being a balance and a matter of which you'd prefer.

SnowyMountaineer said:
You can just figure it out and settle your bet.

My personal experience, the heavier arrow will penetrate further.
Click to expand...

Momentum (rate of change in kinetic energy) is what determines penetration. (A heavier arrow will maintain its speed better when acted on by meat/bone resistance.) Momentum = mV so speed is still part of the equation. If all the potential energy stored in the bow is transferred to the kinetic energy of the arrow both momentum and kinetic energy will be independent of mass, therefore mass wins under that assumption.

We don't shoot ten pound arrows because they don't go very far horizontally due to their low initial velocity (v=sqrt(KE/m)). I suppose if you were shooting straight down it wouldn't matter.
Last edited: May 14, 2015

Once the projectile makes impact things get kinda complicated and differential hydrodynamic equations become the issue.

I'm guessing that the deceleration would be proportional to positive powers of speed (V, V^2, etc) so if the momentum is the same the heavier (slower) arrow would win.

The debate isn't so much about whether a 350 grain arrow is as good as a 500 gr arrow it's more of a debate about whether more kinetic energy or more momentum is better.
Imo The right tool for elk is the one with the most momentum. Ke seems to be misleading and is often very similar between two different weight arrows out of the same bow / poundage.
I want the most momentum I can get in my arrow to push that arrow through an animal. 500gr is a good weight to try to achieve. when designing your arrow also try to put some thought into getting as much weight front of center (google f.o.c) as possible

If you have access to a chronograph and a 500ish arrow you can use this calculator.
http://archerycalculator.com

This is what is misleading when going from a 300 grain arrow at 300 feet per second to a 500 gr arrow the drop in velocity with the 500 gr arrow will keep the kinetic energy very similar but slightly higher between the two on most bows that I have checked BUT the momentum will rise and penetration will likewise increase.

wildaggie13 said:
Another issue I can't get over is the speed difference of the two arrows at 40 and 60 yards. Whatever that difference is, will they be jumping the string with the heavy arrow or not....
Click to expand...

A decent formula for estimating how weight will affect arrow flight is 1 feet per second slower for every 3 grains more arrow weight. so my math says about 35fps

Also take into consideration that a heavier arrow will lose speed at a slower rate over a longer distance so they may be very similar velocities at 60 yards and beyond.

I do not see any situation where a 35fps difference will change whether or not an animal jumps the string.

Bow tuning also plays a role in penetration. You can do all the formulas you want, but if your arrow is not flying true, neither your momentum or kinetic energy will be focused behind the point of your broadhead, and will be wasted.

The science is interesting....
5

With a laser range finder you know the range and don't have to guess.
I'll take the heavier arrow every time.
You must log in or register to reply here.

B
Border to Border: Bucks in the Summer, Fall, Winter, and the Monsoon
2 3