Great buck - thanks for sharing the story!

Congrats on a great hunt and a great goat!

Congratulations! Thanks for sharing your story.
F

Very good write up and excellent buck.. like his mass
T

NDGuy said:
I was pumped receiving my email in August from MT FWP informing me I drew my first Antelope tag! Found out one of my friends drew his tag as well, so more exciting news!

We left ND on Thursday afternoon and got camp setup around 8PM, grilled up some deer steaks with some Busch lattes and hit the sack.

Friday we pretty much truck scouted as we saw plenty of goats from the roads and we wanted to cover as much ground as possible while we were still having luck finding animals. We saw one clear cut #1 target but also found a few bucks we would be interested if we lost #1. In total I would guess we glassed 150 goats and maybe 30 bucks with 4-5 looking solid enough for a sneak. Saturday forecast looked gross (85 degrees with 20mph winds) so we wanted to do our best to get a goat down early before the temp got up there. We coin flipped for the chance at the top buck we found in the morning and my buddy won the toss, bastard lol. We cooked up some mountain house then flipped the generator on and put in the movie Step Brothers (tradition).

We woke up early Sat morning and drove over to where we had seen the buck, he was heavy with nice curling horns and really solid cutters. He was out in some BLM and there were quite a few berms on the way out to where the buck has been hanging out so we were optimistic we could get close to him under the cover of darkness and then could belly crawl along the berms if needed to get closer. We stopped to where we though he would be but as the sun came up, we found him and his posse were still about 500 yards away. What was worse was that there was too big of a gap in the berms at this point to get closer, so we crawled along the berm until we hit another berm that ran vertically. My buddy started to crawl up the berm but the wind was switching and start blowing off towards the herd. He made it another 70 yards closer and a doe started bawling at us. Busted! The herd started acting spooked and were looking to leave...but actually ran slightly towards my friend. He got his bipod setup and ranged them at about 350. Target buck and a few does crested a berm and presented a decent shot for him and he took it...and missed! I was looking through my spotter while he shot but didn't see the shot hit anywhere. Watched the herd ride off over the horizon to make sure he didn't hit him. Bad break for us with the wind tipping them off, that's hunting!

Now it was my turn! We started to head towards where target buck #2 was hanging out but after some glassing we didn't see him anywhere, this was around 8:30 am so we figured someone must have gotten him or spooked him off already. We then turned and headed towards an area where we found a pretty good buck with about 25 does. As we were driving to the area, we signed into some BMA and were driving down a two track when we spotted a good sized herd about a half mile out in a bowl. We glassed them quick and saw two bucks and one looked pretty solid. Not sure if they didn't like the truck but they started to move and started heading in a direction the two track would be near. We took note and started to move that way and spotted another group on the opposite side. We glasses quick and it was a smaller buck and 10 does so we kept moving in case that original group moved closer to the road. The direction they were headed had a nice bluff that I thought we could glass or even get a shot off if they were close enough. As we got closer to the the top of the bluff we looked over and BAM the original herd was 400 yards off the road trotting towards a little dip near the top of the bluff. We had a really low spot right in front of us a the base of the hill where the goats were running. I told my buddy to stop and let me out in case they turned and followed the low spot. My thinking was that they'd do that or if he got up ahead of them, he may be able to get a sneak in from the high ground. I jumped out with my rifle and got onto a little berm and waited. He drove up to the top of the bluff and texted me that they were stopped a few hundred yards from the 2 track still. After a few mins they started trotting off again and started following the drainage right towards me! I looked over and waited until I saw the tops of their heads above the sage brush and ran over to where I could see better. I saw the younger buck following the does and thought I maybe was too late the the big boy was gone! I waited another 10 seconds and bringing up the rear was the older buck with 3 does! I waited until the buck turned broadside and I stood up and waved, he stopped on a dime around 100 yards to look what I was. I didn't have time nor a spot to setup my bipod so I took aim freehanded and fired! He ran about off and I shot 2x more as I wasn't sure if my first shot hit. He made it about 150 yards and tipped over, I couldn't believe my plan worked and my hunt was over! As I got over to him, I was pumped! He had solid mass and good cutters, just like I was hoping to find. His cutters kind of curved inward as well definitely has some character! We got to work cleaning him up and got him on ice within an hour of me shooting him. It was 930 AM, plenty of time to find Luke his goat! We drove back to camp and made a quick lunch and planned out our next move.

We checked around some of the other areas we had seen goats on Friday but they had moved or were pushed. Looking at the nasty weather forecast for Sunday (50-60 mph wind gusts) we were getting nervous and had time for maybe 1-2 more spots. We drove to another chunk of BLM where we had seen goats Friday far off in the distance but didn't want to spend a few hours getting closer. We pull up and glass some big bluffs and we spot a good group of 15-20 goats on a bench off the big bluff overlooking the drainages we were at the bottom of. We could see 4 bucks in the group and figured this was our best chance at Luke tagging out so we planned out our move. We realized a two track curved around the backside of the bluffs and that we could get behind them and hopefully sneak within range. But the wind was kind of tricky so we'd have to make a wide loop potentially. We take the two track and move over the bluff and creep along the edge of a hill and spot them about 600 yards away. But we had no cover to get closer unless we moved down the drainage and around a few more hills. We worked our way down until we get behind enough hills that we should be able to move back up towards the goats. As we are moving upwards, we move into a little opening and there is a whole other group of goats bedded on a bench against the big bluff we thought the original group was. They spot us and move off, we figured the others saw them and left but continued on in hopes there is enough terrain in the way the other group didn't see. We get to a hill and creep to the top and spot the original group but they look wary, they must know something is up! Luke works his way a little closer along the hill and belly crawls to the top and gets setup. A doe spots him and the group starts to move off but Luke spots a good buck and fires before they can start running. He hit him a little back and the buck runs about 50 yards and then stops and lays down. We creep downwind of him and Luke finishes him off while he is bedded down. We are both tagged out on opening day! I checked my OnX tracker and we made about a 2 mile loop to get into position, thankfully the heavy wind helped us not feel the 85 degree heat so much! HA

It was a fun 2 day trip, we got to see some beautiful Montana country and were fortunate to take some good bucks for our first Antelope. We will be back again soon Montana!

Also: Anyone got a guess on score? I was thinking mid 60s.

They really are. Unless you can get close and really gauge how much mass they have.

What a write up and thanks for those fantastic photos. As far as personal style, I must admit I laughed so hard when you mentioned drinking Millers and watching Step Brothers

Gotta love a fun tradition. Maybe that helped you get into the chaotic mind of those antelopes. Thank you for sharing!!

TriStar Hunt said:
What a write up and thanks for those fantastic photos. As far as personal style, I must admit I laughed so hard when you mentioned drinking Millers and watching Step Brothers

Gotta love a fun tradition. Maybe that helped you get into the chaotic mind of those antelopes. Thank you for sharing!!
Click to expand...

If it makes anyone feel better I was drinking Crown Royale as well....oh and I should mention the beer was the limited edition corn cans...hahaha 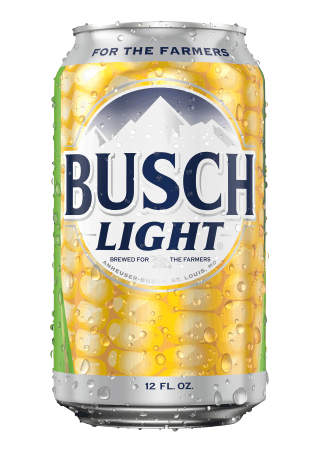 Congrats on the nice buck! Great write up.

Congrats! Pronghorn are very much one of my favorite critters to chase. You did well!

Congrats! Pronghorn is on my short list.
That is fantastic for you!
*WOW - late to this one, sorry it was recommended under another thread I read and so I just clicked on it and read! hahaha

Congrats on your first! He's a nice buck. Add 17" of mass to each side and you'll be close to your gross score.

Brentc said:
Congrats on your first! He's a nice buck. Add 17" of mass to each side and you'll be close to your gross score.
Click to expand...