Hunting Wife said:
I think if we all simply wore a hat or shirt with our HT handle on it, people who know, would know.

I’ve met a few characters from HT IRL and everyone has been great so far! But there’s also a list of people I’ve never met that I think would be a real kick in the pants. @Europe, you’re my #1

Been looking for a Stewart Granger safari model...

EYJONAS! said:
There's a few on my HT bucket list I'd like to meet in person. Not sure how mutual the feeling is coming my way though.
Click to expand...

Same bubba. I’m sorry for all the things i said. I think about this a lot actually.

EYJONAS! said:
No but I know what to look for in region 6, the multi millionaires, top shelf, only and only, s10 doe smoker rig.

Maybe memories first so he can tell me what my real handle is on HT, cause I don't even know what that is.
Click to expand...

? Confused. I said if i ever learned your real name attached to the handle, ‘EyJonas’

I have an idea....once you reach 1000 posts you "unlock" the right to purchase the "HT Hat". That way when you see the "HT Hat" in the field, you know its at least someone willing to stay past the OG "I just drew this amazing tag, give me your honey holes" post

Unlike most of the faceless cowards on here, I have posted numerous photos of myself and my vehicle and my dogs. So if you see me out hunting and decide to strike up a conversation ... well then it's your own fault.

FoodIsMemories said:
Yeah the first farewell tour about 25 years ago in California lol
Click to expand...

Whoops not a tribute band haha

Just don’t email me the code and we will be good.
M

My OCD is so triggered by this it’s disgusting.

Well, I don't know if I've meet any Hunt Talkers out in the woods, but I think I crossed paths with Cameron Hanes, in fact he might have saved my life!

Several years ago I was hiking out of the San Juans at dusk and a freak snowstorm hit. Within minutes the trail became slick and treacherous. The trail snaked along the side of a steep canyon and of all things it became blocked by a giant tractor tire, WTF!! As I stared in disbelief pondering my fate, I heard footsteps coming up behind me at a rapid pace. A ghostly figure materialized out of the falling snow, wearing an Under Armour t-shirt and what looked like bike shorts.

The figure grabbed the giant tractor tire and with a grunt sailed it into the dark abyss below.

The figure then resumed running down the trail, glanced back at me and shouted,

So I doubt I'll ever meet any Hunt Talkers who can top that!

OntarioHunter said:
HT secret code phrase? I suggest "Pus filled rectal abssess." Difficult for non member to accidentally have that come up in a conversation.

I rarely meet anyone in the field and when I do they're usually more interested in my dogs than me. I'm fine with that. If I wanted conversation I'd go to the bar. Barmaids get paid to yack. May as well put them to work. No one expects work to be enjoyable. I go hunting to experience the outdoors. I get enough of people and civilization the rest of the year.
Click to expand...

The rules for a HT passphrase:
1. Has to have been a Talkie nominee.
2. Should also invoke Barry Wood.
3. New Mexico 5 alarm chili stories.
4. What would Uncle Larry say?
So it's either, "Bleep, Bleep, Bleep", "Death by Dysentery", " Don't click a Greenhorn link", "There's a marmot in my truck", or "Burn your poop".

mtmuley said:
You better be careful doing that in this day and age. We'll read about you in the news. mtmuley
Click to expand...

I've met a couple guys from hunttalk. Fowl Hunter is a heck of a guy. I met him on his sheep hunt. After talking with him my Elk/Deer hunt became keep an eye out for sheep.

Tried to wave Big Fin down twice in Idaho... I don't think he ignored me but was just so excited to be hunting he didn't see me. First time he drove past I was like, "why does that plate say OYOA." Oh yeah o...., obviously your on..., oh you old ass? ON YOUR OWN ADVENTURES! Holy shit that's Randy Newberg!

He's so happy to be hunting it's like prying your teenager sons attention away during desperado when Salma Hayek is nude... He's THAT into it.
Last edited: Apr 30, 2022

elkhnter said:
Do we need a secret handshake?
Click to expand...

Moosie sent it my way about 20 years ago lol, it never saw the field much 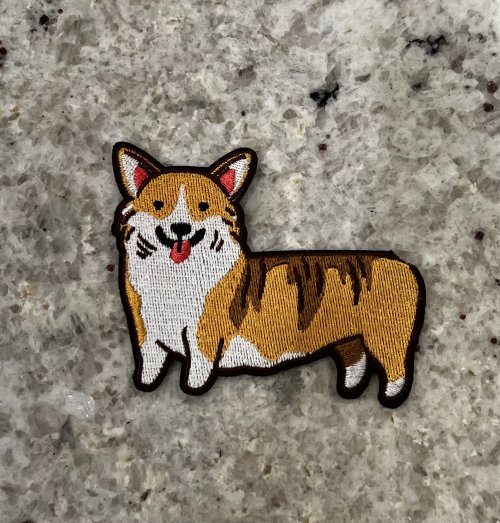 I’d love to meet each and every one of you personally! You never know who you’re gonna jive with. This HuntBook can’t be for the birds in terms of trying to base real friendships
You must log in or register to reply here.