I am looking at getting a new camera ( with replaceable lens ) and was curious what you guys are using. It will be primarily used around the house and on the boat but may go hunting with me too.

I have done a ton of research but it gets confusing with all of the opinions.

I am leaning towards the cannon eos series and trying to stay under 1000 bucks.

Weight is a factor but I may just buy a point and shoot if I don’t lose 20 pounds..

No one to borrow stuff from..

@C17loadclear, I snap away with Canon EOS as I have a collection of lenses for that system.

Staying with in your price range, Canon has several options. The mirrorless M50 MKII and M200 use the EF-M lense system as well as the plethora of EF lenses via an adapter. The older models, M5, M6, M50 and M100, can also be rounded up and are fine cameras.

My daughter has taken thousands of remarkable pics with a Canon M100 with the EF-M 18-150mm and 22mm lenses.

Sony has been kicking tail in the camera world lately but you pay for that innovation.
C

Thanks for the advice!!

I'm not as familiar with the modern Canon line (I have a 7D which was really great for the era, but technology has improved a lot since then). Any of the recent mirrorless cameras from the big players (Sony, Canon, Nikon) should be reasonable choices. They all should have snappy autofocus, face detect, and reasonable resolutions.

You'll notice a bigger difference depending on which lens you buy. For (living) wildlife specifically, you will need to get pretty close for good shots. Likely closer than you think you need to get. The kit lenses are a good general purpose range, but it will be very difficult to use it for wildlife unless you are at the zoo. It looks like there are some zoom lenses for the M-series that are around 18-150 or 18-200mm. Those will do a lot better than the kit lens though you still might wish you had a bit more reach. (From a very brief look, both the Canon 18-150mm and the Tamron 18-200mm look like decent options. They aren't cheap, however... An M50 kit + one of these lenses will be in the mid-$1100 range.)

I have a M-50 and love it. Light, smaller than my 5Diii or 7Dii and I love using it for video. The kit comes with 2 lenses. I have this clip that attached the camera to my backpack strap.
C

Hey guys!! I really appreciate the detailed posts and have help me make a final decision to get the m50. I think I am gonna get an additional lens and the 18-200 looks like a good second lens. Thanks again!!
I

I use a combination of cameras from Sony and Panasonic primarily. For wildlife I’d probably increase the budget a bit because a half decent telecom is going to kill your budget before you buy the camera in reality.
J

If you haven't already bought, I'd recommend the sony a6000. I bought it to bring on my brother's sheep hunt and it has been awesome. 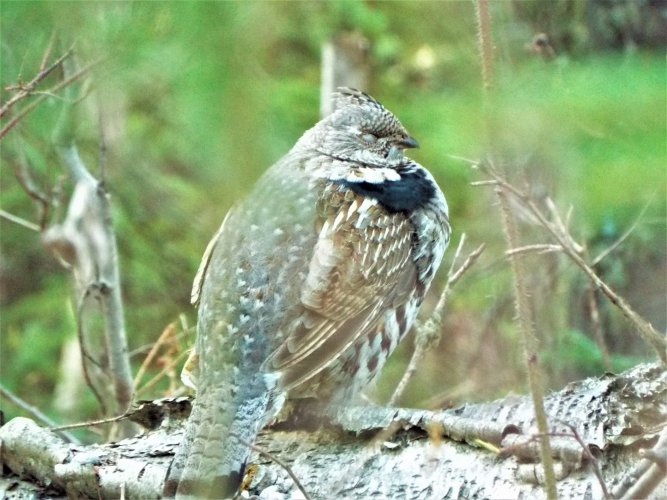