Lions cross highways just fine. They don't need a crossing. Some will get hit, but some will still try to cross on the road despite the "crossing." I can personally attest to this, even with a 10-foot mule deer fence. Second, California is overrun with lions since shutting down hunting for them.

$87,000,000 specifically for a lion crossing in a state with a massive overpopulation.

Whenever I think California can't do anything dumber, they do.

I am not against wildlife crossings...but $87,000,000 specifically for lions is just ridiculous....and I really like lions. 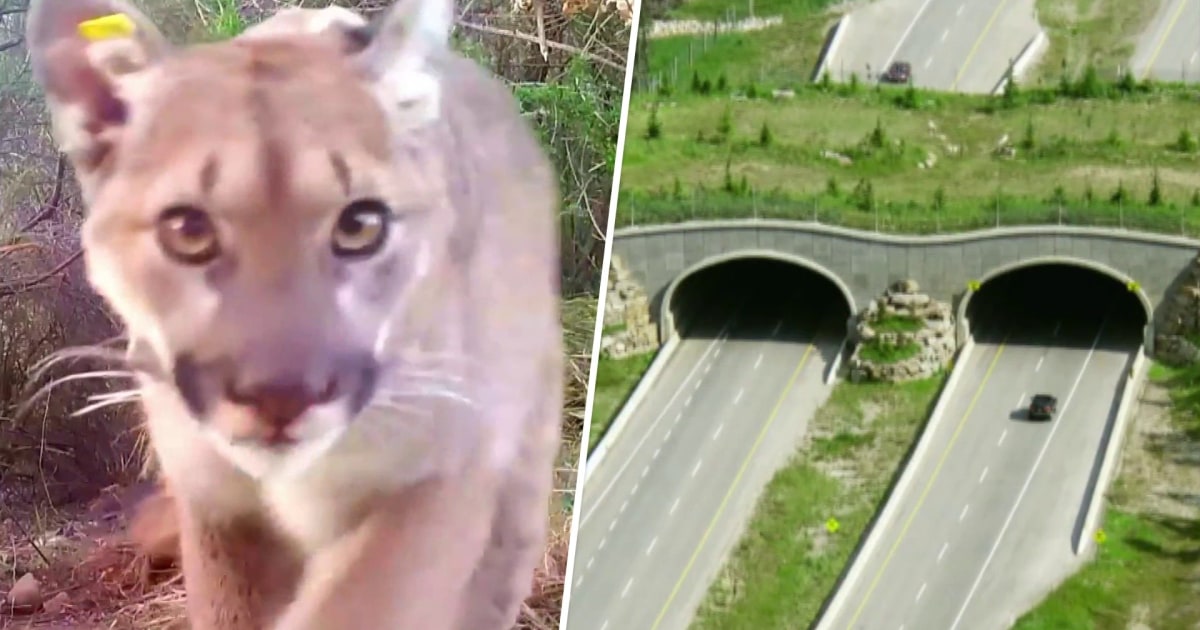 A construction project in Southern California could help build a critical lifeline for mountain lions. The $87 million project adds a new crossing over a California highway, giving animals access to food and possible mates on the other side of the busy road. NBC’s Emilie Ikeda reports for...

It will be twice that much before they get it finished.

I'm guessing the contract goes to one of Newsom's relatives.
L

peterk1234 said:
I'm guessing the contract goes to one of Newsom's relatives.
Click to expand...

Elkoholic said:
Is that really six 0's or a typo? Geesh..
Click to expand...

I like money going to wildlife conservation. But there are better ways to spend it than this.

California, and the rest of the anti-hunters, love having land overrun with large predators. It means there are less ungulates for us to kill.

elkantlers said:
It will be twice that much before they get it finished.
Click to expand...

I would personally move there and direct traffic for those poor little kitties for half that amount.

Dave N said:
I would personally move there and direct traffic for those poor little kitties for half that amount.
Click to expand...

I work in the highway construction industry. This isn’t that much money for an infrastructure project. Especially one in Southern California. A $111m project just went to bid in Idaho last week to replace a few vehicle overpasses, for example.

A quick Google search shows that the majority of this project was funded by private donations.

Ya no surprise I hope someone advocates for wild horses in SoCal I’ll haul as many the want to them.
N

peterk1234 said:
I'm guessing the contract goes to one of Newsom's relatives.
Click to expand...

Or one of his big political donors

Never mind structure in your state, schools or hospitals etc.

All to save the puutty tat. Absolutely asinine.

Dave N said:
I would personally move there and direct traffic for those poor little kitties for half that amount.
Click to expand...

The Lost Art of the Shooting Sling #1
2