Great story. Thanks for taking us along! 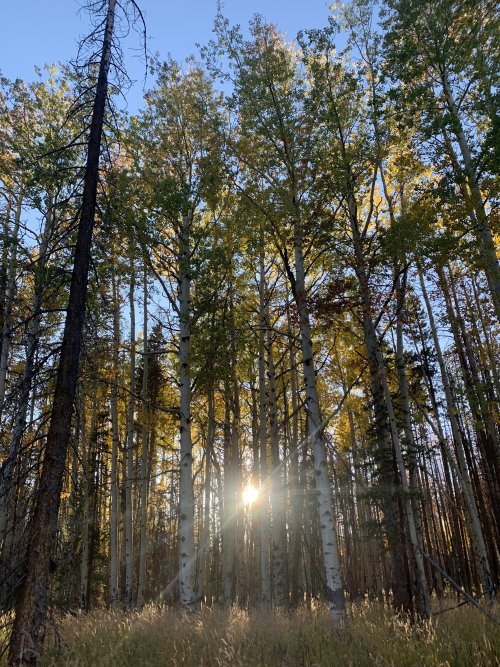 I really enjoyed this thread. Thanks for taking the time.

That was awesome. Thank you sir

Good write up! Thanks for sharing your adventure.

That was a great adventure to share with your dad. I hope you two are able to have many more hunts together.

Excellent elk adventure. Thanks for sharing it!

Fantastic experience with your father that will not soon be forgotten by either of you. Thanks for the effort of sharing the story!

Loved this thread, thanks for sharing!

This has been one of the best hunt reports I've read on Hunt Talk--and that's saying a lot.

There have been some unique and stellar write ups this year. This is one. Thank you for writing it.

You got to share something with your Dad that many of us will never get to. Based on your writing you did it "right." I tip my cap to a trip well done.
J

Man, add this hunt recap to the other great ones of this fall. You had me at the edge of my seat waiting for each new chapter. What a great hunt and great time spent between you and your dad. Thank you for sharing your story with us here.

Well told story, what a time had with your father.

@jlong17 are you heading back to Wyoming for a rifle season?

Thanks for the great feedback everyone!! I am grateful that so many of you enjoyed reading along, considering I was so long winded. One of the better hunt recaps @rtraverdavis ? Wow!! Thanks for that compliment. That’s awesome.
A few of you @kansasdad are asking about headed back for rifle season. The answer is…. Absolutely!!!! I have plans to arrive October 16th with the hopes of shooting the first elk I see. Huge bull, dink bull, cow…. They all better watch out hahaha

Thoroughly enjoyed this man, really. You did it right all the way around - with your dad, with the elk, with the storytelling. Treasure your time with your dad.

One of the best hunting stories I’ve ever read.
congrats to you and your dad.
you have a special talent with words. Oh yeah I would pull the trigger on the first elk you see.

good luck and fill the freezer.

Man, what a hunt. Your words did it justice. A clear cut example of the treasure is in the journey not the destination.

If you score on the rifle hunt coming up it's gonna bring you to tears. Just sayin

Absolutely incredible story and adventure for you and your dad, a cherished memory forever!
H

That was a great story!!
I am going out to Montana, and my wife is tagging along with me. This story will make me appreciate my hunt that much more. Thank you for re-centering my perspective. This is what these forum are supposed to be like. Good luck on your rifle hunt!
You must log in or register to reply here.

Wyoming Elk with my Old Man
2

Does it get any better???