Why all the fuss about snake boots?

I've never understood the fuss about snake boots for hunting in the west. The majority of snake bites on humans occur on the hands. I grew up in Great Western Diamondback country. Idaho sports two species of rattlesnakes. From the time we could walk on the ranch we were drilled in snake avoidance.

I've seen numerous animals struck, and have known people who were struck. None of the people died, some of the animals did. The only animals we lost on the ranch were bitten on the face and suffocated when their airway swelled shut. Those that got hit on the legs were usually ok.

Of the people I've known who were bitten, only one was bitten on the leg. He violated the snake safety practices and stepped over a granite rock without knowing what was on the other side.
The others were hit on the hands. Full disclosure, some of them were handling the snakes when that happened. Alcohol may have been involved.

I wish I had written this article. I agree with it like a rattlesnake gospel. I say take the money you would spend on snake boots and buy lotto tickets. Your money is better invested. 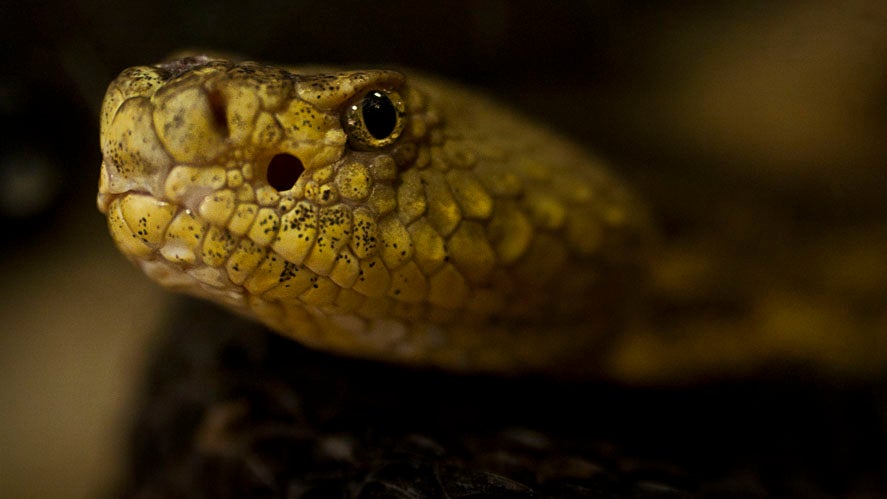 It's rattlesnake season. Are you going to die?

I wear them for protection but also to move through thick brush and briars more efficiently. I had a copperhead bite the heal of my boot when I was getting out of a river. It was in an undercut bank I had to crawl over. Since then, I do not see a reason not to wear them. I prefer snake gaiters so I can put them over waders if need be. I hunt in the southeast. Swamps and thick brush pretty much guarantee close proximity to snakes. This week, I am fly fishing and wading small creeks in Arkansas. Snake gaiters will be worn. 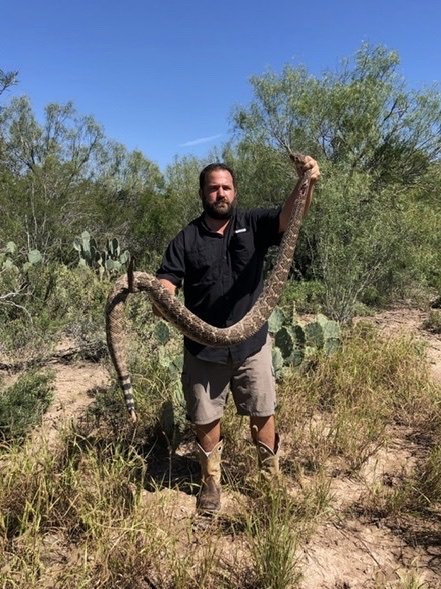 S-3 Ranch said:
I like them because we got cactus and mesquite
and a few of these View attachment 227610
Click to expand...

Never worn them, spent a few seasons capturing rattlesnakes for work, might be more inclined if we had more like that one, looks fit for the BBQ. Seen a few skins around that size from around here but they're really rare. We only have western rattlesnake around here, the big ones are usually in the forest so people call them timber rattlers.

The stats say most bites are dry but the 2 dogs I've had bit as well as a friend who got bit on the hand about 30 feet up a cliff while rock climbing all got venom. His hand was a mess for months.

S-3 Ranch said:
I like them because we got cactus and mesquite
and a few of these View attachment 227610
Click to expand...

That’s what I’m talking about!

People just need something to be scared of. I run into rattlesnakes every year and I’ve never considered wearing snake boots.

MTLabrador said:
People just need something to be scared of. I run into rattlesnakes every year and I’ve never considered wearing snake boots.
Click to expand...

Also don’t get why people kill every snake they see. People out hiking; come across a rattlesnake on a trail not hurting anybody and they just have to kill it.

Scott85 said:
Also don’t get why people kill every snake they see. People out hiking; come across a rattlesnake on a trail not hurting anybody and they just have to kill it.
Click to expand...

And that’s when they get bit.

It cracks me up too.

One guy that comes dove hunting on my property at my house never comes over without his snake boots. Generally I’m wearing shorts and tennis shoes.

We do have rattlesnakes and I typically do kill them if they are right around the house.

Here in the Southwest it’s a different story. We have at least a dozen different species of rattlesnakes where I hang my hat. Also coral snakes but they are quite small and rare. The rattlesnakes are thick as fleas some years. We have had them at the doorsteps quite often. They also hang around the barn and the feed bins. Everywhere you could step outside there could be a buzz tail. We had two dogs bit one year by the same snake at the same time. Both caught it on the face and we got antivenin into them within an hour and a half, they came out of it alright.

The Western Diamondbacks can pump a lot of venom and they can ruin your whole day. I live in the high desert where they are not very common. The most common snake here is the Hopi rattlesnake. They typically don’t grow longer than 2 feet and are not aggressive, but they will be just about anywhere. We are at the Northern range of the dreaded Mojave. The Hopis pack some potent venom but the Mojave is deadly. A painful death can occur within an hour. Fortunately, bites are rare from the Mojave. I wear snake boots every time I go outside from March through October. Down here if you hunt or scout during August and September under 8000ft, your chance of a snake encounter is high. Doesn’t matter where you walk or step.

I just wear regular boots at the farm. Came within 6 inches of stepping on a prairie rattler the other day while building fence. It didn't strike and really just wanted to get away.

My feet sweat in sandals, I can’t imagine how sweaty they would be in a snake boot.

Haven’t killed one in over a decade but I usually come face to face with them a few times per year.
Q

I wear them in hills above San Diego...came across a small rattler a few years ago that wanted to chase me....very aggressive...nasty attitude.
Last edited: Jul 25, 2022
R

A six year old boy died a few days ago down by Colorado Springs from rattler bite. He was out for a walk with his dad. It took him a couple of days to pass. There a lot of rattlers along the front range of Colorado as well as the Northwest part of the state. I really do not like snakes.....several days ago my family was helping clean up some of my chores in the yard and discovered a 5' bull snake in a shrub.Hope it likes mosquitos. They are thick this year.

I don’t wear them, never gave it much thought. I’ve had a couple run ins with little prairie rattlers. I don’t kill snakes though. I leave them alone unless I see a bull snake. Then I catch it and throw it under feed bunks. Get a Ruger 10/22 with a 50 round mag and rain hell down on the rats the bull snake flushes out. Most fun you can have in Nebraskastan.

If I intend on covering ground quickly through Rocky terrain, or tall grass I will often wear turtle skin gators. This allows you to not have to worry as much about where your feet are placed and keep an eye out for sheep instead.

I have stepped on three snakes in the four years I have lived in Arizona. Of those 3, one struck while I was doing a hop, side skip kick, horizontal movement that defies the laws of physics and he missed.

It’s like grizzly bears… Chances are low, but they are a lot higher if you trail run in tom miner basin.

Snake country in Southern Broadwater County. Neighbor killed a big prairie rattler 10' from his front door a couple days ago.
The local mountain bike trail system called Copper City is lousy with them. I've been riding and running a bit,early morning before work...might consider gaters, a woman got tagged while riding last week.

The folks who grow up in snake country seem to be less worried about snakes. It's like upland hunters who come from the upper midwest with their dogs and think a rattler is under every bush. Some don't even want to run dogs out of fear. I have yet to have a dog get bit and there is a very healthy population of rattlers around. I do take precaution and get dogs vaccinated. Some dogs have a natural fear of snakes, others fear nothing so some form of snake breaking is good.

All that said, I seem to run into a disproportionate amount of snakes per mile walked in Idaho along the breaks of the Salmon River and I am extra careful when it's warm because at times it feels like they actually are under every rock.
You must log in or register to reply here.

Garden Snakes Can Be Dangerous

H
Hello From the Beaver State

I
This is What it is All About