When the Ents Attack 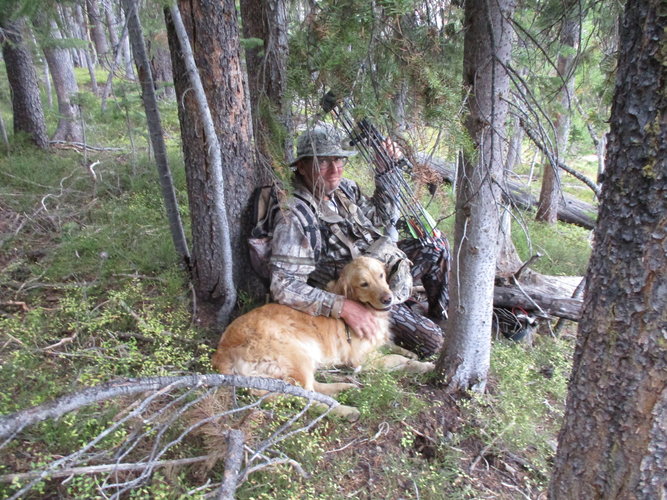 So an old college buddy called me up and says he is gonna die and doesn’t want to die with a pile of WY elk points. If I would take him along he was willing to take me on his coat-tails from the point’s end of the equation. How could I refuse a dying man’s request? I readily agreed to this bargain. In late summer I went on a three day trip to make sure the lay of the land had not changed, it had not, and each creek was just pounded by fresh elk sign. My camping spot of choice was still just fine, and better yet my dog was able to hike the 8 miles round trip with me. (She is re-learning to walk after having a 12 hour seizure.) This set her new personal best performance even though she was thoroughly exhausted upon arrival back at the trail head.
I had to stay home and get some llama rentals headed out for the CO opener of archery then I had a week to go play by myself. The weatherman was talking about a 70 degree shift in 36 hours, from 80’s to single digits. I couldn’t help but think this would make for a very unique elk situation that I had never had a chance to witness before, and adventure, if you will, and I would be on hand to observe how they handled it. I took 6 llamas and set up a nice camp and was immediately inundated with elk the first night. I had cows at under 20 yards and a raghorn at about 30 or so. Bugles were in no short supply though they started late with the considerable heat. I was disappointed when another hunter stumbled into my camp, he was the first I had ever had find me there, it was about to get much worse on that score. The next couple days I continued to get into elk about everywhere I turned. I was quite certain as soon as the bottom dropped out of the thermometer it would just go crazy with bugles. On the evening it was all supposed to shift I had a group of hunters come right thru camp and head straight into the honey hole to set up their camp for a week, this was very terrible, to make things worse they bugled as if they were in a marching band at a homecoming parade. They simply never shut up. 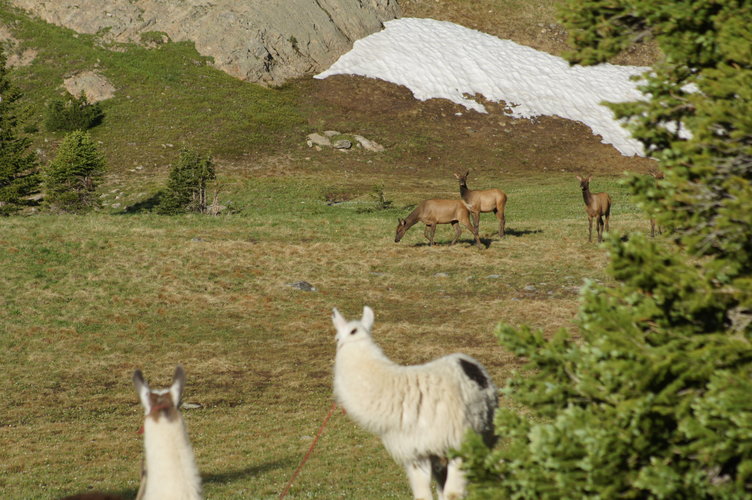 That night about midnight I awoke from a bad dream and heard rushing wind and crashing trees, and they were just feet away from my tent. I unzipped the tent fly and saw the tree tops swaying maybe 15-20 feet from left to right. SNAP… BOOM, CRACK, WHUMP… so close to the tent that you could feel the impact in the ground. I froze for a minute or two thinking of what I could do until one huge tree snapped off and hit so close to the tent as to shower it with bits of debris. With that, I bailed on the tent and ran out amidst the llamas in my underwear carrying a tarp and my sleeping bag, I rolled up inside of both as best I could in the dark in the middle of a clearcut where the big trees couldn’t reach me and the trees around me were of non-lethal size even if they did fall over. I had issues with the tarp blowing off of me but compared to the destruction I was listening to just a few yards away it seemed a small inconvenience to pay. At some point the wind slowed a bit and the snow started to fall, I awoke at about 9 am under a soggy foot of white and winds of maybe 50-60 mph. I was wet and the temps were dropping like a rock, it would appear my “adventure” was shaping up quite nicely, now If I could just live through it, that would be nice… I took a chance that any tree not rooted in Chinese soil had already fallen so rolled my soggy ass back to the tent, which had been hit hard by two large trees but was undamaged. My gear was all crushed under tree trunks or blown into the surrounding jungle of downed timber. I was in a real mess, this “adventure “was shaping up to be a bit more than I had hoped for. I cowered in my tent and sleeping bag while a few wind-weakened trees continued to snap off and fall occasionally and the wind stabilized to a mere howling gale. The snow on the back side of the front began in earnest though, slowly replacing the wind as the second night settled in. The next morning dawned clear and cold and I was very ready for this adventure to move home and be experienced from the couch. I desperately needed a chainsaw to free my gear from under the trees. I had to leave a lot of it as it was tightly pinned beneath large trunks that I couldn’t move.
The hike out to the truck was a nightmare with the previously open path clogged by dozens of downed trees. Even once back at the truck I would have been completely trapped if not for better prepared campers who had cut the road free of timber earlier that morning. 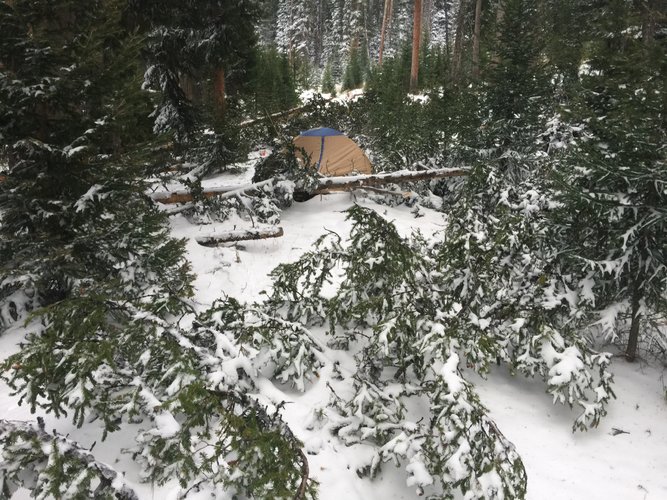 A couple weeks later when my points benefactor was there with me, he complained that by camping in the clear cut where I had sought shelter from the storm he was unable to take a proper mid-day nap, because the sun made his tent too hot. “Squirrel this is bullshit, I’m moving my camp to the shade in those trees”. “OK, I’ll stay here, shade is fine, right up until it tries to kill you…” 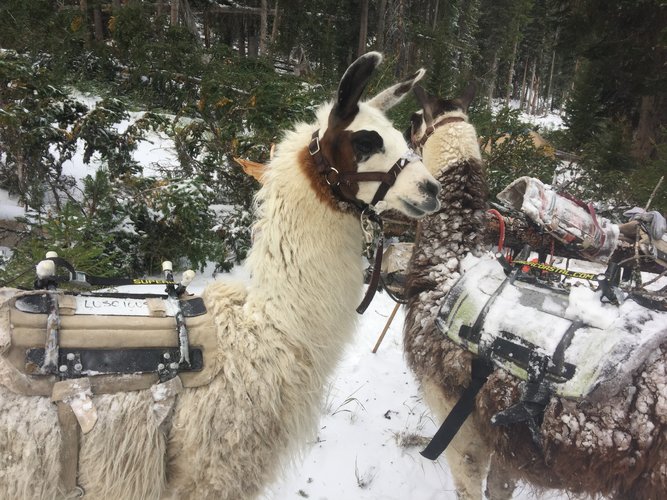