I am very eager for hunting season to open next month, so much so that I find myself reminiscing of the fun I had last year. Don’t have many friends that hunt so I figured I would share my excitement with the forum. Here are a few pictures from my first squirrel hunt, I used Steven Rinella’s recipe to chicken fry it and it turned out great.

Anyone have any tips on what makes good squirrel habitat aside from nut bearing trees? What about cottontail habitat? 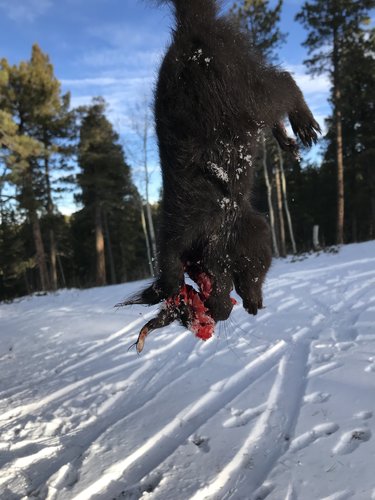 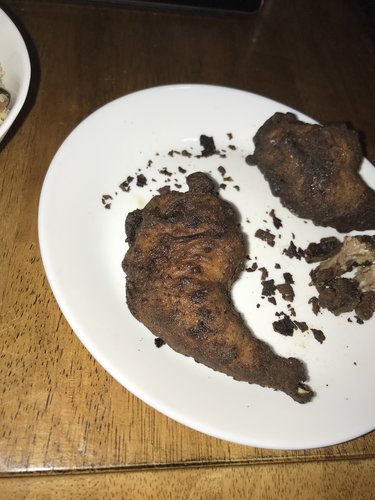 I find squirrels around slash piles and near recent logging activity. They seem to like the piled up stuff.

Cottontails I tend to find around the edges of timber, near structure like brush piles. Squirrels, just pretend to be deer hunting and you'll see tons of them but areas with acorns and other food, they won't be far away.

Flux, that's a nice looking Abert's. When I lived in Arizona, they were common in Ponderosa - their claimed specialist food source, but I found them more often in Doug fir, and at red squirrel middens where they were kleptoparasites, stealing cones and mushrooms.

You can often find a feeding tree by looking for short pieces of de-barked twigs under firs, pine and spruce, they are after the cambium and peel the bark off of small twigs to get it. They drop the clipped twigs to the ground which look a lot like a pack of smokes strewn about. Not all trees of a given species taste equally good, so they will feed heavily in one tree and not touch the one next to it.

That was a heck of a shot! I do a lot of squirrel hunting over here in MD, and the squirrels are often plentiful around oak trees, and on the outskirts of residential neighborhood clusters where the predator population is fairly low.
You must log in or register to reply here.
Share:
Facebook Twitter Reddit Pinterest Tumblr WhatsApp Email Link
Top