Prep for the taxidermist

I just finished this 61" bull moose cap mount. The client did a pretty good job cleaning the cap before bringing it over. Unfortunately, NOT such a good job sawing it off the skull. Required a lot of carving and reinforcement to get it right. Fortunately, the client wanted pleated velvet rather than the usual dome-and-rope cap mount method. We make our own domes for moose caps (factory ones are too big and wrong shape which adds to the cost). So this client gets off cheaper but only a bit due to time needed to carve skull. A much heavier moose euro is outside soaking right now. Client buried the skull for a year and it was surprisingly clean when he brought it in. Too bad he sawed off a good part of the back of the skull. Iron in the soil has stained the skull which we're trying to fix now. I had a HELLUVA time building a mounting system for the plaque. Not much to attach to after he hacked the skull.

If at all possible take the animal in to taxidermist and let him/her remove the head and/or cape and/or skull cap. Best thing is don't go sawing on anything. If you can't cut off the head with a knife, someone else can.

OntarioHunter said:
If you can't cut off the head with a knife, someone else can.
Click to expand...

This shouldn’t surprise me, but it is a necessary PSA to make. I’ve had this argument with my dad before. The last time we had it butchering a steer, he walked away to get the saw and an extension cord and by the time he came back, head was off.

My daughter's pup had thoughts of ambushing that rack as I was posting this thread. 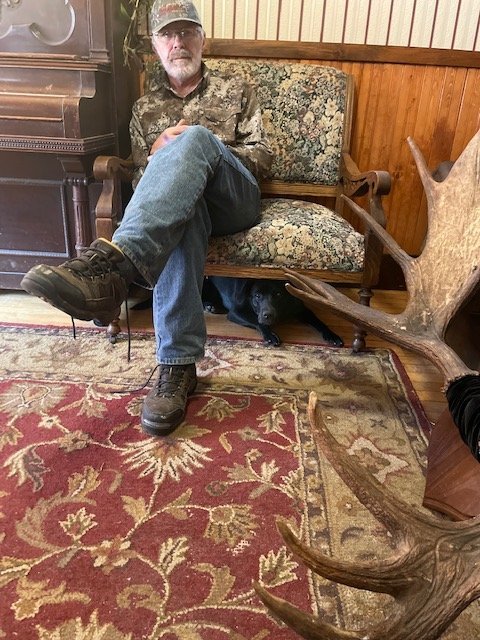 How to do an open mouth bear euro.

How to do an open mouth bear euro

Another off the wall mount