Me and my boy got 3 whitetail food plots planted today! 1 with clover and 2 with turnips. Better late than never. We will be back to Minnesota for the youth season in October and rifle opening in November. What are you doing to get ready?Good luck everyone!

hard to tell from the pics, did you do "no till"? I have some flat areas in a rough part of my land that I'd like to get some turnips, etc. planted in but not sure how best to do it.

100° and dry as a bone here in Arkansas. Hopefully food plots will go in here on the farm in early Sept.

I did disk tilling but ground is relatively hard. I dispersed seed into all areas....... hard and soft. I read this book once that said "whoever sows bountifully will also reap bountifully."
W

jpcoll01 said:
hard to tell from the pics, did you do "no till"? I have some flat areas in a rough part of my land that I'd like to get some turnips, etc. planted in but not sure how best to do it.
Click to expand...

What is currently growing on these flat areas right now? Do they have good sun exposure? Where are you located?

"no-till" is vague. One can seed with a no-till drill or surface broadcast without disturbing the soil.

For broadcasting, you want to kill existing vegetation (typically with herbicide), broadcast seed, and then find a way to make sure the seed gets good soil contact. If you can get an ATV in there with a cultipacker to run over the broadcasted seed that is ideal. A lawn roller may be easier to find/rent if you don't want to pay for a cultipacker. Ideally you'd also want to do the broadcasting with a good rain in the forecast to increase germination rates. Vegetation/thatch management can make a big difference in how well it works as some thatch can do a lot to keep the surface soil cool and moist and also help with weed suppression.

Using tillage typically increases you odds on germination but it also comes with additional time, costs, and other down sides (more susceptible to drought, soil health).

2-3 weeks until I try to get my fall plot in. I have some buckwheat that's growing marginally due to some drought in late June and most of July. Hopefully this current moisture continues for a while.
W

I bought a new property last August and am trying to get some new plots established on what was previously hay ground with poorly draining soils. It's been a struggle.

So far this year i've been trying to kill the nasty thick mat of reed canary grass for the main plot to have a chance of growing, planting a sorghum screen, and I just planted a brassica blend in my small plot. I no-till drilled the sorghum screen and I'm not sure it's going to grow into an effective screen this year. I think there are a number of issues but mainly I didn't take the time to get the drill figured out and i do think I would have benefitted from discing up the reed canary grass mat to get better germination.

I drilled in a mix of perennial clover and chicory with an oats nurse crop on the perimeter of one of the plots.

I still intend to plant a grain mix on half the plots - Oats, winter peas, and beans. I'll follow up broadcast winter rye and red clover in early sept in all of the plots for early spring growth, weed control, and nitrogen fixation.

I have a love/hate relationship with food plots. I either need to buy a tractor or get an excavator up there to pop all the stumps and scarify/level out a bunch of area to make it a somewhat level and uniform area.
I have a 2.5ac area that was a hay field way back in the day. It had grown up with lots of trees and brush. When we had the property logged in 2016, they clearcut this old field. My FIL is getting older and didn't have the ambition to do anything with this area. It's tough to access from my property but relatively easy from his property. Between us we have a 4 wheeler, a SxS, and a 4ft tow behind disc harrow from the time of the dinosaurs i think. In spring of 2020 I dragged all the sticks and brush out of there and borrowed tow behind chain harrow and dragged the harrow down the old skid roads, in between stumps, tore out all the old sticks and swaths of yellow grass that had bee growing up etc ..basically made about 1 ac of plantable area out there. Disc it the best I could and got some winter rye started. It didn't grow for crap. In early August I dragged it and disc it again and planted some off the shelf blends. They didn't grow for crap. Early September I planted it heavy with winter rye and it grew great and had a lot of deer using it through the fall.
In spring of 2021 I spread 1000# of lime, in July/Aug I weed wacked the entire area, sprayed it w roundup, and disc it with one of those small discs that mount in the receiver hitch on my SxS and it sits between the wheels (do not buy one of these...they don't do a good job). I planted a mixture of clover, brassica, purple top turnip, chicory and it grew ok but was stunted. I planted winter rye 2X in September and that grew good and the deer used the plot all Fall...actually ate it down to dirt by January.
I left it alone this spring. In late June / early July I spread 1000# of lime, ordered some seed (similar to 2021 blend), and sprayed it w roundup. We finally had rain in the forecast for July 18th so I dragged and disc and drag again and got everything planted on the 17th (10 days ago). We got all the rain and more than was forecast over the next week. I went and checked on it last night and even though it washed out a little in some areas it's doing great. Will seed 2x with Winter Rye in September and should be good as long as the deer don't eat it down to nothing between now and then. 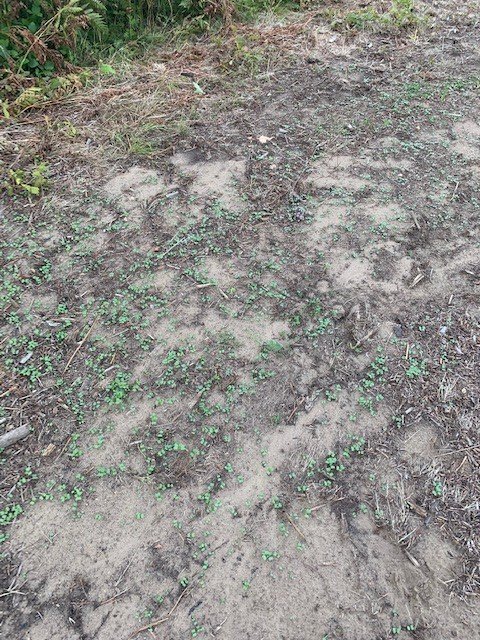 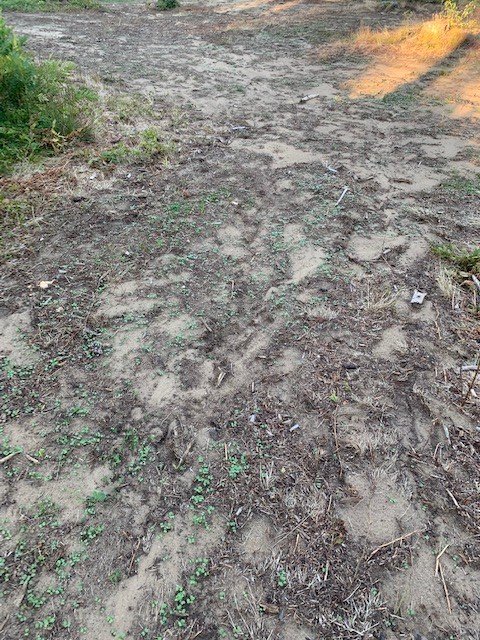 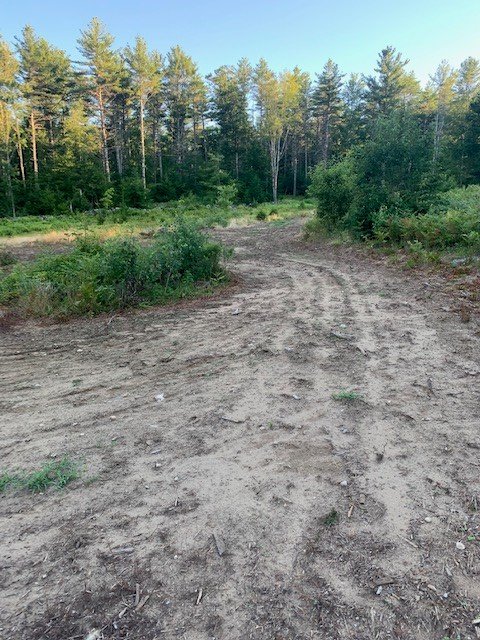 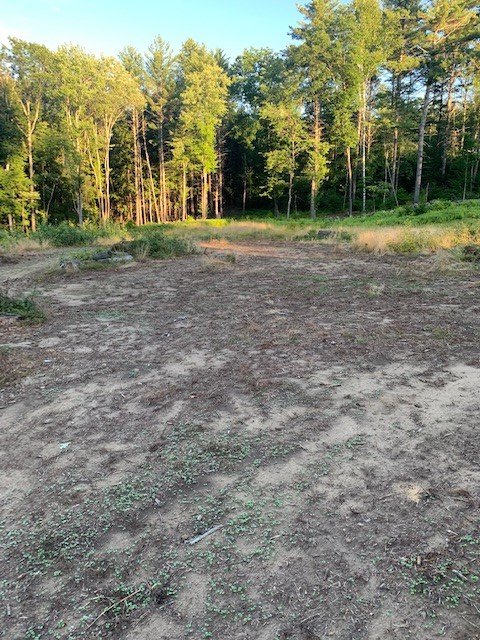 I’ll be planting mine in mid September with accompanying rain fall.
You must log in or register to reply here.

Wednesday at 4:02 AM
Stocker