Got away for a few days to bow hunt hogs over an extended weekend. The fact I’d not looked at the weather didn’t bother me too much. Well, first day was the coolest at 100 F (38C) thru to 111 F (44 C) on the Sunday. I figured the best chance was checking out the numerous dams. It payed off on the Sunday around 2pm, with 2 medium size boars and a smallish sow. The boars were shadowing another sow that was in season. I crept in to 10 yards and smacked the first one that presented, the black boar. The black and white boar had no idea what had happened and stood looking at the black boar running away. The black and white boar Copped an arrow through the shoulders and ran 30 yards before he ran out of petrol and flopped over. My staking gear consisted of crocs, shorts, camo shirt and a cap. Big tip, crocs are not the best choice to stalk in prickle bush, burr country. 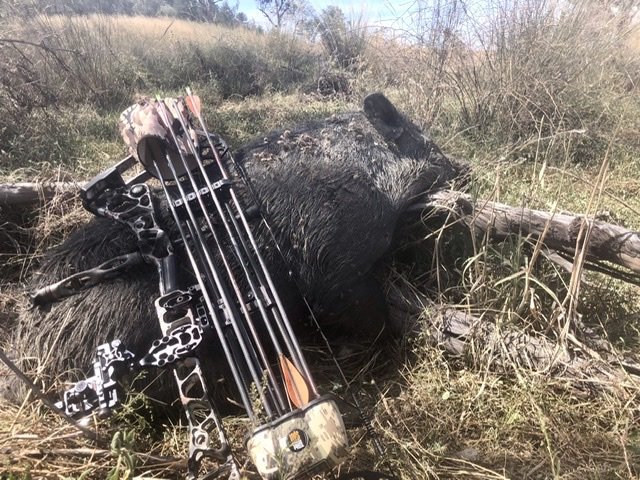 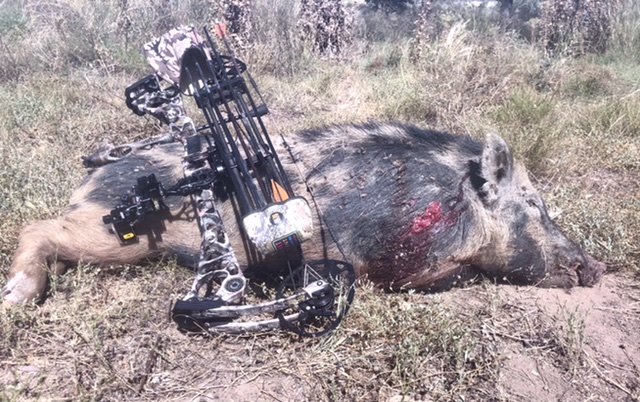 After rehydrating I headed out late afternoon to sit on a dam and tr and whistle in a fox. Nothing presented, so i decided to hang out and see if anything came in to water. About half hour before sunset and good boar came ambling along a game trail. When his eyes were covered by bush i made a move closer the water and got behind a big gum tree. He came in very cautiously and as he got near the water he stopped and looked straight in my direction. Surely I’d not been busted, I thought. I heard a noise behind me and it turns a kangaroo was coming in for a drink also. The boar went about his mud bath. Once he stood, he turned and slightly quartered away. The arrow went through the boiler room and buried in the mud. He took off like he wasn’t hit. I followed him up about 60 yards and he was piled up in some thick dog wood. It was still hovering on 107 F (42 C) and I was out of water. Photos were not the best with plenty of sweat and blood about. He was my best boar so far on this property. He would have nudged the 90kg mark and sported a good set of tusks. 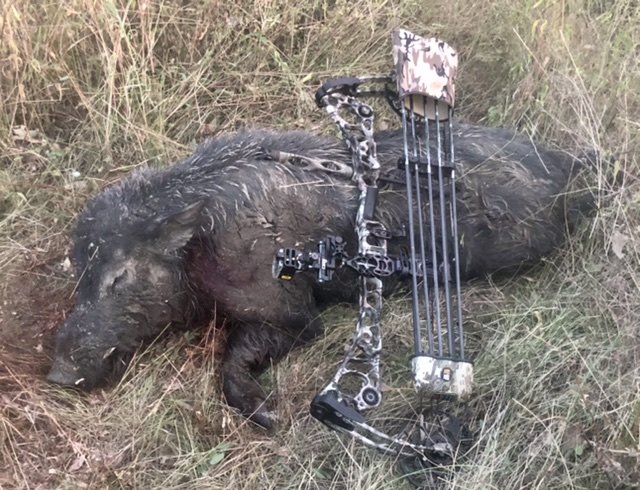 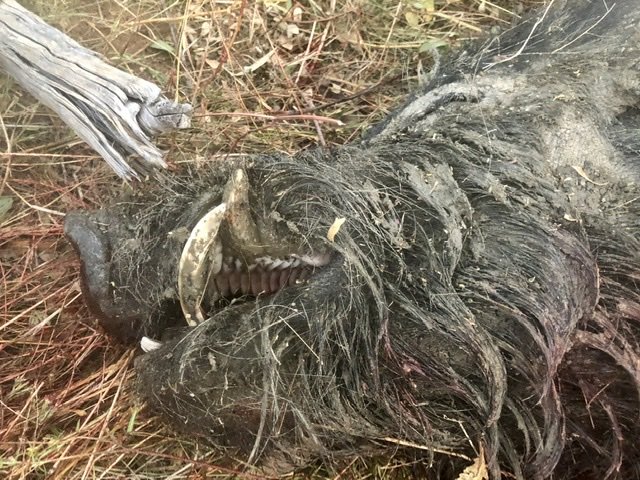 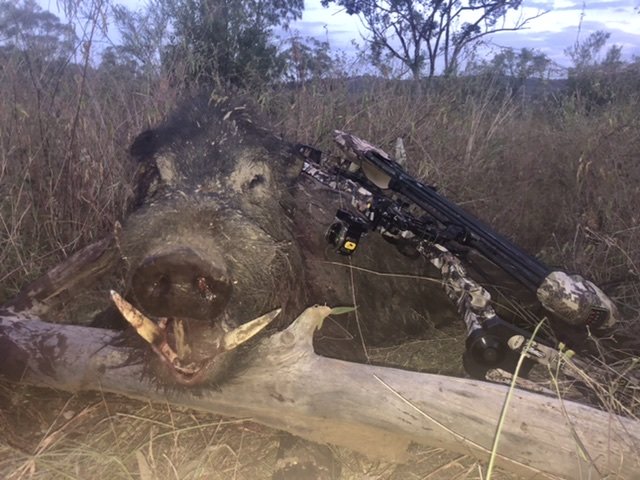 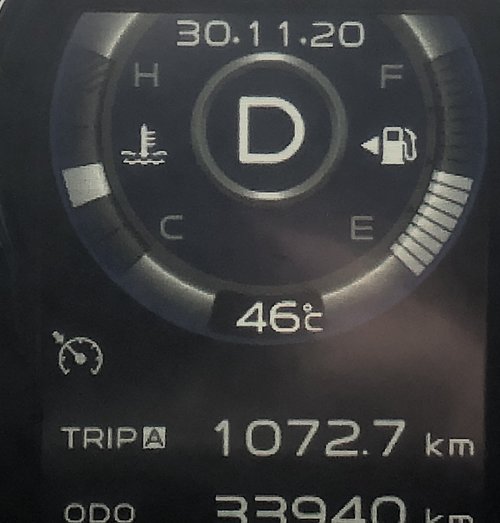 Sat in the wheat stubble one evening hoping for a hog to come in. No luck on hogs but score on the sunset. 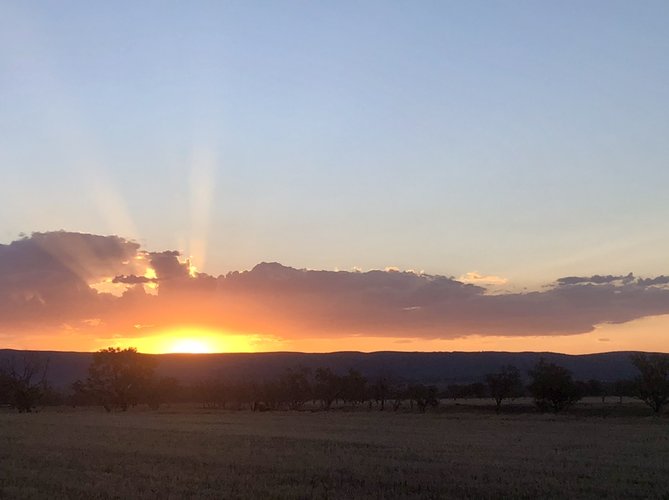 Yeh mate - my best from this property.
You must log in or register to reply here.