I moved to SE New Mexico about 6 years ago. That was the first year that barbary sheep tags went to the draw. I put in every year and finally drew this year. I had a good friend that wasn't fortunate enough to draw a tag this year take me out to a couple of his spots. I hunted for 2.5 days without even seeing a sheep. I did see quite a few deer, including this really wide buck. 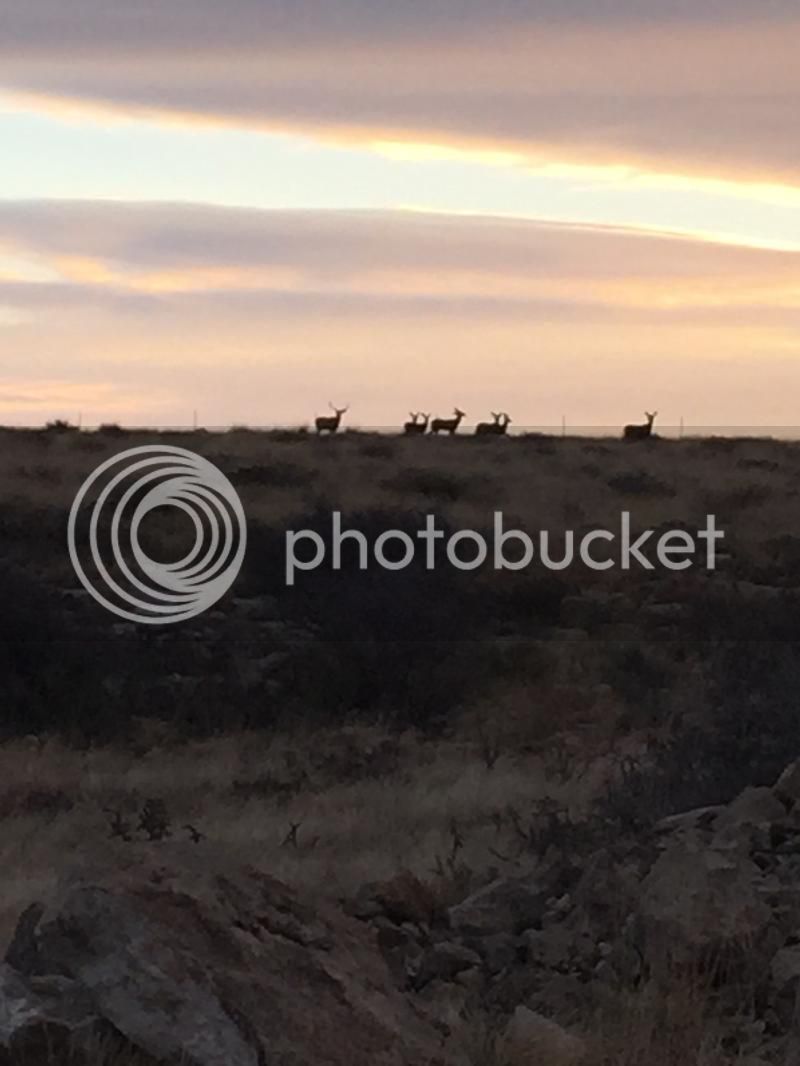 On the third day, after walking about 8 miles already that day, I finally spotted some sheep about 1.5 miles away. My buddy guessed him to be around 30". 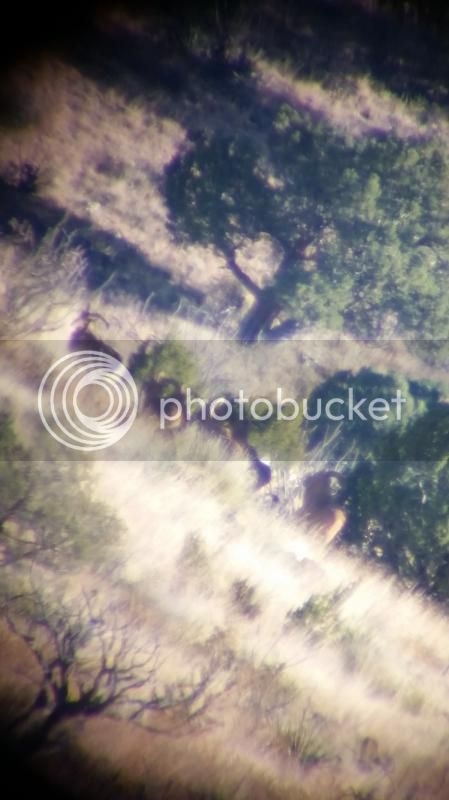 I snuck in and went to fast coming in from above. They spooked and I took a lot of rushed shots as they left the canyon. They would run for a little and stop for a few seconds before taking off again. On my last shot I was able to connect, to bad it wasn't with a sheep. 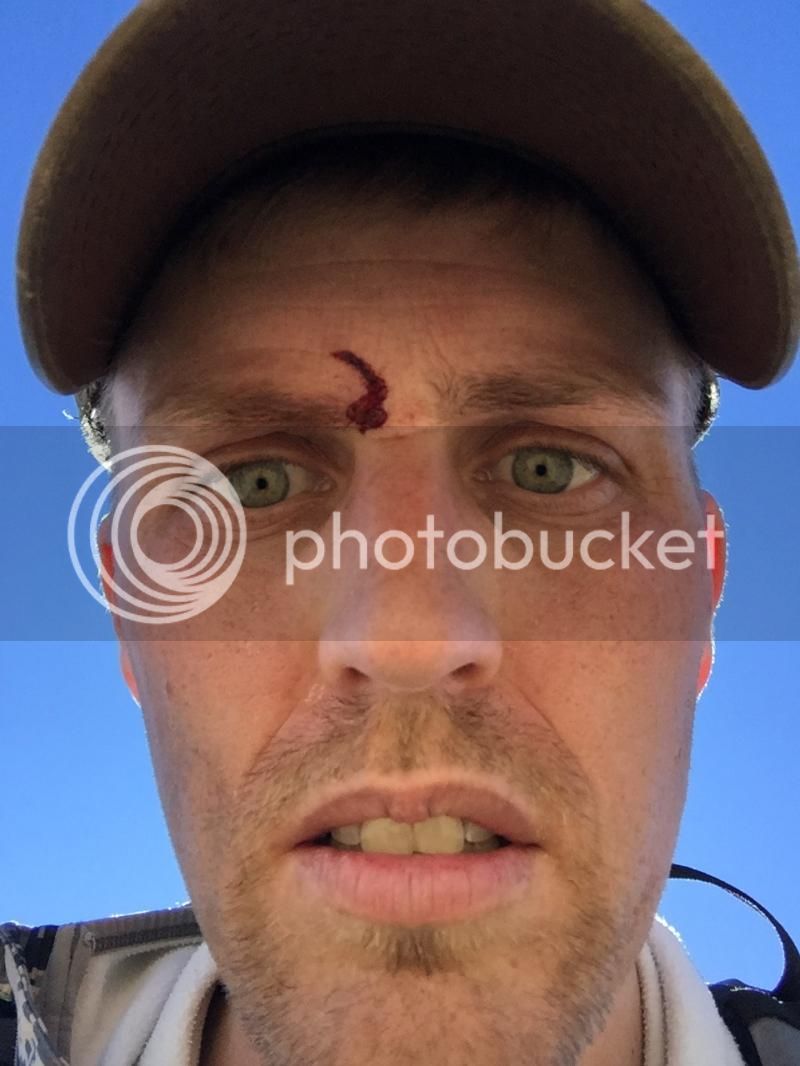 On day four my buddy spotted a herd of sheep within a quarter mile from where I shot at the sheep on day 3. I was able to put on a stalk that put me across the canyon from them, giving me a 445 yd shot. The day before I had been out shooting my rifle after work and shot from 475 yds and was within 5" from the bullseye using the circles on my bdc scope. 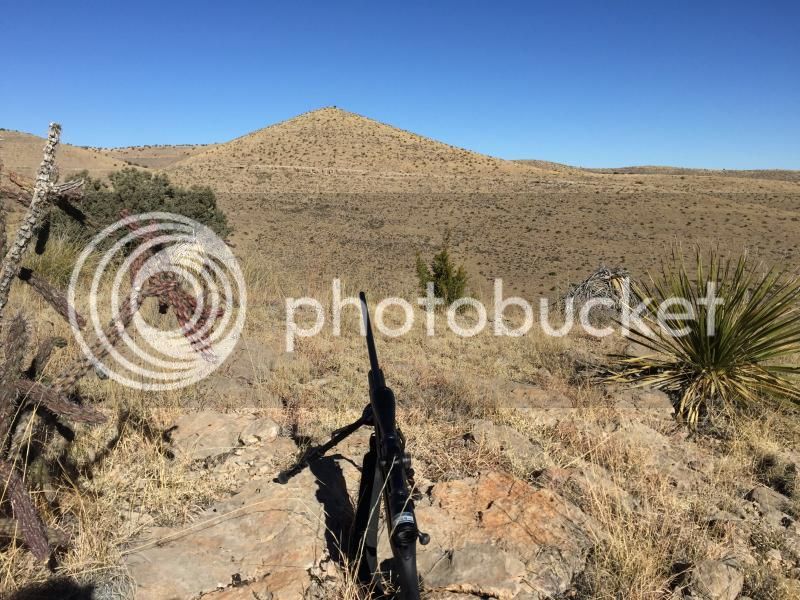 There weren't any big rams in the group, so I just tried to pick out the biggest one that gave me a good shot. I thought I was shooting at a small ram, turned out to be a 20" ewe. I guess I can't judge them all that well. I was still happy with this sheep and the whole experience. 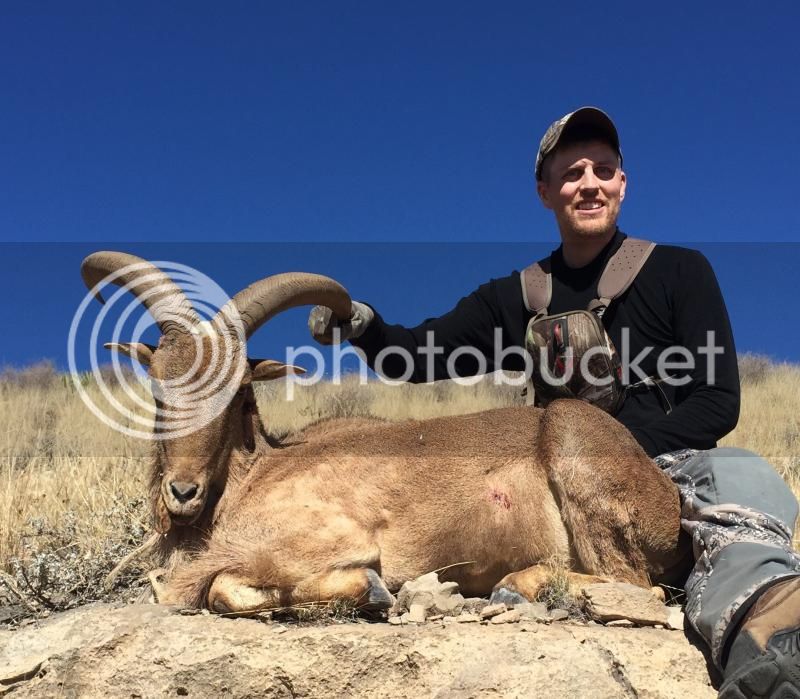 Although my buddy was with me, I wanted to pack out the sheep on my own. I just bought a Stone Glacier sky 5100 from FatRack here on Hunt Talk and wanted to give it a try. Wow, what a great pack. I wasn't impressed with the gun carrier thing, but everything else worked great. With the sheep, gun, and all my gear my pack weighed 67lbs. I hauled a 69lb pack on a coues deer hunt earlier in the year and this load was much more manageable with the stone glacier. Straight line distance was 2.1 miles to the truck. 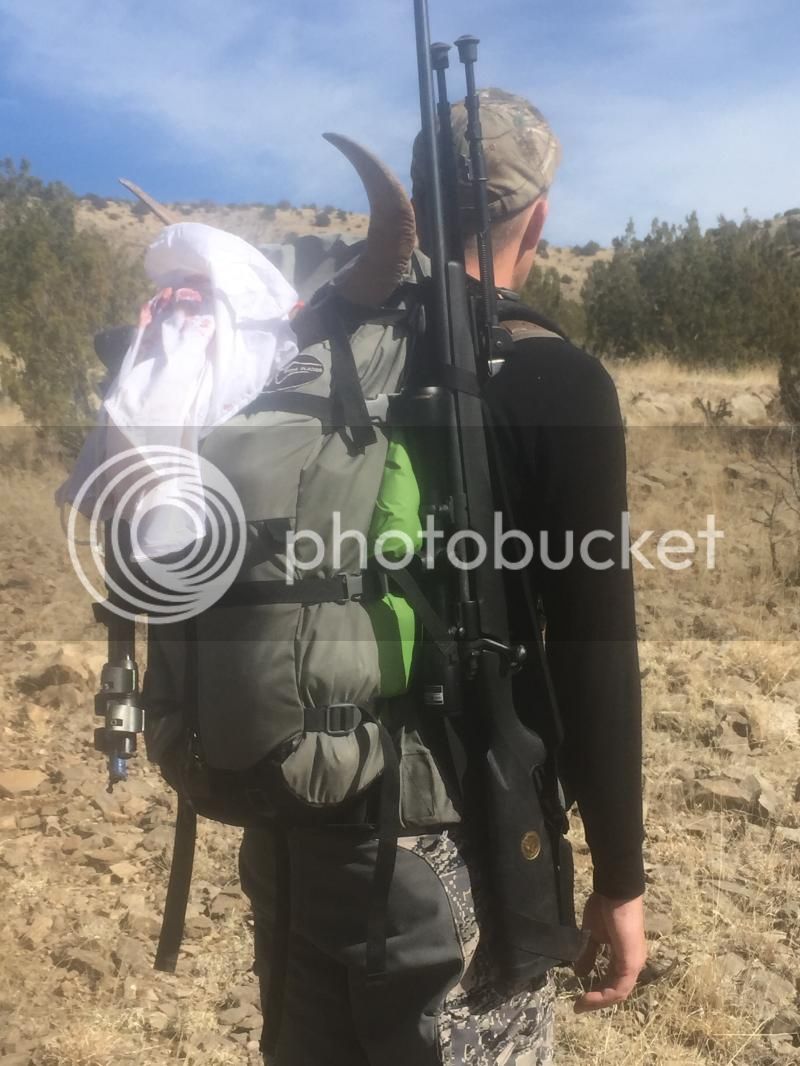 Thanks for the trip report! Auodads in NM is something I've wanted to try, but the current draw situation there has made that nearly impossible.
D

congrats! thanks for sharing.

Good work, Andy! That's not an easy hunt to punch a tag on!
-Cody

Heck of a hunt! Congratulations and thanks for sharing!
H

Nice one Andy!
One of these days I'll give them a try . Oryx first.

I just looked up the draw odds for you. There are 600 tags given for each hunt, which means 36 tags for self guided NR. There were 298 NR applications which is a 12% chance, the other hunt had 305 apps for 11.8% That doesn't seem to bad to me, much better than a lot of the elk hunts for NR.

They are on the life list but I will probably need to pursue a Texas ranch hunt. I just want to make sure it's fair chase and wild sheep when I finally take that leap.
E

I just looked up the draw odds for you. There are 600 tags given for each hunt, which means 36 tags for self guided NR. There were 298 NR applications which is a 12% chance, the other hunt had 305 apps for 11.8% That doesn't seem to bad to me, much better than a lot of the elk hunts for NR.

That is better than the last time I looked! I just assumed the odds got real chitty once the law was changed a few years back on the NR/R split and the 10% going to guided NRs.
V

Awsome hunt. I think that would be really fun to try.
B

Hunted them hard a few years back. Went out every weekend for 6 weeks. Logged a lot of miles.

Was a great hunt.

Only rams I saw were a quarter mile away, straight down.

Does not compare to OP, That is a huge ewe!

My wife and daughter enjoyed this hunt! They got to pull the cactus spines out of my ass after each weekend!
You must log in or register to reply here.