New shot show specials are out from Browning

The barrels are stacked wrong, but I think we could overlook that.

JLS said:
The barrels are stacked wrong, but I think we could overlook that.
Click to expand...

ddcdevelopment said:
beautiful looking over/under. didn't think I'd ever want want to buy a 16 gauge, but that gun would almost make me want to.

Actually, I think a sixteen gauge would be an ideal trap gun for the ladies. Easier to get the weight manageable and still throwing enough pellets to do the job on targets that are medium to long range, especially for beginners who are typically late getting on the clays. I have a sixteen Model 12 with fixed full that I'd love to start my grandson shooting trap. Hopefully ammo will become more available. I think it is no coincidence Browning reintroduced the Sweet Sixteen (in the new inerta format) and now this Citori as it simultaneously committed to bringing out 16 gauge in its trap ammo lineup. I certainly hope their efforts bear fruit on all counts.

Edit: Is anyone making a sixteen gauge gas auto? That would be the ideal trap gun for gals and kids. There's a niche worth exploring!
Last edited: Jan 13, 2021
J

Having shot a sweet sixteen and the new A5’s what don’t you’re like about grip?

OntarioHunter said:
A two shot camo waterfowl gun makes about as much sense as a prom dress equipped with a chastity belt. Especially when shooting steel shot. Why would anyone invest a lot of money in something that handicaps them with just two shot capacity? I would LOVE to find a synthetic stock set for my Citori to make it more field use friendly for a guy who hunts uplands hard. Black would do nicely. Camo is a frivolous additional expense for that kind of hunting. Perhaps this is intended for the turkey hunting crowd? But why would a turkey hunter opt for the extra weight of an extra barrel since they typically do a lot of hiking and often with extra gear (decoys)? Would this thing appeal to shotgun deer hunters? I don't hunt deer with a shotgun but it seems additional weight of an extra barrel would not be desirable for someone already burdened with a tree stand, lunch, extra clothing layers, etc. Given the excessive recoil produced by slugs, I would think autos would be the most desirable choice for these guys. And how do you attach a rail for a scope to an O/U?

This doesn't make sense. And it looks like crap too. A desperate attempt to make a gun with an "innovative" design that has always been marginally popular into something with no chance of success. Whoever Browning has working in R&D obviously knows nothing about hunting with a shotgun. Clearly the designer also has poor taste in currently popular outdoors gear aesthetics.
Click to expand...

Sorry it doesn't come in shadow grass, I agree that pattern is cool... hopefully next time.

Ben Lamb said:
Same kind of guys who like this still think Pam Anderson is something.

Those 16's look lovely, but at almost 7 pounds, I'd pass. You can get a solid Sauer that tops out around 6 pounds in a scaled 16. Truth be told, the Cynergy has some nice lines.

But I'm thinking I may tempt the anger of the checkbook goddess on that Left Handed Hell's Canyon Long Range.
Click to expand...

Mthuntr said:
I have a couple cases of 16ga shells that I use for my junky 870...might have to spend money I don't have on a Citori

I see they are offering several rifles in 6.8Western....fancy 270WSM but in the style of PRC with a 1:8 twist. Possibly a worthy setup to sling some heavy .277s.

Several lefties in the mix too...though there may have been already just never paid attention.
Click to expand...

I like the idea of the 6.8 western I just don’t see it taking off this year with the lack of ammo and Reloading components we are seeing ithink this is the worst possible time to release a new cartridge but I’m sure Browning planned to
Roll this out way before all the craziness happened.
B

Not everyone has class, style or taste.

Fewer still have none at all. Welcome to that bold, rarified world.

Ben Lamb said:
Not everyone has class, style or taste.

Fewer still have none at all. Welcome to that bold, rarified world.
Click to expand...

Jbotto said:
Having shot a sweet sixteen and the new A5’s what don’t you’re like about grip?
Click to expand...

Between the shape and aggressive pistol grip angle, it did not fit my hand well (none of the A5's do). I wish I could justify buying one.

If anyone knows of a synthetic stock semi-auto 16 gauge, let me know. I tend to beat on my waterfowl gun, which is probably the only thing holding me back from buying the new one.
B 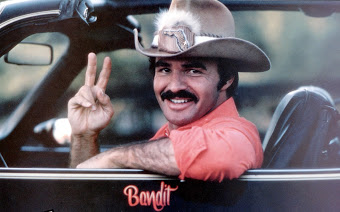 That X Bolt Predator Hunter has been out a while. A local gun store has had one in 6.5 Creedmor since late November 2020. Great feeling rifle.

Ben Lamb said:
But I'm thinking I may tempt the anger of the checkbook goddess on that Left Handed Hell's Canyon Long Range.
Click to expand...

You should give the Max Long Range a look then. It is a bit heavier, and doesn't have a classic hunting look, but I am really happy with it. Especially that flat forearm for resting on packs, I didn't think that would be such a big deal.
You must log in or register to reply here.

Not enough deer being shot in the UK
2