Got out for a few stands this morning. First stand I blew it for myself. Had been on stand for 20 minutes and decided to move on to my next spot. Just get up and start heading back towards the pickup just as a coyote pops over the hill at 400. He quickly turned tail and ran. Second stand was a dud. Third stand I was sitting up on a gumbo knob tucked into a cedar tree. Let out a howl and got a pair to answer me not 500 yards away. Sat there a couple minutes and then gave a little pup whimper. Both coyotes came up out of the draw and trotted to within about 250 yards. Got to sit there and watch them nip and chase each other for a minute or two as they wandered around out there trying to figure out where the sound came from. Gave a couple lips squeaks and they started coming. The bigger of the two stopped about 100 yards out but the smaller coyote kept coming. I usually like to shoot the smaller coyote first on a double as this time of the year that’s usually the female. Then the bigger coyote which is usually the male will sometimes hesitate on running so hard out of the area. Got the little coyote stopped about 75 yards out and dumped it. Swung on the bigger coyote and it made the mistake of running dead away. Sitting up above them all I had to do was put it on its nose and squeeze the trigger and watch it roll. Turns out the bigger coyote was the female and the little one was the male. 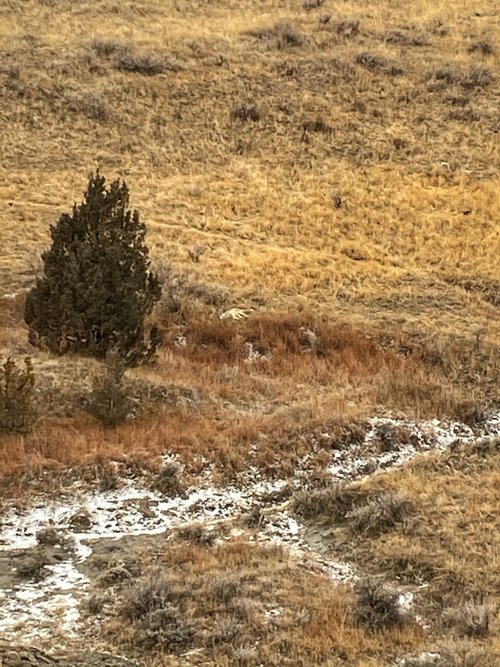 first coyote below me 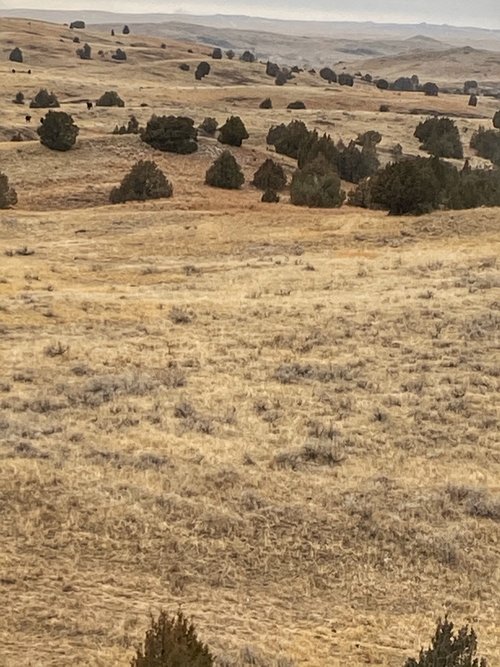 Second coyote down the draw 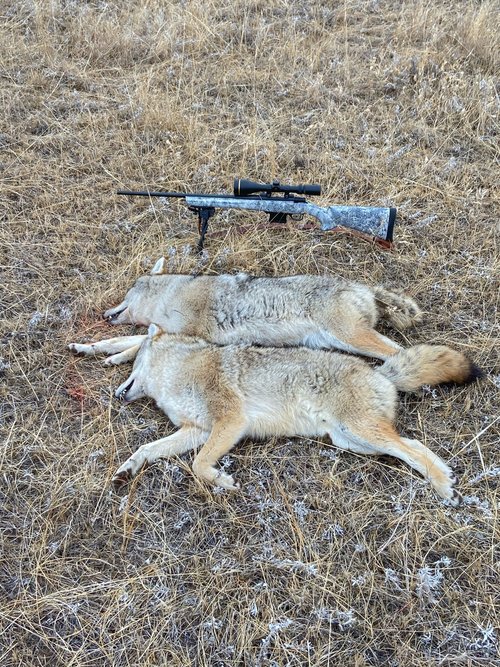 Nice. I love getting doubles

JCS said:
Nice. I love getting doubles
Click to expand...

I’ll have my suppressor by next calling season. Hopefully the doubles come a little easier

brockel said:
I’ll have my suppressor by next calling season. Hopefully the doubles come a little easier
Click to expand...

I've been looking at suppressors for a while. Never got one. You'll have to let me know how it works. Maybe some triples in your future..

A double-dog day, that's awesome!
You must log in or register to reply here.

Thought I was a goner
2

First coyote of the fall