Well, so far the only bear I've seen was a nice jet black bear browsing his way across a SW facing park. By the time I got over and set up he was gone. That was kind of in a break in the rain. Seems like every time I step outside here lately I get soaked.

This weekend I got out twice. I saw plenty of deer and elk, but no bruins. 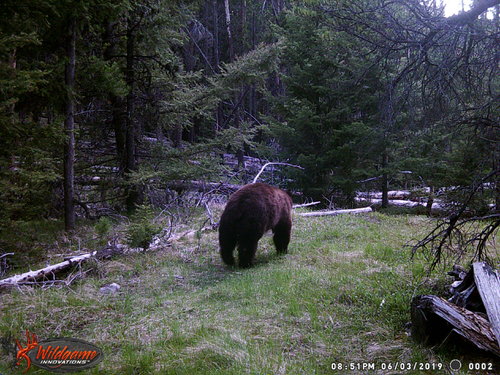 With '19 MT spring season a wrap... My tags came up unpunched though more learned more with respect to hunting in, before, and after rain, large recent burn areas, etc.
Of my time off permitted this year I saw a black sow and cub, griz (pretty sure) and what I believe was a black boar.
In the pic below, that set of trees in front is basically a row that divides an equal sized clearing as the one I was positioned. When positioned where I took this pic, the bear wandered along the other side of those trees.
My plan from my picture position was to shoot through if I glassed a bear on the other side though when that time came I was hesitant to shoot as I couldn't see if any cubs were present and ran out of thin shooting lanes by the time I watched long enough to figure it was a boar.
Flip of a coin though figured this was the best spot due to the ability to ability to watch the large clearing at the end of the dividing row of trees. I hit this area and two other similar parks adjacent three separate times trips as the parks seemed to be a corridor of bear activity. Outside that, packed around a few other locations...
Btw, the pic doesn't have a bear, unless I didn't see it - haha!

Meh... Hunting. Beats a good day at work any day.

I used to be a Montanan and there's no WY bear thread so I'll impose. SUPER late melt this year but finally able to get to trailheads and stuff. Started out slow but saw a few last weekend, one good one I made a run on but couldn't re-locate. I'm about out of days but will see if I can scare this one up again. 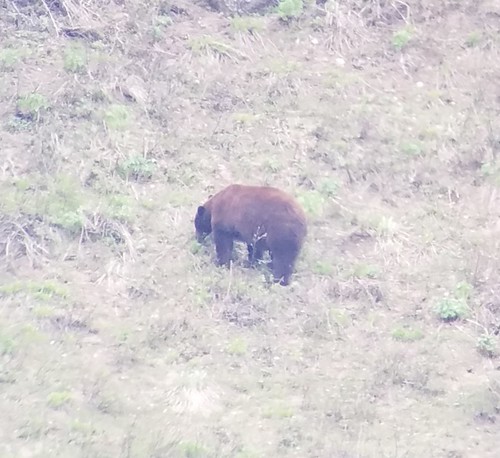 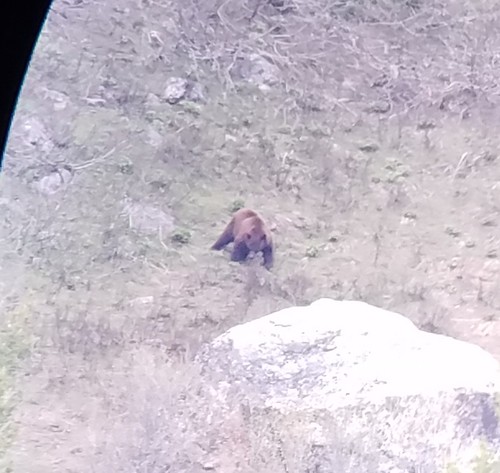 SnowyMountaineer said:
I used to be a Montanan and there's no WY bear thread so I'll impose. SUPER late melt this year but finally able to get to trailheads and stuff. Started out slow but saw a few last weekend, one good one I made a run on but couldn't re-locate. I'm about out of days but will see if I can scare this one up again.

Thanks for Sharing !
That's a great looking Bear !

I have been absent on this thread for several weeks, thought I'd give everyone an update. Two weeks ago I spotted a nice color phase bear at about 8:15. He wasn't in a very good spot and I didn't have time to make a strategic move so I had to walk at him blind through the timber and hope I'd find the right opening. When I thought I was getting close I looked up and he was sitting at the edge of the opening looking down at 75 yards, waiting to see what was coming his way. Once he realized what was going on, he was gone. Last Monday evening spotted a large blonde bear with a brown head across a huge draw. The next day, I rode in on my bicycle with my overnight gear hoping to find blonde bear. After a long ride/walk around the draw, sat down to fuel up and my hunting partner looked down and saw (with the naked eye) the same bear feeding out on a east facing slope just near where we had seen him the night before. We watched him for 3 or 4 hours trying to figure out what he was going to do and paying attention to the wind, when we finally made a move he must have winded us. Hard to know exactly what happened because we lost sight of him during the sneak. Yesterday, had a young bear run across the road on the way to our spot and later on saw a sow with 2 cubs. Those yesterday make the count 31 for the season, surpassing 27 last year. I have Monday, Tuesday and Wednesday's off so these next two days will be the last chance to get it done.

Only a few days left, good luck to everyone!

PS: attached a pic of my new Mystery Ranch Pop-Up 28 that has been amazing. It has been perfect for day hunting and was also well suited for a one nighter.

Shot my first bear this evening. A very light-colored cinnamon bear. Here's a cruddy dead on the ground pic. I took a few better ones w/ my camera. I'll have to post those later. 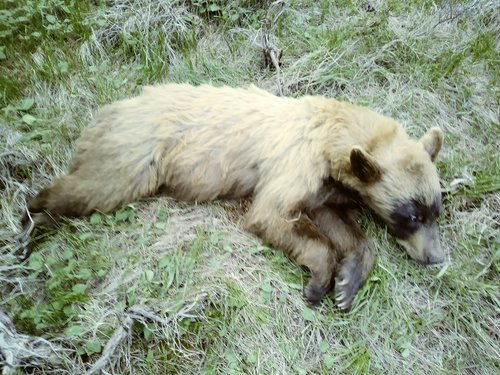 Brian in Montana said:
Shot my first bear this evening. A very light-colored cinnamon bear. Here's a cruddy dead on the ground pic. I took a few better ones w/ my camera. I'll have to post those later.View attachment 108176
Click to expand...

Taking it to the limit!

Some great pictures of Spring Bear's !!

Thank you guys for sharing them along with the stories ! I believe this was my most favorite Spring Bear hunt ever ! With the highs and lows and my heart problems I'm just happy to see one more spring !

It's funny but I'm excited for next Spring already !
A big Thanks to all that posted and commented on this thread !
Have a great summer and let's hear from the Bear hunters this coming fall !!

Location
Over the rainbow

Spring bear hunting is quickly ascending in the ranks of my favorite hunting seasons. I’d say it’s in the top three for sure, top two even. Maybe it’s in large part to just finally getting out and hunting or the fact that nature is so gorgeous in May, it whatever the reason, I truly love the spring season. I also already have new areas to explore and ideas for next year. Cheers.

Here's a pic my daughter took of the bear hide in the back of my pickup. Not a real big critter, but sure has unique coloring. 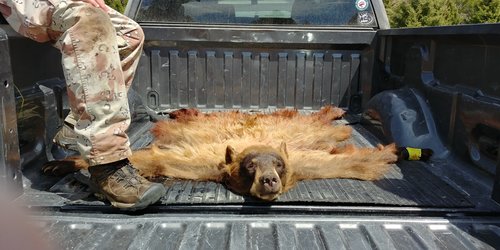 I can't imagine any way possible to get more fun out of a $19 piece of paper. I made one last ditch effort yesterday with no luck.

I didn't keep track of bears spotted or miles logged, but I know I spent parts of 28 different days looking, and lost 16 pounds in the process. Never even chambered a round, but was lucky enough to see a handful of great bears.

One of the best things that's happened during my hunting lifetime is having our season extended from May 15 to June 15. The amount of awesome country that opens up in that later part of the season is incredible. Glassing spring bears in the alpine is just too fun. 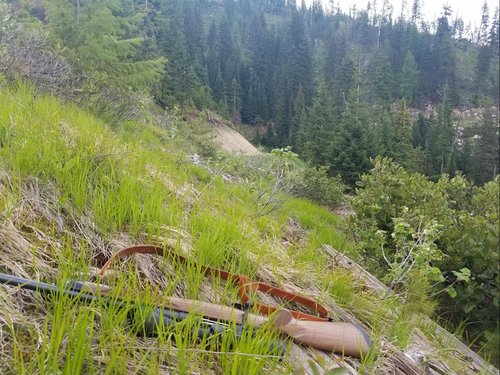 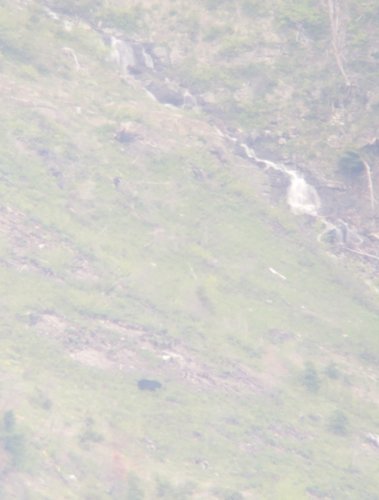 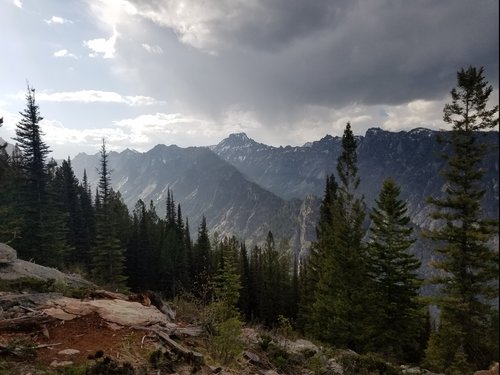 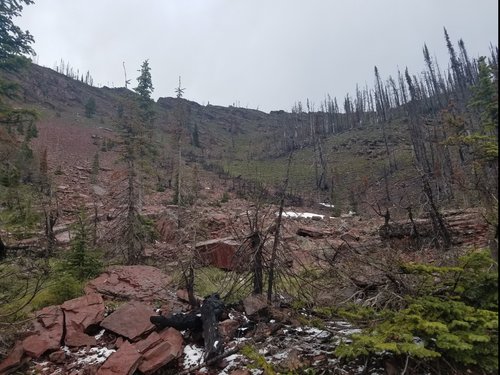 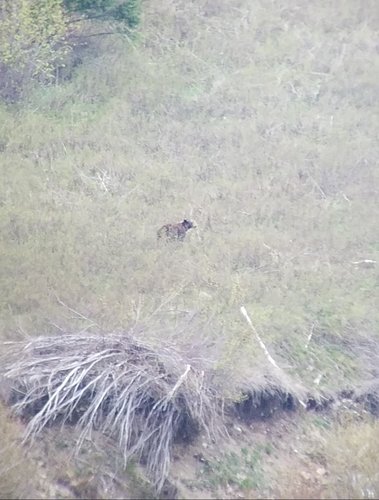 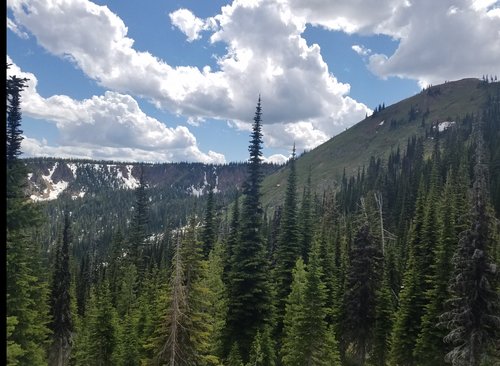 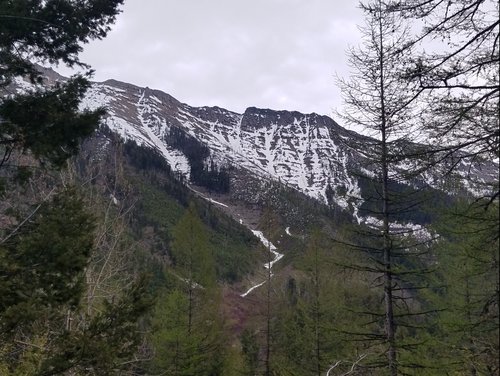 Here's a couple pictures of my little blondy bear. Not a huge bear, sure has unique coloring. 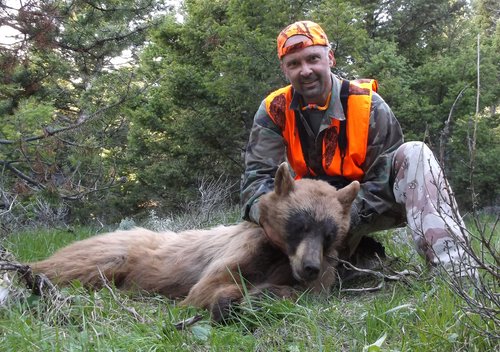 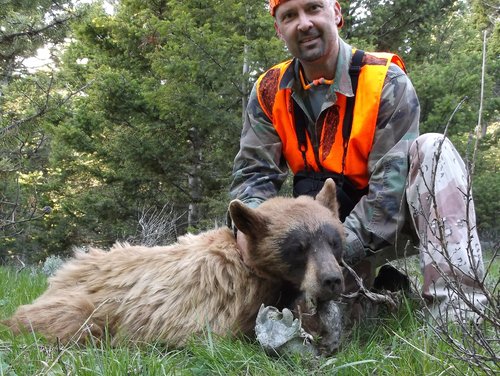 slatebuilder said:
How is the quality of meat on a spring bear compared to that of a fall bear?
Click to expand...

I just think of what they eat . Late rifle season going into hibernation the eat alot of gut piles and anything they can get their paws on . Fall bears around where I live taste great. Full of Huckleberry's . I would eat a fall bear before a spring bear anyday. But then again it's all on how you clean and process and cook the animal.

Well this is the Results of hard work ! It does pay off . Got a Suprized call from my Taxidermist the other Day !! Yahoo !!
Here is my 2019 Spring Bear ! 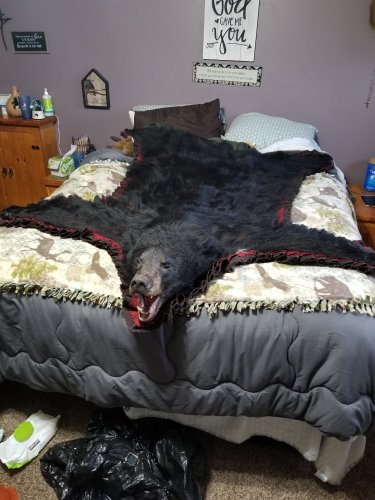