Favorite rifles in safe and why 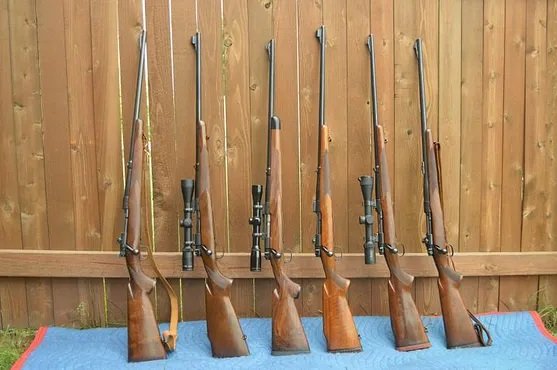 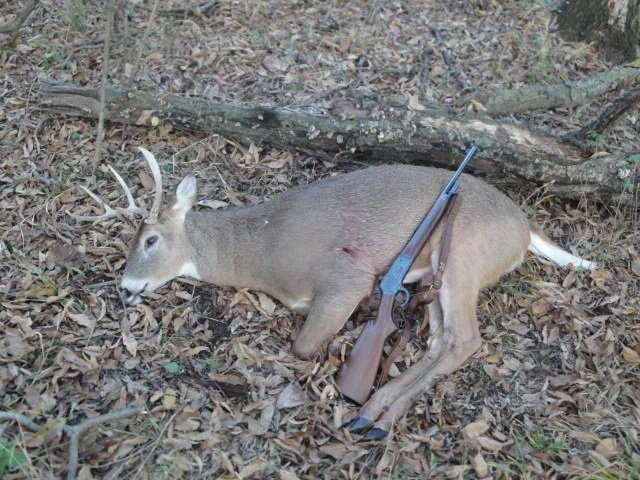 The one rifle I will never part with over any other. 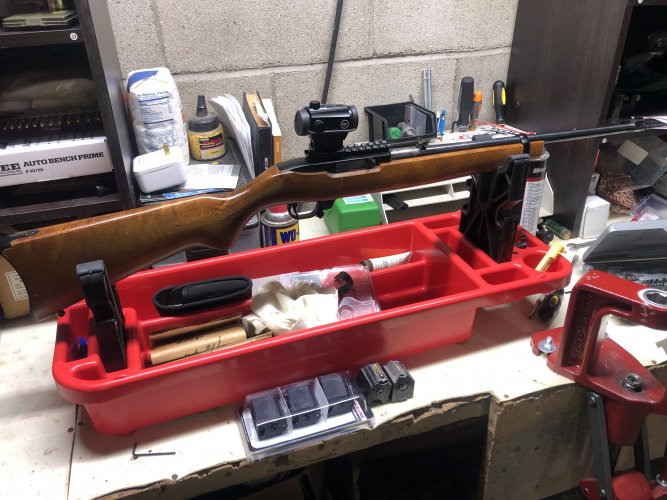 Location
Soon to be rockies (again)

Weatherby Mark V Backcountry 2.0 in 300 WBY. My first big game gun that I saved up for and bought. It’s perfect for me. 4x16x44 Vortex Viper HSLR that I got on sale sits on top. Next year it will get a pic rail with a new Razor scope, and another gun will inherit the Viper.

Browning A-Bolt Medallion in 7 Mag. My first magnum rifle my dad gave me. I learned everything on that gun and have a lot of hard earned opinions with that gun. Alas, I took off the scope I retired it and put it in the back of the safe for it to rest. My son, whoever that is, will get beat up by that gun when it’s his time. When it gets to be that time, a high end Leupold scope will be added back on, just like my dad intended.
T

That’s kinda like asking me to pick between my kids…

Tikka T3 SS 30-06- smooth, accurate, and reliable. Plenty of gun for anything I hunt. Shoots accurately with just about any load I feed it

Savage 116 270 Win frankengun- used to be a 30-06 until I shot the barrel out, then my son and I “built” another gun out of it by putting a Criterion .270 SS OD Green cerakoted barrel on it. That makes it special in and of itself. Likes 140gr bullets really well, but it’s far pickier about what it likes than the Tikka. Sits in an ugly rattle canned B&C stock. Truly a beast of function and not beauty, but it’s accounted for so many deer over the years in 30-06 that I literally cannot count them, and I’m looking forward to starting with the .270 tally this fall

Rem 760 rattle trap on 30-06- was my wife’s grandfather’s, and was in rough shape when I got it. I stripped the lacquer or varnish finish off of it that was peeling and clouding badly, shortened the stock by 1” so that I could add a recoil pad, then gave it several coats of tung oil. Mounted a Leupold VX3i 3.5-10x40 on it to replace the broken Weaver K4 that was on it (no, it was not salvageable). I can only see bucks with it when I’m carrying it. Literally have killed only bucks and never had an opportunity to kill a doe that I remember while hunting with it. Just something nostalgic about it when I take it out of the safe.

Savage 10ML frankengun- I traded into a savage smokeless muzzle loader with a bulged barrel, then found a stainless takeoff barrel online for a decent deal. Had a bit of a struggle getting the headspace set to give good ignition reliability, and it is not the most accurate gun (1.5-2 moa), but it is reliable, hits hard, and is easy to clean. Muzzle loader season is my favorite time of year to be hunting in this area, and is often less than ideal weather along the river where I hunt, so the smokeless ML let’s me hunt worry free in relation to corrosion. I may get a more accurate 45 caliber barrel for it some time later, but it really does just fine for me the way that it is
S

In the safe?
That's easy!
Mostly because there's only 2. Lol

I have a pre 64 Winchester .270 that I inherited from my grandad that I am fond of. Have taken moose, deer, antelope and elk with it. Mostly retired now. Go to is a Remington 700 adl 06 that shoots where I want it too every time. Newest addition I really like is a Henry .44 that I got from an uncle I used to hunt a lot with. Monogrammed with his initials and unfired
T

My favorite is my Kimber Montana in .223. Fits me like a glove, shoots itty bitty groups, and kills everything that's been shot with it.

Location
On the road again.

Right now it is my Bergara Premier Approach in 6.5 PRC. What a gun!

I also love my Browning A-Bolt Stalker from 1996ish, in 7mm mag. I have walked a lot of miles with it and made tons of memories, including my first whitetail. It has a Leupold 4.5-14 on it that I go back and forth with upgrading.

Too hard to pick just one!

I got three.
#1) Ruger tanger 30-06. This bone stock relic is what I started with for a bolt action rifle. Two decades of hunting memories in that scratched up wood stock. Still shoots two touching and the third shot 3/4 inch high and to the right. Never ran anything through it but Remington greenbox 165 coreloks.

#2) Remington 700 XCR 2 McMillan edge classic stock, Timney trigger in 270.
fits me just right and its a do it all rifle for me. I love the look of it. Workhorse.

#3) Montana Rifle Company X2 in 7mm08 22 inch barrel. This is slowly becoming my favorite deer rifle for hunting in Alabama. Very accurate and handy in the climbing stand. Not too much kick and heavy enough to hold steady hanging from a pinetree.
Its raining and muddy in AL during the rut and red clay gets on everything. Wipe this rifles nose off with a damp rag and your all cleaned up ready for tomorrow. Throws 140 Nosler BTs in a tight group.
You must log in or register to reply here.

M
Favorite Vintage .22 Rifle, Favorite Hunting Use For it too