This was my grandpas, he didn't know much about it, and I am having a hard time finding info. I do know it is a .318 rifle. 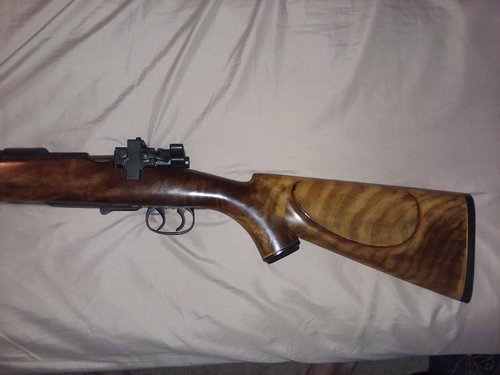 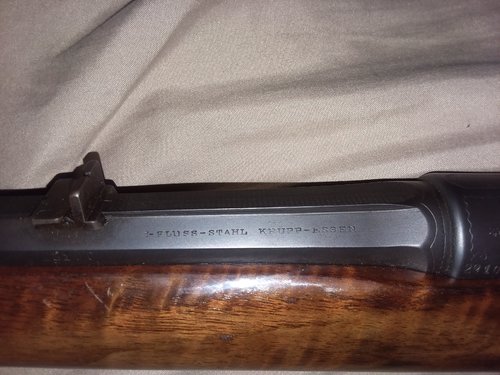 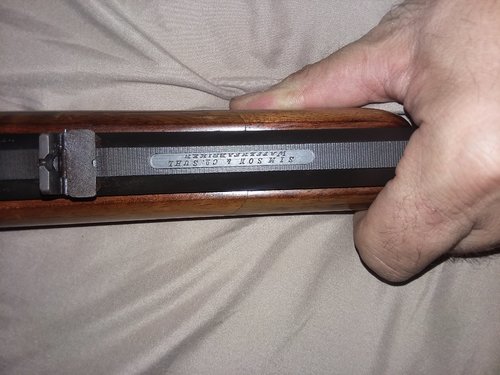 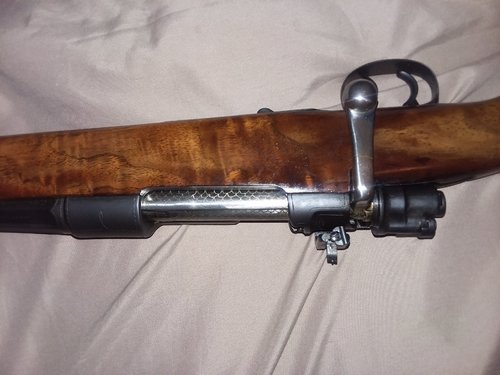 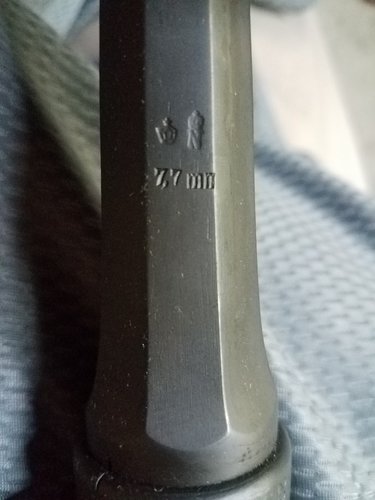 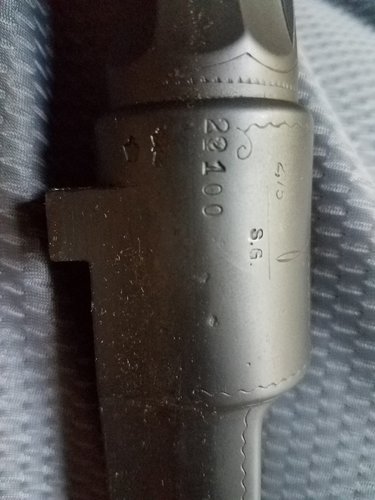 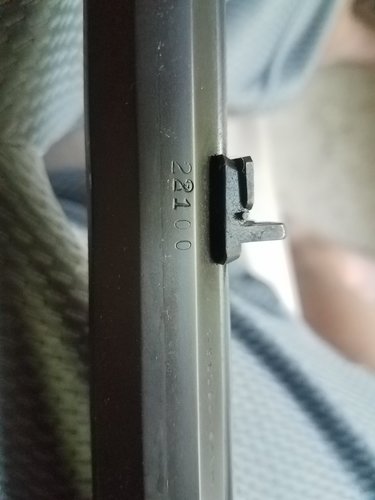 I am not an expert by any means, but I am a big fan of those old rifles. It looks like you have a commercial 98 made by Simson in Suhl, which was a center for firearm manufacture. It was probably manufactured between the world wars. They are nice, solid, working rifles. It does appear that it was either restocked or the original stock was refinished and customized in the 1950s or 60s by the style. I would track down some 8x57J and carry it. If in doubt about the bore/cartridge, have a competent gunsmith slug it and do a chamber casting. Nice rifle, I hope someone here can tell you more about it.
B

Foxtrot got most of it.

Looks like a pre-WWII commercial Simson that's numbers matching. I strongly doubt that the stock is original to the rifle. There are a few gun forums specific to German and Mauser rifles out there with some pretty good researchers who can get you down to year of manufacturer and possibly even provide some catalog images to match your rifle.

Cool piece. Simson was an unique company. It was Jewish owned and taken over by the Nazi's, but before that, had a long and storied history as a manufacturer of firearms as well as bicycles & automobiles, among others. The Simson made P-08 Lugers were the most common luger pistols, as Simson received very large Gov't contracts pre-Nazi takeover of the nation.

For ammo, you can get Sellier & Bellot, and a few others through mail oder. I'd start with the 200 grain bullet and go from there. You're looking at about 2300 - 2500 FPS from a 200 grain bullet. If you hand load, you'll need a special set of dies. Mine are from CH4D. You can also modify a standard *mm Mauser die set by calling the manufacturer and asking for an expander ball to work with the .318 diameter bullet. Not sure the cost of that though.

Buffalo Arms offers the 200 grain spitzer at a decent price for range work, and Woodliegh makes an absolutely gorgeous 200 grain round nose that costs a pretty penny. Because you have a 98 Mauser, I'd not feel like I'd need to molly coddle it too much unless there is reason to doubt the strength of the metal.
You must log in or register to reply here.
Share:
Facebook Twitter Reddit Pinterest Tumblr WhatsApp Email Link
Top