Opening morning 2015 of our, then annual, South Dakota hunt found my buddy and I looking at two very cool and big old bucks. (First and last pic)
We were mesmerized by the floppy eared drop tine, so we passed our opportunity at the gnarly gray ghost we ended up calling Gandalf. He was easily the biggest whitetail we’d ever seen on the hoof. After all, it was the first day. The wind was swirling and my buddy and I never got closer than 100 yards. We hunted the rest of the week and never saw either again.
Our other resident friend saw Droppy once during rifle season, but that was the last we knew of his existence.
We dreamed of that day and those deer ever since. We were back with rifle tags the next year, back with the bows in 2017 and never saw hide nor hair. The question still lingered and we dreamed that either would reappear out of the ether again.

Fast forward to a couple weeks ago when a guy we know from the area posted a video on Facebook as well as pics of a buck and sheds and a little story about this old buck he’s known about for a couple years. Instantly, I pulled up my pictures from 2015 and sent them to my two buddies... could it be!? Could Gandalf still be alive!? Take a look (second pic) at the screen shot of the buck he saw. I reached out to him and shared my pictures and he believes it is the same deer. He also gave me sad news that the drop tine was killed during rifle in 2015.
So, for one, a story goes on, and another the story has ended, but the memories of both will be with us til the end of our days. 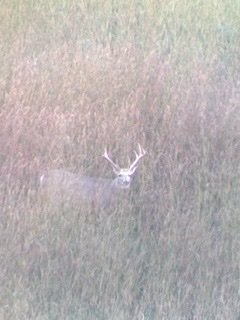 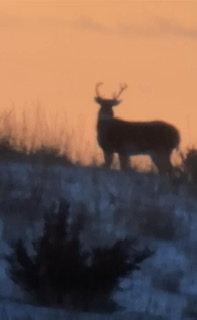 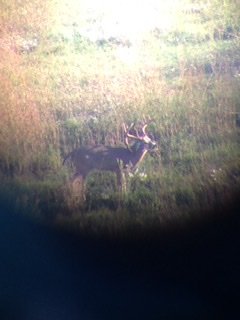 Very cool. A handful of bucks live for a long time, even in heavily hunted places. If they live long enough then you can bet a few guys have crossed paths with them and keep tabs on them.

What a buck. Also, Gandalf is a fantastic deer name.
You must log in or register to reply here.