Hey everyone looking at this thread made me go dig around and look to see what old pics I had and well it was more than I thought, mom gave me a box of stuff some years back as they've gotten older , I never took the time to really sit and look , glad I did ! When I look and the kid in these pics and go back , I wonder how I missed on 28 years without hunting , when I was raised to be a hunter , and I loved it as a kid. I'm so grateful to my parents for the life they gave me and the hard work they did to provide for me . Here's how it went down , in the late 80's mom and dad were making good money then hard times hit and we moved back to Oregon where dads from and I was born , to a property dad bought as an investment while living in AK , 5 acres just outside of Banks Or, mom and dad basically had to start over and work long hard hours , dad worked 6-7 days a week to scratch by , I was an immature teen and didn't understand how hard they had to work back then, we went from owning multiple homes one at the ski resort and new rigs , a plane, Hawaiian vacations and all the good stuff money can buy in AK to old cars and an old trailer in the country and broke , i was way spoiled and it was an adjustment for me i didn't adjust to the lifestyle change all that well . Being new to Oregon in 87 at 17 the only person I had ever hunted with was dad , but dad no longer had any time for hunting or any thing else but work , I remember that first year he got me to go out hunting by myself , but i failed miserably being a stranger in new country and got discouraged. But the woods were deep in my blood and being in the outdoors was always in my heart, I remember there were times in my early days in Oregon when I had to get out in the woods and would drive from banks down hwy 6 and look at a mountain or forested area pull over lock the car and just walk into forest and just wander for hours. Growing up in Alaska in Big county as a kid I developed a great sense of direction and always felt more at home in the outdoors than anywhere else on earth. But the years passed in Oregon and I never got to know any hunters in my area and the folks had to keep long hours with no time off, hunting slipped away . Eventually over time my parents rebuilt there lives and a new home and business and got to retire in 2008, my life went a different way and I got married 3 kids a house and the old way of life faded into the distance, until.... One of the gals that worked for my folks , just happened to be married to a mountain man , logger , hunter a real woodsman . And as there friendship grew they ignited the fire in my parents to hunt again and in the late 2000's the folks were back in the woods , which comes to me , my dad like any father who raised me to love the outdoors, started talking to me about hunting and wanted to hunt with his son and be in the woods together again. So in 2013 I told my wife I'm going hunting with my family, I also ended up divorced that year ,i will let you all read into that. when I got to eastern Oregon and dad and I did our first hike together, it all came back in an instant ! The foundation my father built in me came right to the front . And I knew that I was never gonna miss a hunting season the rest of my life and I was gonna learn about hunting my home state and these last 4 seasons I've got to spend hunting with mom and dad have been so cherished. My life has come full circle, back to where it started . I'm 47 now and have gone 4 for 4 on deer tags and 1 for 2 on elk tags, since i picked the rifle back up in 2013 , but for me it feels like life is just getting started. i hope to hunt out of state in a few years after my spousal support payments come to an end in 2019, i have dreams of chasing some other animals an extending a few season to try and make up for lost time. Thanks for letting me get this all out . I hope you all enjoy the pics, for those younger guys the old man i had my pic taken with is FRED BEAR one of the founding fathers of American bow hunting i think. i went to the Alaskan bow hunters banquet with dad when he got a plaque for his first bow kill an Alaskan black bear 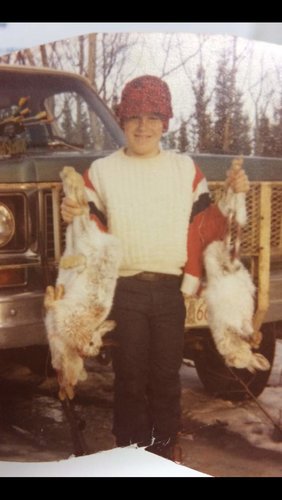 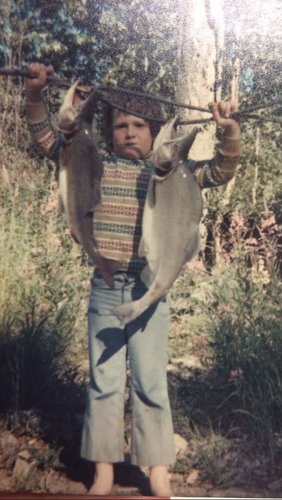 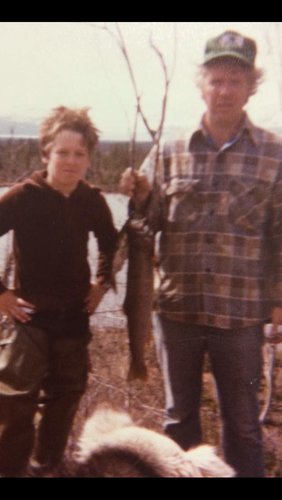 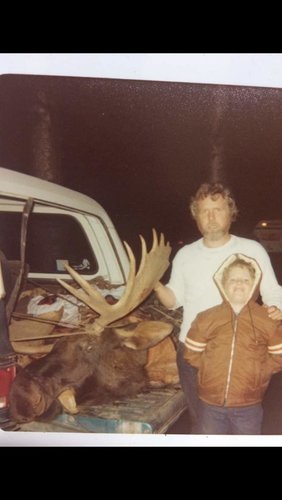 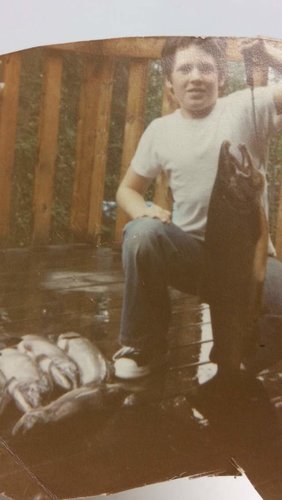 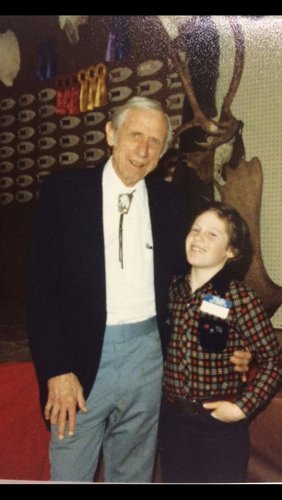 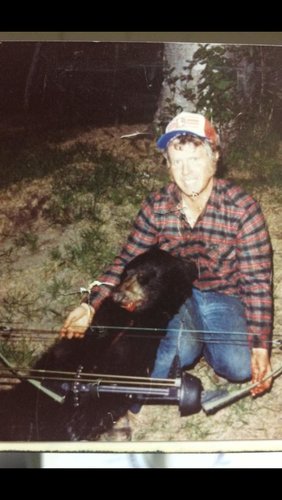 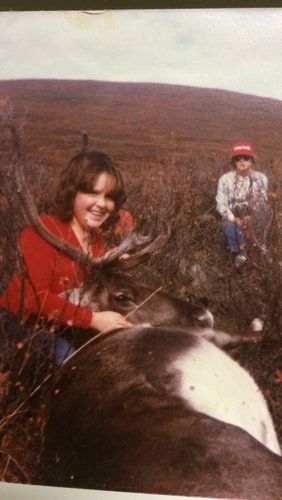 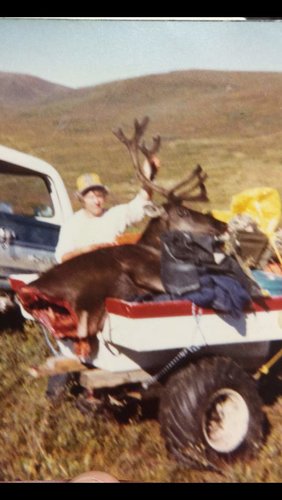 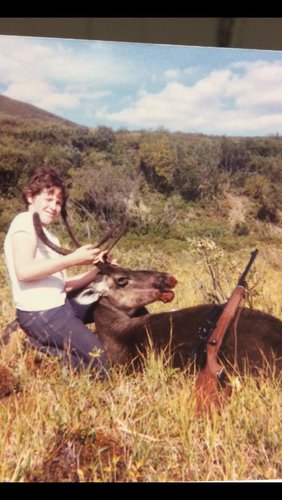 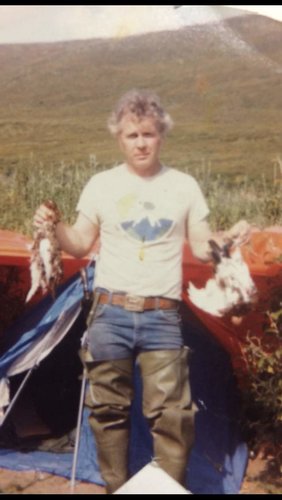 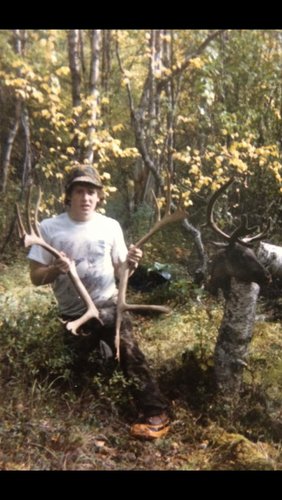 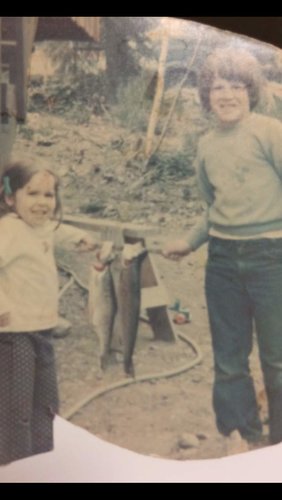 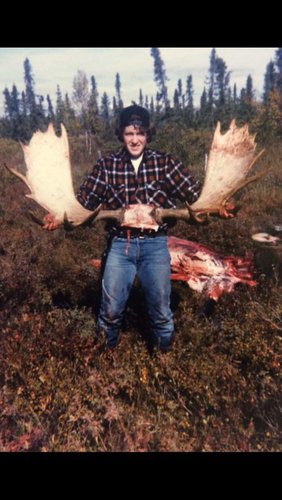 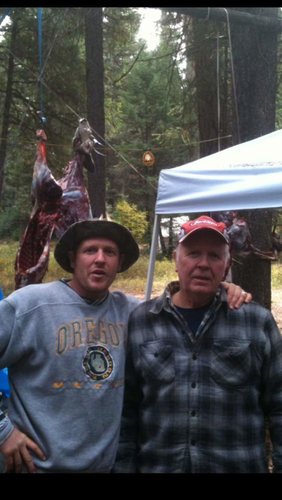 This might be my most favorite pic ! Taken 2 NOV 16 by mom , me at 47 dad at 75 , still a mountain man , walking side by side up the hill each of us with a handful of deer horn dragging my buck to the truck , that the 3 of saw the day before but he gave us the slip and I was able to go out the following morning and close the deal and we took him out together 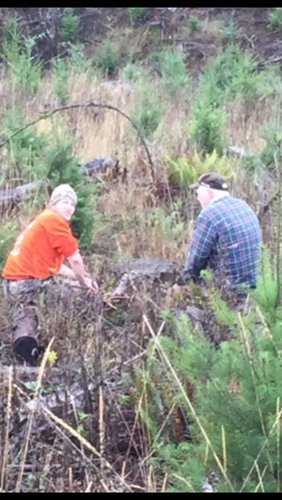 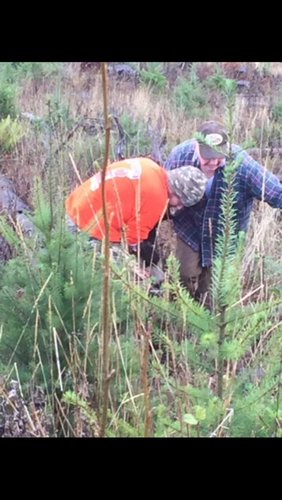 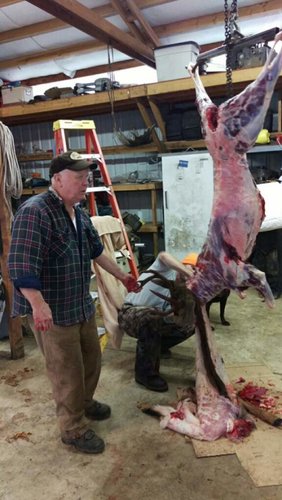 That was really cool. Excellent pics and words. Thanks for posting them up.

Double thumbs up.
B

Great memories. Chris, you age well. Do not look that much older.

Your had some good times!

Great photos, thanks for posting.