All the prep work and second guessing is done. Packed and ready to go. I fly out Thursday morning, and land in Fairbanks that evening to meet up with my best friend from the service. We'll pack his truck Thursday night/Friday morning, find a place to check my rifle and head north. We are stopping in Coldfoot Friday night and will finish the drive to Deadhorse on Saturday. Sunday morning the transporter will drop us off for the week. Lots of glassing, fishing and hopefully putting caribou meat in the cooler is in my immediate future. 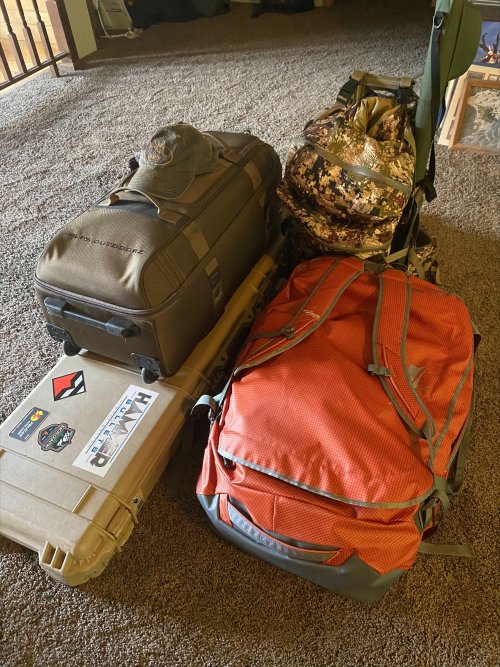 Your in for the trip of a lifetime awesome place!

You’re ahead of me. I’m scheduled to leave for Alaska in 4 weeks but we’re just doing Kodiak Island. Smaller caribou but no guide and good buddies to hunt with. Maybe a Sitka deer too. I can’t wait. Good luck, deer shooter!

Good luck !!! I’ve got mine on the wall, still my most favorite animal to hunt , the scenery is breathtaking they live in an amazing place . Looking forward to pics and a write up 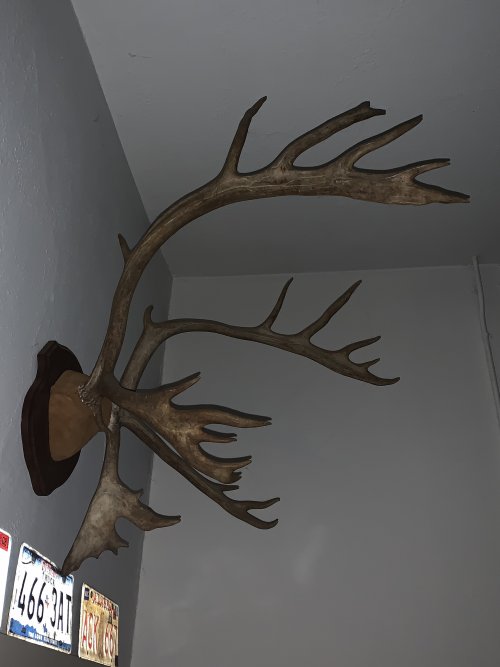 Thanks for including us on your adventure! I've recently seen a couple of caribou hunts on the site and it's definitely got me thinking about it. It would score very high on the adventure scale!

I landed in Fairbanks around 7:30pm on Sept 2nd and all my gear made it. My buddy picked me up and we spent the night enjoying beers and staging gear. Friday morning was spent loading the truck and we got underway around noon. We stopped to doublecheck zeros on our rifles and planned to hit Coldfoot and spend the night at Coldfoot Camp. We got there around 6pm and had dinner there which was surprisingly good.
A couple pics from the highway... 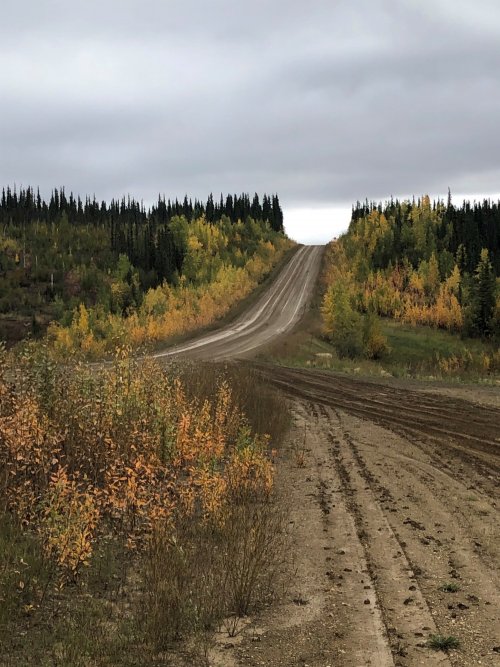 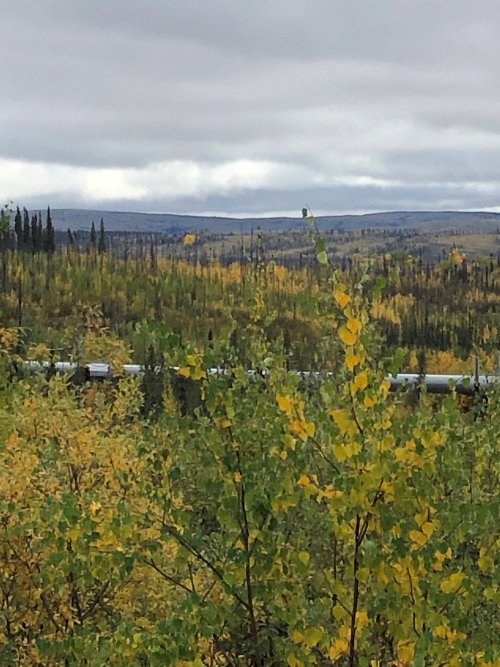 Saturday we continued on to Deadhorse, stopping along the way in Wiseman to say hey to a guy my friend knows and who I had met in Valdez a few years ago.
Its best to fuel up in Coldfoot and check over your rig.

Beautiful drive and surprisingly nice weather. Atigun Pass was interesting, scenic and a little greasy in spots. Got to see a nice bear along the road and caribou were plentiful...

We spent the night in Deadhorse at Brooks Camp which was clean and comfortable. Unfortunately, their dining room was closed due to covid but had a well stocked selection of prepacked stuff like sandwiches, burritos, hot pockets, etc. Our transporters' boat launch was about 45 minutes drive south of Deadhorse and we were there well in advance of our 9am departure.
It was cool and drizzly rain so the roughly 1.5 hour boat ride was a little chilly but good rain gear won out. I volunteered to ride outside just for a better view.

We were dropped off on a tributary of the Ivashak river and my gps showed us to be about 20 miles from the haul road. We had a nice little area to set up camp and the previous group had constructed a meat pole if we got lucky.
The river was only a few feet away so we didn't have far to go to hassle the grayling population. We caught quite a few and had fried grayling most evenings as a appetizer.

It was pretty interesting to see grizzly tracks on the sand bar mixed with our boot tracks. Other than the tracks, we never saw a bear or sign and the transporter told us they had never had an issue with them.

After we got camp set up, we hiked up over the hill to glass and only saw one little cow. We glassed for the next 3 days after that and saw no caribou at all. Lots of geese and sandhill cranes, a couple flocks of ptarmigan and we even had two bull musk ox on the other side of the river. Finally, on Wednesday, we saw a group of 5 caribou probably 3 miles away just before dusk. Too far and too late to go after.
For anyone who hasn't hiked on tundra, its a whole different experience. Its kind of like walking on wet memory foam that has baseballs hidden underneath.

Even though there doesn't seem to be much rhyme or reason to when or where caribou go, on Thursday morning, we figured we would head in the direction of where we saw them the night before. As luck would have it, as we were cresting a rise about a half a mile from camp, we bumped into them on coming up the other side. They were a little too far for an offhand shot and when I got into a kneeling position I couldn't see them. I had to walk at an angle towards them to gain a bit of elevation and finally could get them in the scope. Of course the only bull in the group was behind a cow and calf so I had to wait for them to clear. Once the cow started to trot, the rest followed. I swung through the center of the bull and touched off a shot at around 260 yards. I was quite happy to see him roll. He did get back up and stagger away and was soon over a slight rise. I knew he was hit hard so took my time following up. As luck would have it, he made it another half mile from camp before bedding down where I was able to get in a finishing shot. Amazingly, my first shot went through both shoulders and the exit wound was big enough to drop a tennis ball into and he made it that far. I was shooting my 300WM with 165gr Hammers.

We got him caped and quartered and picked our way the mile back to camp. That evening we wrapped the tenderloins in caul fat and sautéed in butter with deep fried grayling. Hard to beat that. I even brought a bottle of Jameson 18 for the evening toasts.

The last two days were spent trying to get my buddy a bull too. As a resident, he has many options so he was not that concerned on getting one but we did see a couple on the other side of the river and after a sketchy crossing in hip waders we spent an hour or so getting close but couldn't tell if the one was a small bull or a cow so we decided to pass.
Ironically the morning we were getting picked up, we were sitting on the sandbar waiting on the boat and 19 caribou drifted in to sight across the river, including 3 big bulls. No time to try getting over to them as the only spot to get across was almost a mile away. We figured after unpacking our waders it would be 1-2 hours to get across and in range the probably another 2 to get it out so all we could do was watch and hope they crossed over but they never did.

I'm already plotting on going back in a couple years. Everything about the trip was awesome, even the weather, which I didn't expect. Second morning we got a heavy dusting of snow but after that, it was low 30's at night and upper forties and sunny every day.
I'm happy to share via pm any info on the transporter for anyone interested.

Congrats
You must log in or register to reply here.