Spent a full day driving and glassing bucks before realizing I wasn’t going to get a giant this year. Actually ran in to this guy scouting but didn’t figure I’d get a chance at him. He didn’t stand around long enough to get a real good look at what was going on with that right side, but long enough to know he had something funky going on. This unit isn’t known for too many crazy big antelope, but this one sure fit the bill of standing out from the rest.

Fun little stalk through some fog and watched this guy chase off a smaller buck to close the distance to just under 300 yards. Slight quartering-to shot so caught one lung and hit a bit further back than I wanted on the exit, but he ran in a circle hard, spewing blood the whole way, and tipped right over. 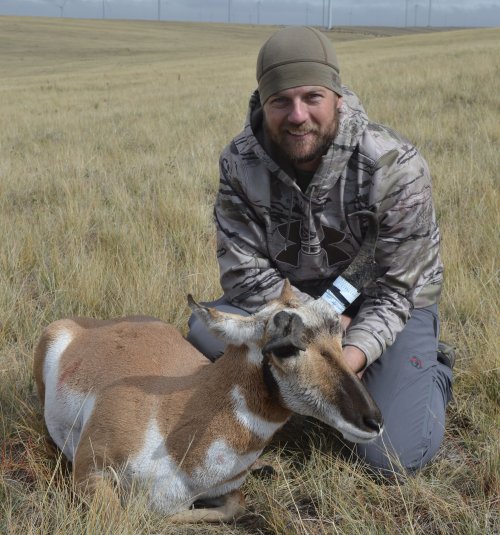 Was a fun cap to a trip with my uncle and another buddy from back home who both also shot nice bucks. 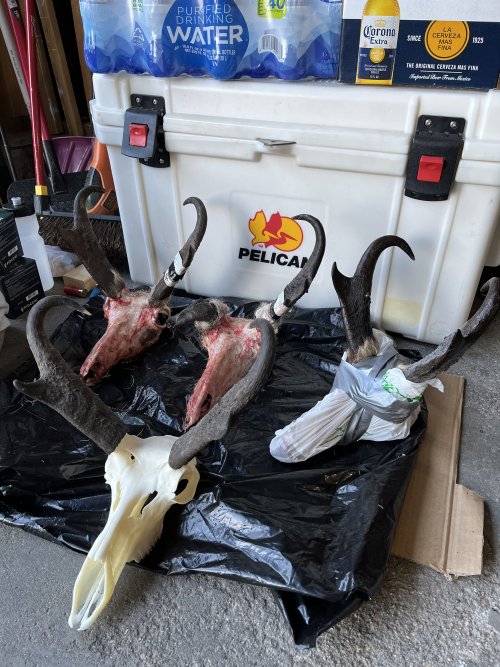 The finished skull in the front is one my wife shot several years back that we were using as a gauge for shoot or pass. She’ll certainly let you know it’s the biggest in the house. Her record may stand another year, but I’m coming for it.

Congrats on the buck!

Good for you.
You must log in or register to reply here.