the area I drew was not my fist choice, It's a great unit if you're a heathen back pack hunter but at my age I'm not quite up for that. any way I looked over the maps and found this basin that was seemed accessible to me, the south slopes looked to be open for feeding and the north slopes had broken timber for cover so I thought I'd go look it over.
Here's what the country looked like driving in. 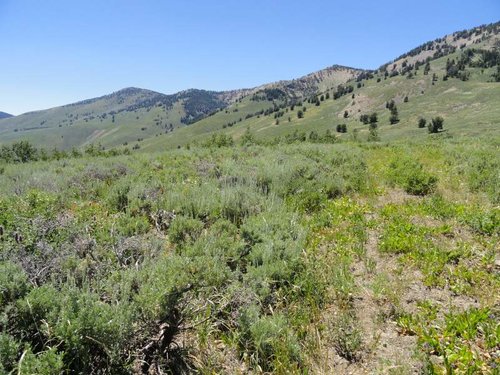 For weekend hunting\Scouting trips I go pretty much bare bones 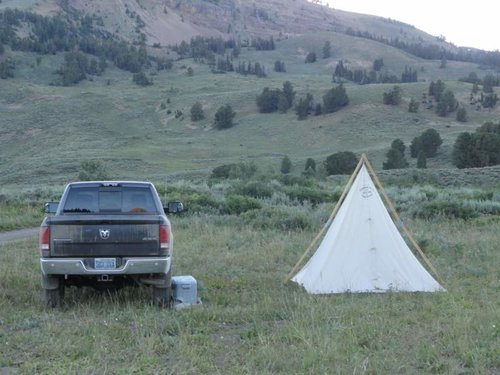 After climbing to the rim of the basin, I was disappointed to find the South facing slopes that the shading on the map I assumed to be open grass hillside was actually mostly caprock not much grass, and the North facing slopes with broken timber Was also bare of any grass. 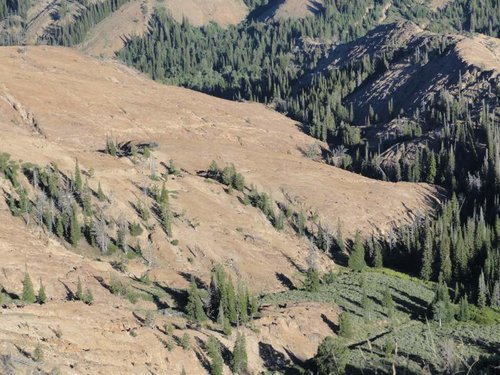 It was too late in the day to move to a different location so I decided to sit and enjoy the passing of the afternoon, at least I wasn't sitting around the house.

There was jus a small area in the bottom that looked to have a seep area, had some grass. 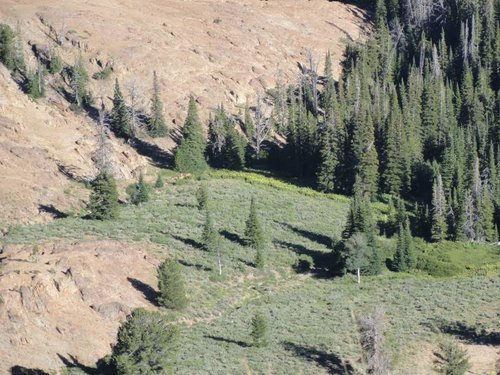 When out from under a lone pine out popped these four Bulls, (2) 6 point, (1) 5 point, and a 6x7. They've found them a little oasis. I'll keep them in mind if I don't find another area with more numbers. This would be a one time only hunt, If you were to bump em, and not get one they have to reason to stop moving for miles. 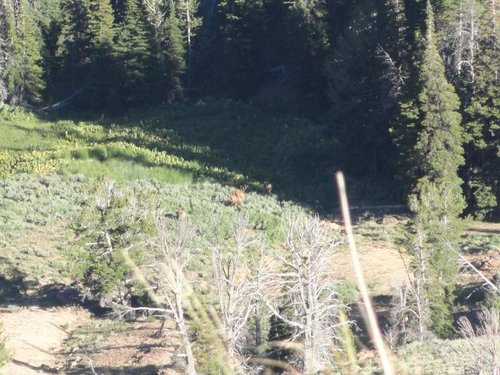 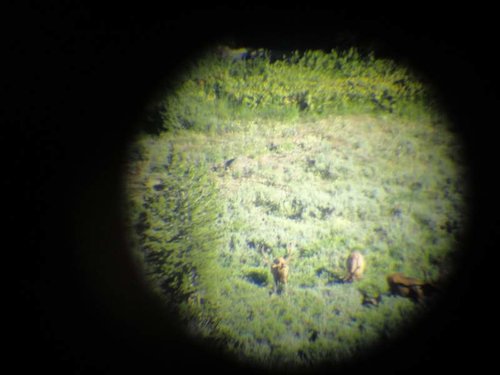 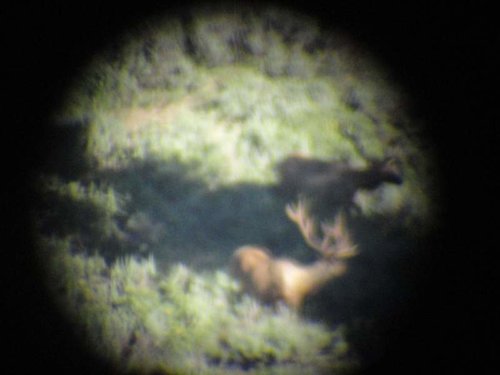 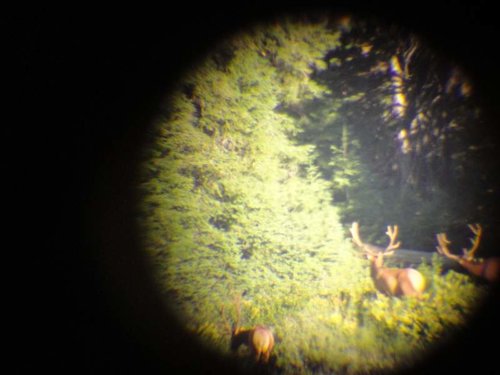 Looks pretty great! I hope they stay there for you.

Those are the out of ways spots I look for.
Nice pics.
Good luck
H

very nice, good luck on that

Nice NVArcher! I'm glad your scouting trip went well - looks like you found some good ones. I will not get to scout 072 again next week like I planned but I will be going over Labor day weekend. I was surprised that everywhere I glassed over the 4th I found bulls. Best of luck to you - kill a good one and keep us informed.

NV_ARCH3R said:
It's a great unit if you're a heathen back pack hunter
Click to expand...

Hey now! Some of us take offense to that! Pretty strong words for a guy sleeping in a tee pee! Ha! Looks like you found a nice little pocket. Good luck! Those are some neat bulls.
P

Ok being the new guy here I fully expect your kind and gentle GPS coordinates ASAP. I would also request a full scouting report with pictures, date and time stamped, for next August as well. :hump: Also, would anyone like to loan out their ex wives as pack mules, either for my gear and if the dumbest elk in the state of Colorado would happen upon this flatland Cajun?

Looks like a successful scouting trip. Good luck on the hunt.
R

Good job and the best of lick to you.
You must log in or register to reply here.

C
What is considered 'cold' for elk?
2

ive found the cows, now what?