Thank you HuntTalk! Tagged out in Jabridge

A couple days ago I posted asking about a unit I’ve never been to or heard of, asking where to find elk. Well, I got a lot of messages from people offering up there knowledge of the unit! Thanks to you guys I was able to tag out solo! Jabridge Bull.

Story for the hunt. On Thursday I got the tag because someone turned there tag in. Who knows when I would get the opportunity to hunt Nevada so I took up on the offer instantly. That night I frantically looked up where the unit was and where to find elk (including posting on here). Got a lot of great info and decided to head up there Friday morning and print my tag at a NDOW office on the way up. After the very long drive (8 hours) I made it to where I wanted to hunt.

From where I parked I hiked up on-top of a ridge that splits two big basins that would be fairly open enough for good glassing. Well I glassed and glassed until dark with out seeing a single animal. Feeling slightly discouraged I then hiked back down to camp. The next morning I got up before light and hiked up in the dark to the same ridge. Right as it got light I could see elk right in front of me on the same ridge I was on. I quickly pulled up my glass and could only see about 100 cows, some small rag horns, and a mature 5 point with a really small whale tail. Nothing I wanted to shoot. I then started to glass into the basin looking for more ek. Only a few minutes into glassing the basin the herd started to move north farther into the wilderness. I thought I better give them a good glass again just in case a nice bull was hidden earlier. Well, when I pulled up my binos I saw a nice dark horned 6 point which looked good in my eyes. He was bullying all the other bulls and running them off, definitely the herd bull. I ranged him at 550 but still wasn’t sure if I was going to shoot him or not since I am terrible at field judging elk. I quickly called and texted everyone I know pictures of him asking how big they thought he was (I wanted at least a 330” bull based on what I heard about the unit) most people said anywhere from 320-340”. I knew I’d shoot him at that point but by that time the herd was at 850 yards and moving quickly up the canyon. I quickly packed up my gear and gave chase. Because chasing elk doesn’t usually work that well because even just walking they can cover some serious ground I was a little bummed that I didn’t shoot him at 550, but I just kept going up canyon hoping I’d catch them. I got pretty far up the canyon (3 miles from camp at this point) with no luck on seeing the herd, looking at they’re tracks they weren’t running which is a good sign. I checked my maps to see where I was and I noticed a spring just over the ridge from me. I then thought that they might have been heading to it so I decided to pop over the ridge and check it out. When I got over the ridge I could see all the cows and smaller bulls at the spring but not 6x6. I was really doubting he broke off from the herd so I just continued glassing the herd. After 10 minutes or so I could see antler tips in the wash. It was him! I quickly ranged the bottom of the wash and got 330 yards. Definitely a doable shot. Another 10 minutes went by and he stepped out of the wash and cleared the cows so I was able to get a clean shot. I let the first one fly and the whole heard just stood there and the bull looked unfazed. So I racked another one and shot him again, this time he dropped immediately! Bull down!

The 3 mile pack out took me the rest of day and I finished in the morning. He ended up going 327” which I am very happy with! Thank you again for all the help from you guys on HuntTalk! 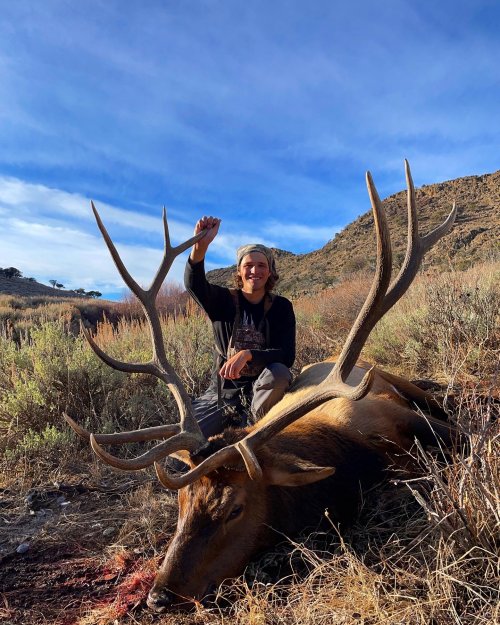 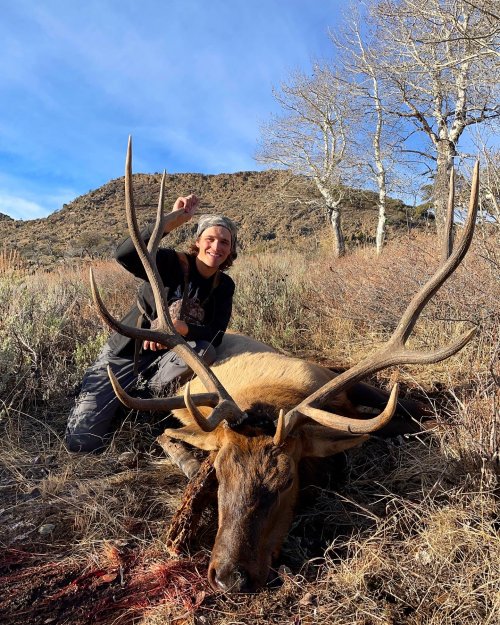 Thanks for checking back in, that’s a dandy bull

@Silver15tacoma Good job and nice bull.
Remember something about this forum. Those guys that helped you appreciate you coming back and telling the story. The other thing, when others ask for help and you can be there for them, make sure to give back. Circle of life on HT.

Congratulations. That’s a great bull in a place I’ve never visited before. The stuff of dreams right there!

That is a beautiful bull. Thanks for sharing. Props to those that were able to help you.
W

Great looking bull. Congrats on getting it done solo!

Incredible! Solo is so fun.

That's awesome, and this is such a great platform. Good job and Congrats!

Great bull, congratulations on that.

Nice and way to circle back with the results!

Congrats on a nice bull!

Hell of a bull! Congrats!

Very nice! Good job. How far was the packout?
You must log in or register to reply here.