Attached pic was from a week of high country backpacking and chasing golden trout. Bighorns near Sheridan - 1991

One of the best gifts I received from my parents was early and ample exposure to wild places in the rocky mountain west. There were a ton of camping and fishing trips before I turned 2 years old. I was brought along mostly because it was their passion, and it was cheaper than paying a babysitter, but I'm very grateful to have been a part of the fun. While I don't have much memory of these things, I have to believe it did a lot to shape my worldview and values as an adult. It's good motivation to continuously involve my 2-year old in my fishing/hiking/wildlife watching and (as soon as my wife approves) hunting. 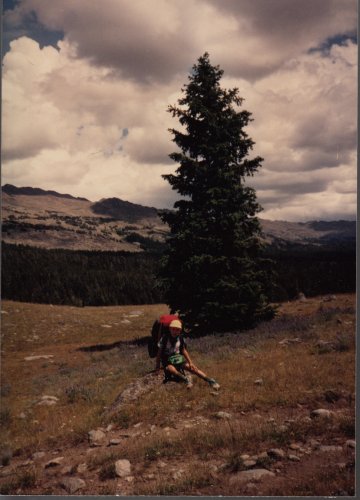 Great memories! My folks weren't as dedicated to hiking in, but I appreciate them getting me out young and enjoying the outdoors!

ElkFever2 said:
One of the best gifts I received from my parents was early and ample exposure to wild places in the rocky mountain west.
Click to expand...

Totally agree! I’m grateful for many similar experiences, it definitely shapes a person. My dad started taking me deer hunting by the house when I was 4, by 9 he had handed me a 410 shotgun and had me deer and squirrel hunting totally on my own. And by 12 he had started teaching me to bowhunt. I remember my 12th birthday sitting in Chuckie Cheese eating pizza. My dad said “What do you think about going with me hunting to Colorado this year?” I said “It would be fun but I have to be 16 before I can hunt with you there right?” He said “Well lucky for you they dropped the hunting age in Colorado to 12 and I’m buying you a deer tag for your birthday!” Back then it was only around $50-75 for an OTC NR youth tag if I remember correct and it was money well spent!!

A love and an understanding of the outdoors makes a more balanced and responsible adult - and a better family along the way!
W

My dad took me bird hunting a lot and my mom took me to the library a lot. Between shooting pheasants and ducks and reading field and stream and outdoor life I invented myself as an outdoorsman and later passed my knowledge on to my wife and three kids. My daughter was voted mrs outdoorswoman in 6th grade and embarrassed all the boys. I hope they pass it on to their kids. I miss having my boys haul out elk for me And I miss watching my daughter shoot......anything And everything.

When this is your first Whitetail, it really raises the bar almost too high. 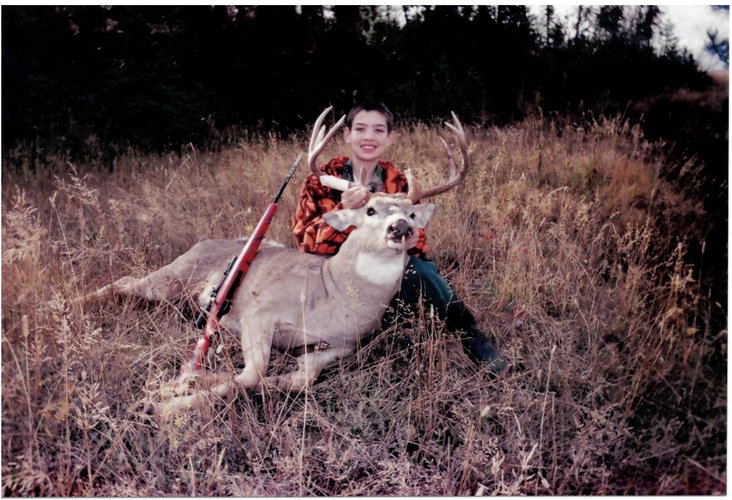 Proud but very much younger dad. 20 Years ago!! 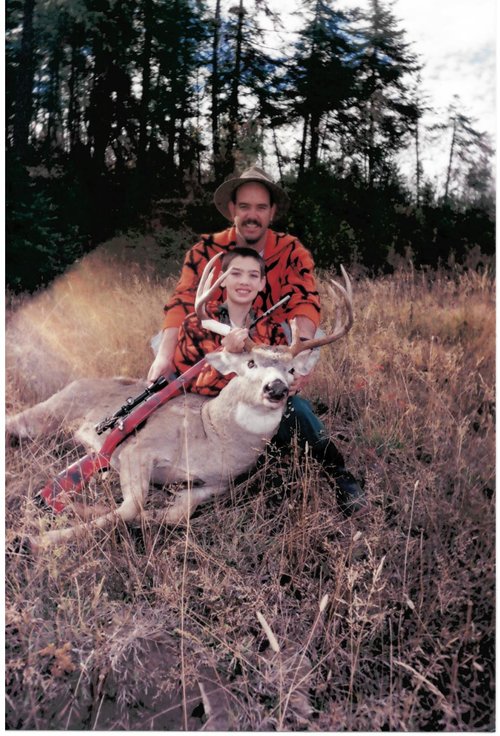 I had seen this buck while bow hunting for elk. I took my boy in to the same burn and told him to watch a specific spot on the edge where I seen the buck before. Thinking not much would happen until dusk, I lay back and put my hat over my eyes to take a field nap. I was bolted upright by," BOOM!". I had told him not to chamber a round so I was going to get after him. I sat up just in time to see this buck hitting the ground, Dead Right There. My son has always been an artist with a rifle.He later qualified Expert as an Army 2nd Lt.

The rifle was then called, "Ugly Stick" It's an M38 Husqvarna Mauser in 6.5x55. I hand filed the 24" 1-7.7" twist military barrel into a straight taper. I got an M95 hinged bottom metal for it, but magazine box was too short. I hacksawed off the front of the box, MIG welded it back longer, then filed and belt sanded it to clean up and re-shape. Paid a gunsmith to drop the bolt handle and drill and tap the receiver. I turned the cocking piece spur off and installed a Bueller 2 position safety, added a Timney trigger and cheap Bushnell scope. All metal except the bolt was painted with black Krylon rattle can. The stock was a dumpster dive with the heel of the butt broken off. I glued on a new piece with supporting dowels and reshaped it. After glass bedding, I put the blaze orange camo pattern on with spray paint. The last step was to cut the LOP for a 12 YO kid and install a pad. My two other also boys learned to hunt on this rifle.

Ammo was a Sierra 140 BTSP handload. Very frangible and works great in the Swede.

I was so exhausted after dragging this hog 100 yards up the burn to the skid road, we decided to go back out and borrow a friend's ATV. I lashed two blown-down poles to the rear rack and slid/rolled the buck up onto the ATV. When I took the poles off, the ATV went over backward! We had to bring the buck forward onto the seat and I straddled it standing to drive out. My son sat proudly atop the buck.
Last edited: Jan 1, 2021
P

Very nice,keep’m in the woods and out of trouble
You must log in or register to reply here.