I went to Nebraska and shot the first 2 deer that gave me a chance....I will return 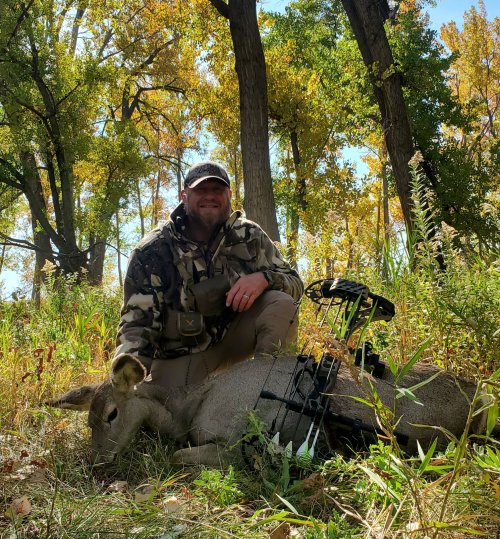 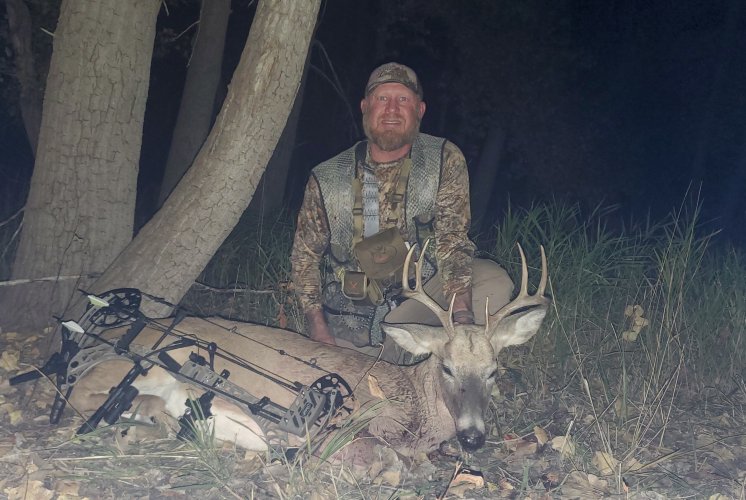 I shot them both Wednesday. I saw around 15 deer in the morning with most on the other side of the tree line I was sitting in. This muley doe came by around 830 and passed by around 57 yards. I let her pass at that distance but about 9 she came back by on the same trail. She ended up bedding about 100 yards away. I was freezing and really wanted to move my stand to where all the deer where earlier. I got down and with the wind blowing pretty good took about an hour to close to within 20 yards. I don't know what I was looking at but looked back to her and she was standing chewing her cud looking right at me. I had a giant cottonwood and small broken branch in front of me. She eventually turned and started feeding/walking away. Shot her quartering away at 25 yards. She went 40 and fell over. After getting her all squared away I moved my stand and set up for the evening. At 550 I noticed a buck standing about 60 yards away coming right from where they went to in the a.m. he started like he was coming straight to my tree but turned and headed back towards a trail that would put him in the open at 40 yards but almost directly down wind. A couple does had popped out and had 1 about 10ft from tree when he hit the opening and threw his nose up in the air. I let the arrow fly and hit him high in the shoulder and knocking him down right where stood I put another 1 in him but don't think it was necessary. I got to thinking and these are the 1st animals I've harvested with a bow since 2010. Crazy.
Last edited: Oct 21, 2022
G

Target rich environment, and you made it work.

Keep that trend going and don't put your bow down.

Awesome! Congratulations on two beautiful critters! Thanks for sharing.
You must log in or register to reply here.