On Saturday February 20, 2016, over sixty Montana wildlife enthusiast gathered along the upper Madison River below Quake Lake to capture and move two dozen bighorn sheep. It was my first experience with the process. There are nearly two hundred sheep in a herd that hang out in the foothills of the mountains south west of Quake Lake. During the past few weeks they were baited with high quality food on a flat portion of private property that can be reached by cars and trucks. On the day of the capture, a drop net provided by researchers from Montana State University was raised over the bait.
Within the hour, sheep began to filter into the area from the surrounding countryside. When a couple of dozen sheep gathered under the net, it was dropped on them and sixty disciplined volunteers and seasoned hands began to “process” each animal.
Teams of three humans worked on each sheep trapped under the net to first get a blinding mask secured over their sheep’s face. Then all four legs were restrained with hobbles. At this point the animals stopped struggling and were then tended by experienced, trained biologists who took a blood sample, nasal and throat swabs and an ultrasound. Then a dozen of the sheep were loaded into a horse trailer to be taken 20 miles north to be released along the west side of the Madison Mountains.
After the first dozen were loaded, the net was reset and the whole process was repeated so that we ended up with two dozen sheep in the horse trailer. The goal is to have bighorn sheep utilize more of this mountain range. A group of sheep were released there last year and some of them indeed stayed and are using their new home ground.
I was proud to be part of this diverse group of Montanans who made the effort to improve the bighorn sheep herds of the Madison Range. The group was diverse over ages, professions and political affiliation. Montana Fish, Wildlife and Parks was represented from a member of the Commission, down through the Regional Supervisor, Wildlife Manager and Administrative Support personnel.
There were plenty of researchers from Montana State University from professors through graduate and undergraduate students and technicians. And then there were a lot of us from the public who were associated with land ownership, sportsman groups, conservation organization and outfitters. What we all had in common that Saturday was our desire and motivation to see wild animals thrive in “our” neighborhood.
I have mentioned no one by name in this essay because I don’t know most of the names, but I do want to briefly mention the person in charge of the day’s effort: Julie Cunningham. She is a Wildlife Biologist for Region 3. It was her day to lead and manage the overall capture and transplant. She did exactly that with a smile on her face and a bounce in her step. You could tell she really enjoyed her job this day.

The photos in this thread were taken by me. For more pictures taken by photographer Ric Horst go to the following URL: 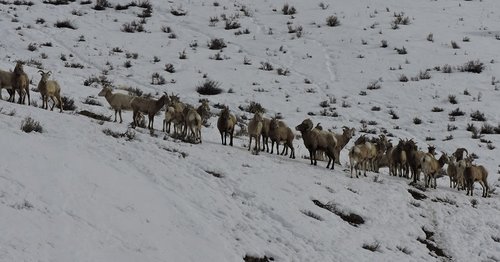 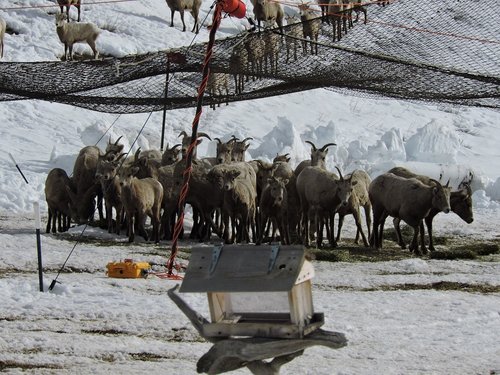 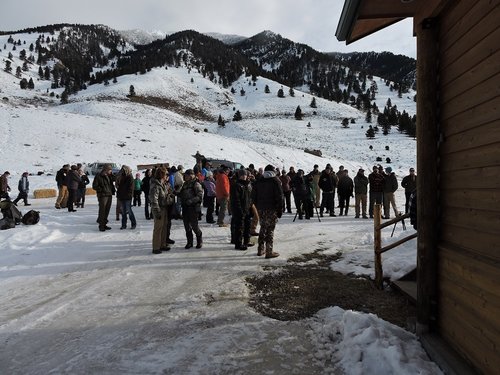 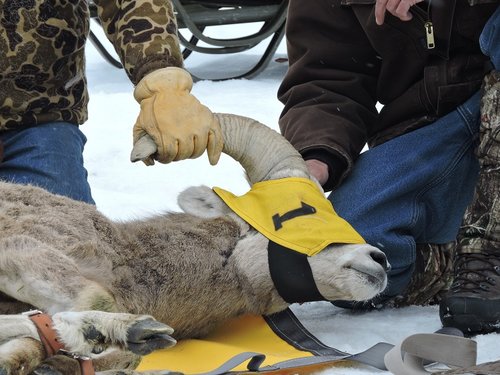 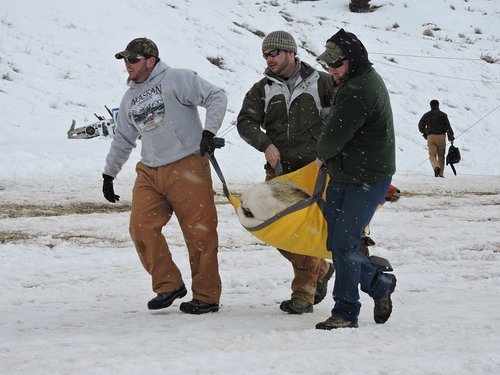 Video from member MHMT. Cool all the way around.
https://www.youtube.com/embed/oLsAs1X8Jug

If I was fortunate enough to own land, I think it would be wonderful to have bighorn sheep on it and seen regularly.

Awesome pictures and a great thing to be a part of What Map. MHMT's video that mtmiller posted is bada$$. Our family cabin is only a couple miles south of there. The Upper Madison Valley is one of my favorite places on earth.

There's a lot of cool aspects to wildlife management, but seeing the care and intent involved in relocating populations of big critters gives me the warm fuzzies.

What a rewarding experience. Someday I would like to help out with something like that. Awesome photos!

Really cool! Thanks for sharing. Where exactly were they released?

Very nice! Thanks for sharing the pictures.

Thanks for sharing. I love that area of MT as well - it's cool to see some sheep returned to a historic winter range.

The video was great.
B

that's so cool! Thanks for sharing
W

The video really captured the essence of the day. Thanks for posting it, mtmiller.
I did not go to the release site, but I think it is at the bottom of Wolf Creek. But I don't know for sure.

What Map said:
The video really captured the essence of the day. Thanks for posting it, mtmiller.
I did not go to the release site, but I think it is at the bottom of Wolf Creek. But I don't know for sure.
Click to expand...

Thanks. I believe that's where the group last year was released also. Seems like I remember reading that FWP wanted to release them at Indian Creek, but a private landowner wouldn't allow them to access the trailhead. I would love to see them keep moving them north in the range.

Thanks for sharing. As a member of the WSF thank you for doing what you did!
B

That is great stuff.

Who knew the rednecks in flannel shirts cared about conservation? (sarcasm smiley here).
You must log in or register to reply here.

Round Two - Looking For and Learning About Idaho Bighorns

P
Story about, When should you give back a sheep tag?
2 3