Daughter decided she was ready to hunt!

Last year marked the first season where my kids would start hunting with me. My son who was 6 a s my daughter who was then 9 started practicing shooting with me quite often. We shot everything from a crossbow, 22lr, to a 20ga. I have a tripod that holds the gun and all they have to do is shoulder and aim. After my son got his first deer last fall and a turkey this spring, my daughter started to show interest.

Fast forward to summer and my wife drew a fairly hard to draw bear tag with 13 points. Per the regs, she could donate to a youth so we gave our daughter, now 10, first chance. I was shocked when she said she wanted to bear hunt. So of course I went nuts with practice, with baiting, and research. She had no clue how hard I was working to make this happen. Running a bait before work, another on lunch, and the last one after work every day was brutal. We spent a lot of time practicing target acquisition, and where to aim on a bear. I’d take a screen shot of the different bears on the trail cam and have her draw the crosshairs on the picture where to hold. We chose to use my 6.5 Grendel in an AR platform because she was most comfortable with it. There was some jealousy from little bro when she was shooting better than he was.

Finally season came and we were after a nice bear she called “junky” and another huge bear she named “cookie”. 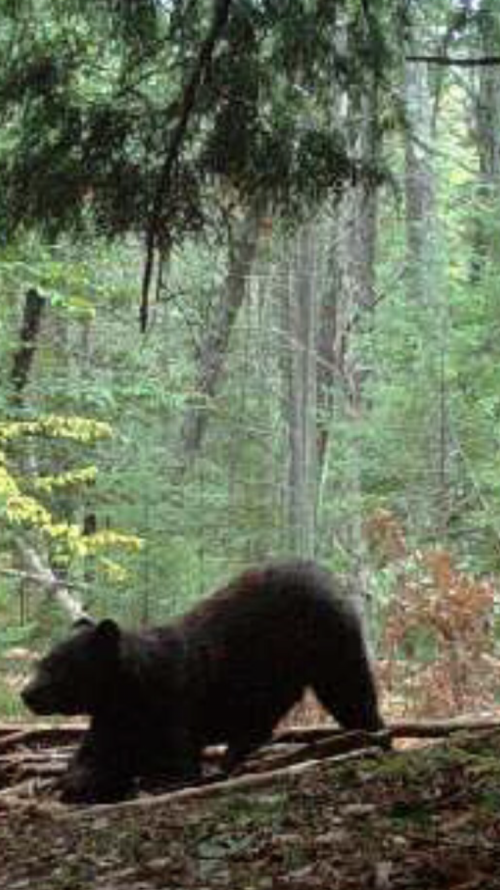 This is the big guy we got really excited about. 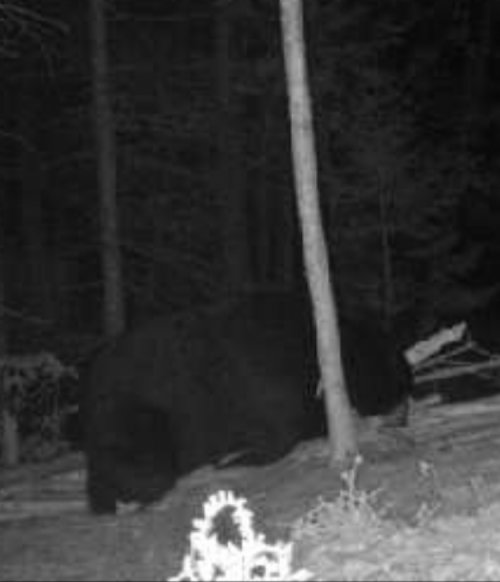 Opening day was on a Sunday so we decided we would deer hunt Saturday for the youth season. We tried to get on a doe a few hours into the morning but they took off before she could get settled. It was fun to see her get excited though. That evening her brother came with us and we sat in the same spot. I couldn’t believe it when just before dark this guy stepped out. 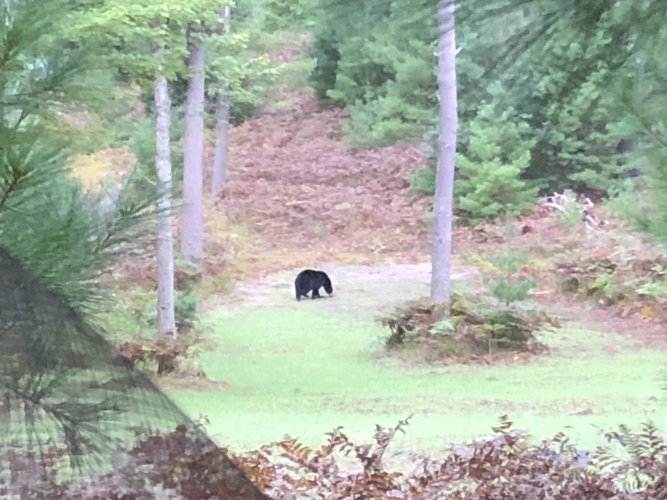 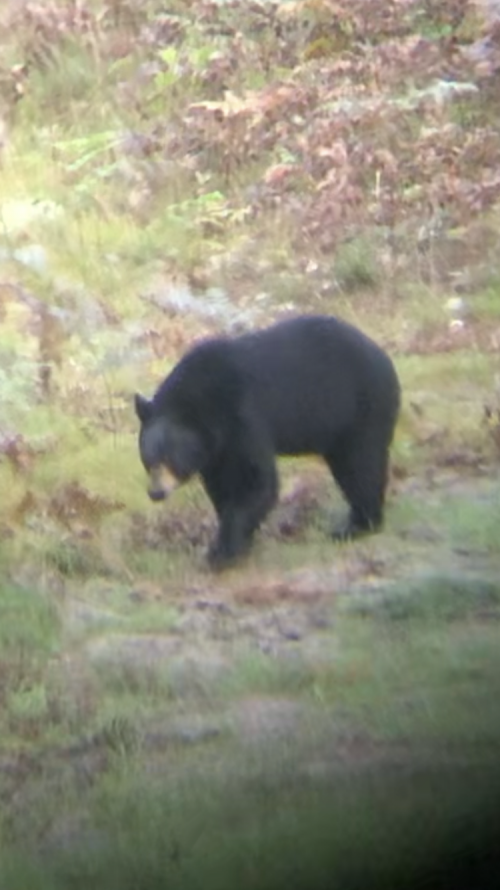 We’ve never seen a bear here in the past so it was really neat to get to watch him. I finally looked about 40 yards from the bear and there was a deer standing there looking at the bear! We changed gears and i helped her get settled on the deer. She pulled the trigger and piled up that deer. So fun to see. 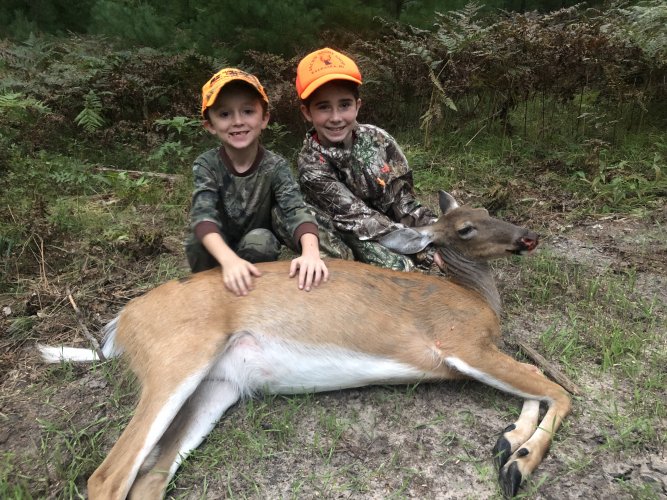 The next morning was opening day for bear and I told Autumn to sleep in so her brother and I could sit for deer. Wouldn’t you know it, that bear came back 5 times looking for her deer. It was cool to watch him work the trail where we drug it out. That night Autumn and I sat where “junky” had been hanging out. We got to watch a sow with 3 Cubs for close to an hour. The Cubs would roll down the hill and do all sorts of hilarious activities. 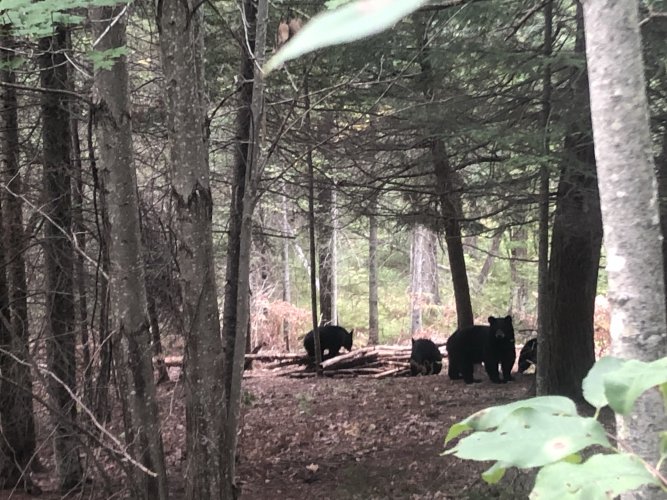 Neither of the big bears ever showed and we called it a night. The next day I picked her up from school and we went back to the same stand. Once again the sow and three Cubs kept us entertained. I checked the wind for the following day and knew day three would be good. It was time to try a different bait. There were two decent bears on the other bait that were quite regular. With a random appearance by a third. 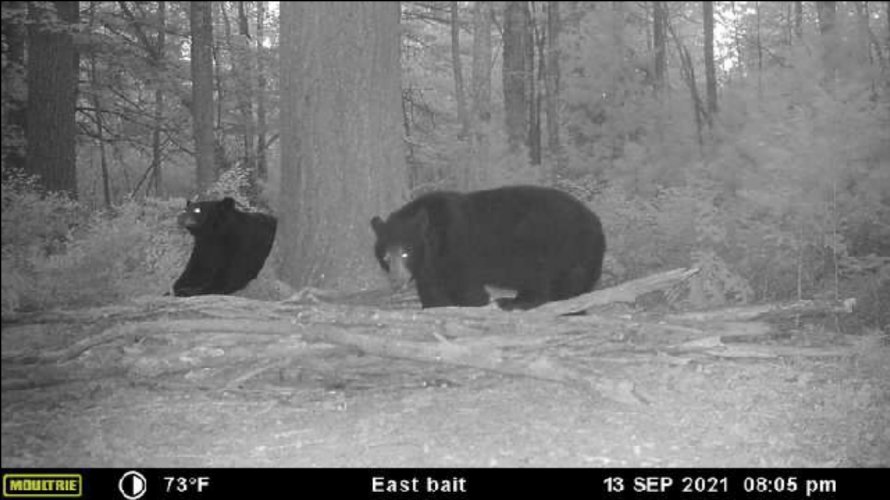 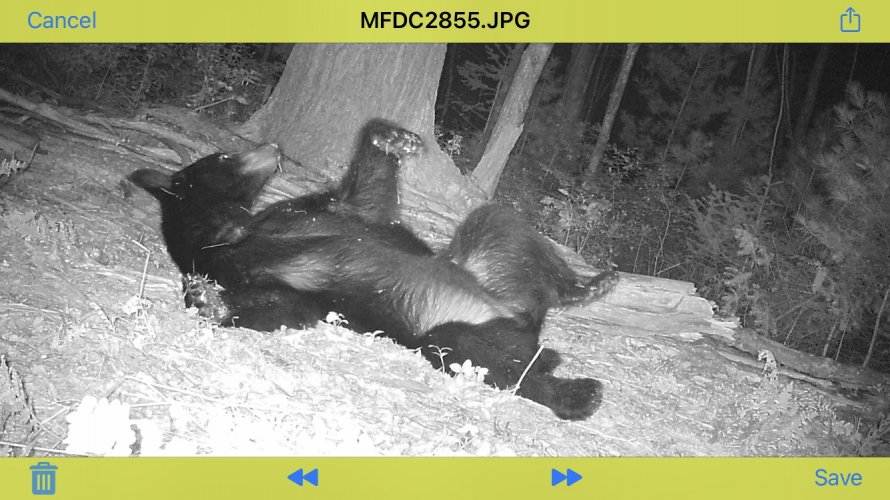 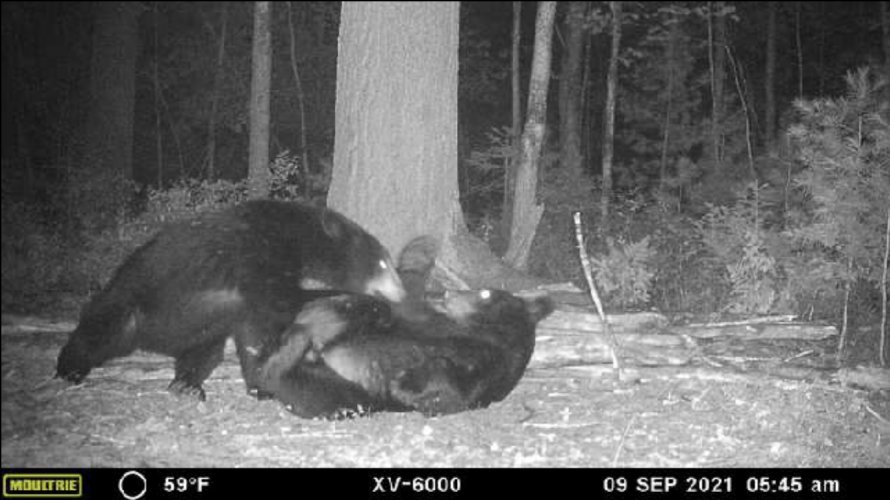 It was a long slow sit with LOTS of mosquitoes. She did really well, I was impressed she stuck it out. 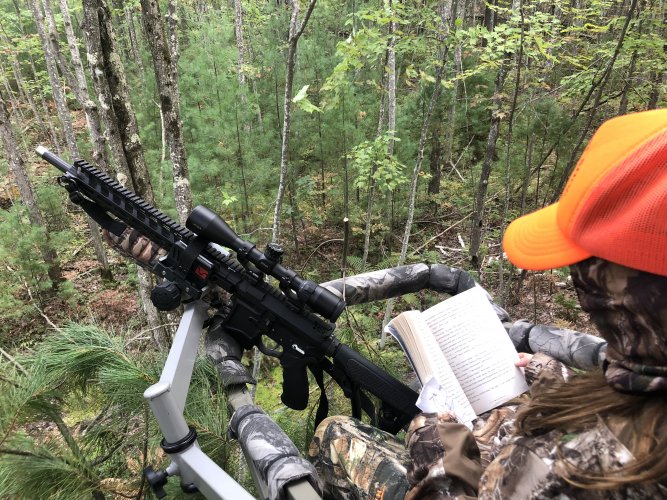 About 7:30 I noticed a new black spot appear next to a tree. I had her get ready and saw the bear start making it’s way towards us. We got our ear plugs in and watched for about 5 minutes as the bear circled behind the bait. It finally came out in front of us and gave us a good shot. I tapped my daughter on the shoulder to give her the signal it was time to shoot. When the gun went off I could see the bullet hit the bear. The bullet hit at the bottom of the light patch and a shockwave rippled up the bear. 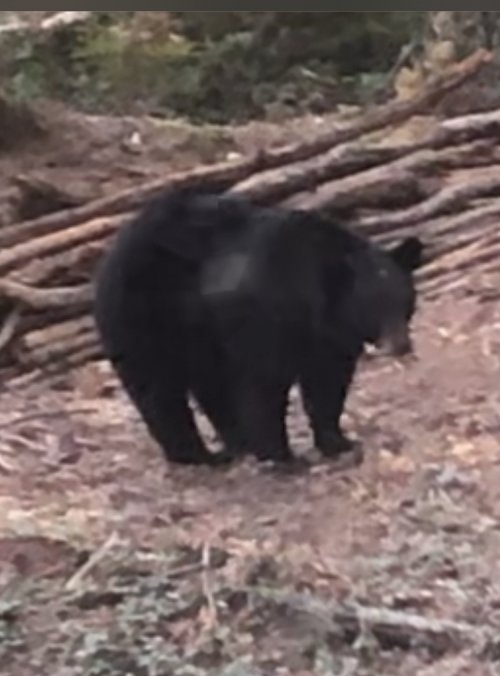 Once the crashing stopped, I climbed down and autumn reluctantly stayed in the tree. I told her tracking a bear was no joke and not something her mom would approve of. While looking for the bear there was a lot of huffing coming from the brush on the other side of me and it was another bear trying to run us off. I decide I wasn’t going to fight over that spot with a bear in the dark so we backed out. After a short search in the morning I walked up on a big pile of black fur and Autumn had her first bear! I couldn’t have been more proud. 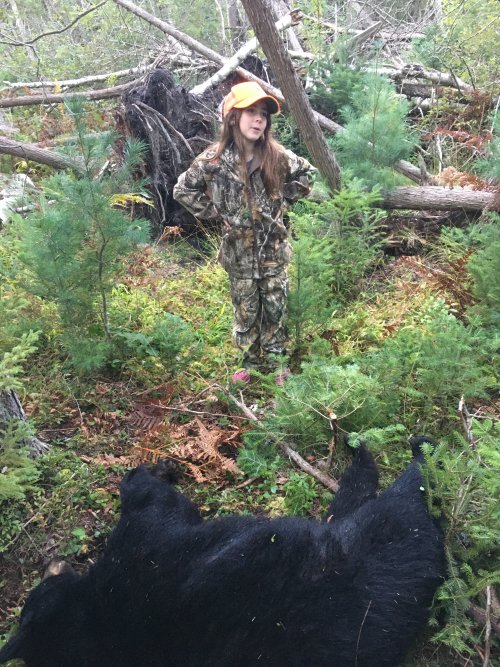 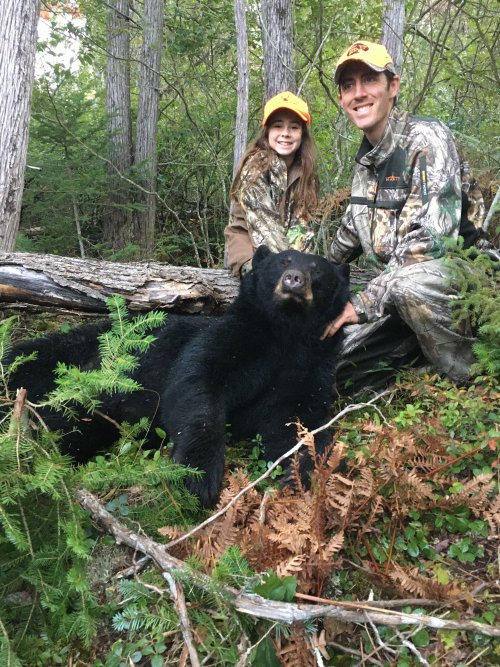 Her little brother asks me to go deer hunting pretty much everyday now. I think he’s a little jealous.

Thanks for reading. BTW, that big bear was out on the other bait about the same time she shot her bear on this bait.

Great write up and way to get the kids involved! Kudos to both youngsters as well

What an action packed week with the kids in the woods.

Congrats to both of you. Sounds like both kids are hooked!
S

Awesome hunt, congrats to both!
O

Congrats to all of you!
People that dont work a bait have no idea how hard it is. Looks like the work paid off.

Doesn't get better than that!

okie archer said:
Congrats to all of you!
People that dont work a bait have no idea how hard it is. Looks like the work paid off.
Click to expand...

Spot on, I think if I had one more week to go I wouldn’t have made it!

Hell of a write up.

Both she and you did an outstanding job!
G

Way to go to the hunter!

That is so awesome. Congrats to you and the young lady. I love how she's got a bigger bear than all six of mine

This is awesome! Very cool that you guys got to spend some time just watching bears being bears as well. Congratulations to you both!
You must log in or register to reply here.

A tribute to my daughters fur child.