Fairly new to Hunt Talk. As a public land DIY hunter I like the focus here and what I've read so far. Always learning something new.

Although I went elk hunting in CO as a kid, I only returned to it about 9 seasons ago (I'm old...). The first five of those was a rather steep learning curve across the board. Everything from researching areas, scouting and hunting once in CO, and gear have evolved. Learning from those who have been successful helped speed that evolution along and a few years ago I finally put it together.

The last six years I have hunted the same location and the last four managed to get in the elk opening day. This year was another good year.

Camp is in elk country so I wait until there is just enough light that I can see to leave camp. Upon leaving camp, and climbing a couple steep plateaus I finally heard some bugles. One in particular sounded deeper than the others and I decided to get close and see what it was coming from. After about an hour of chasing the elk as they moved slowly through the timber it was apparent they were now in at least two groups. One had continued south and another went up a very steep ridge to my left. The bugle I was interested in was now coming from that ridge and there was no way I could see to get up there without spooking them. I decided to skirt around them to the right, towards the other group, and hope the two on the ridge would eventually continue south to where the others were now located. I was able to skirt around those on the ridge and get between the groups. Not long after this I heard the breaking of branches as what I thought were at least two bulls coming down off the ridge headed towards the others. Eventually I heard a couple heading past in a low ravine out of sight and thought I'd missed an opportunity. Then a 5x5 appeared about 50 yds away heading south. He saw or caught my scent and stopped and turned around. While I was watching him I heard a crunch to my right and standing 40 yds to my right was a 6x6. He took a few steps to my left, towards the 5x5, then turned around to continue south. As soon as he crossed an opening in the trees I took a shot and he dropped. Then the work began... It's hard for others to comprehend how a couple hours of actual hunting is worth the cost of the license and the preparation time. But it is! Chasing bugling elk with a rifle is my absolute favorite form of hunting! I look forward to it every year! 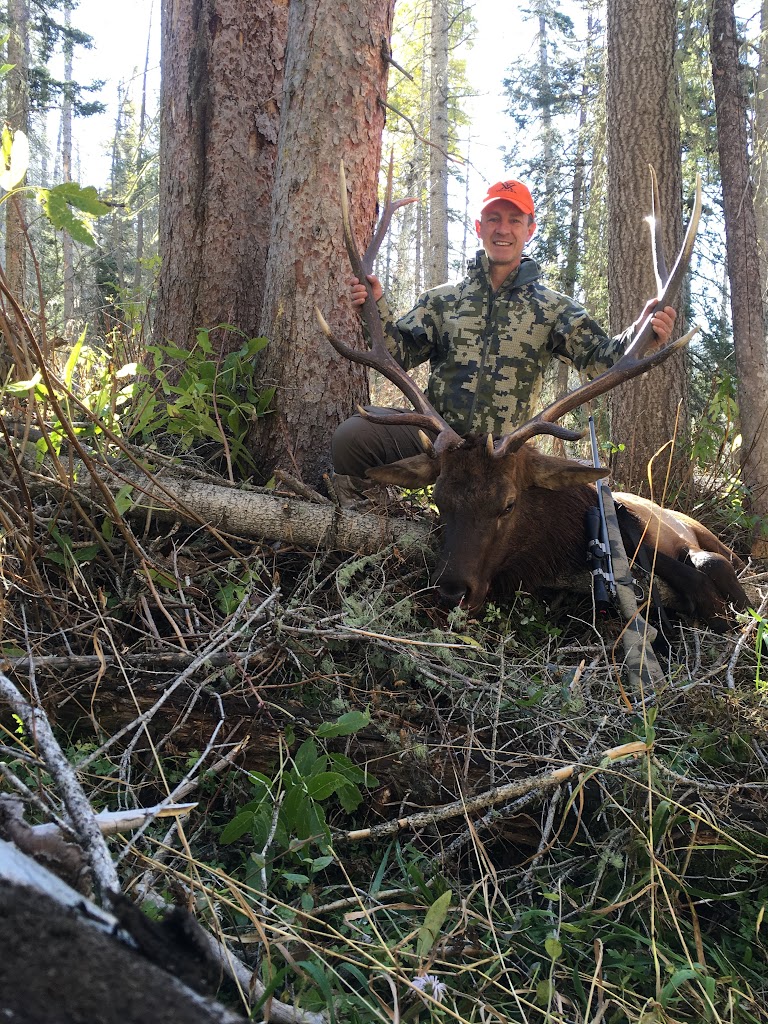 The tipi tent and Ti stove makes for good living! 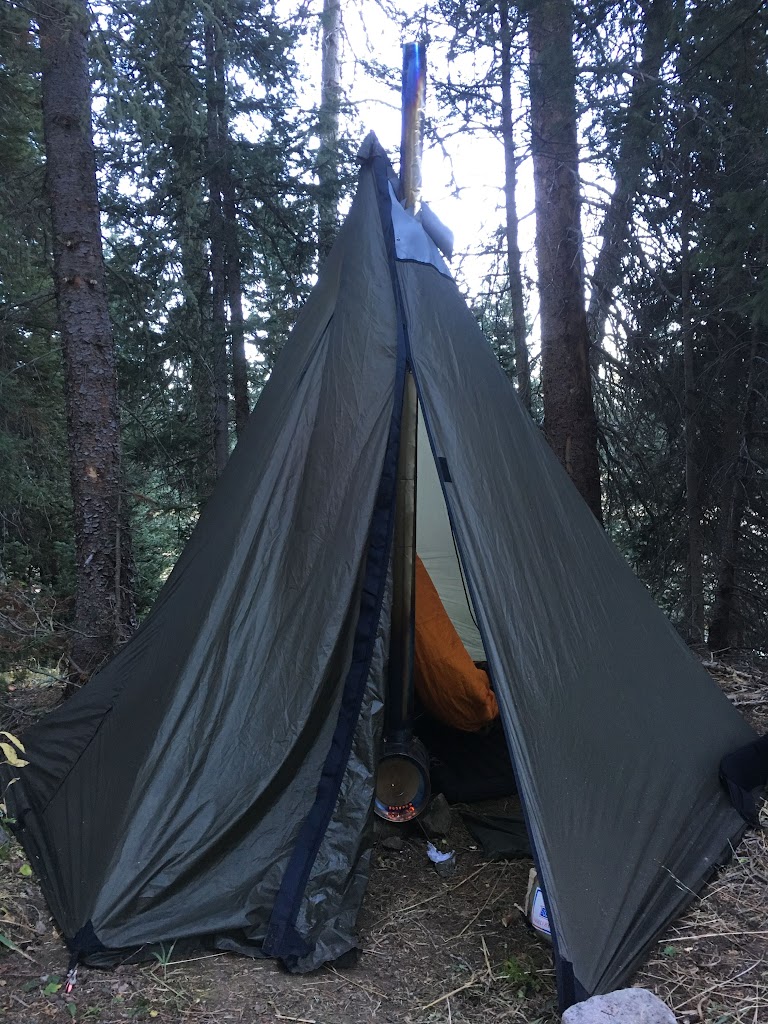 Fall in the Rockies! My absolute favorite place on earth! 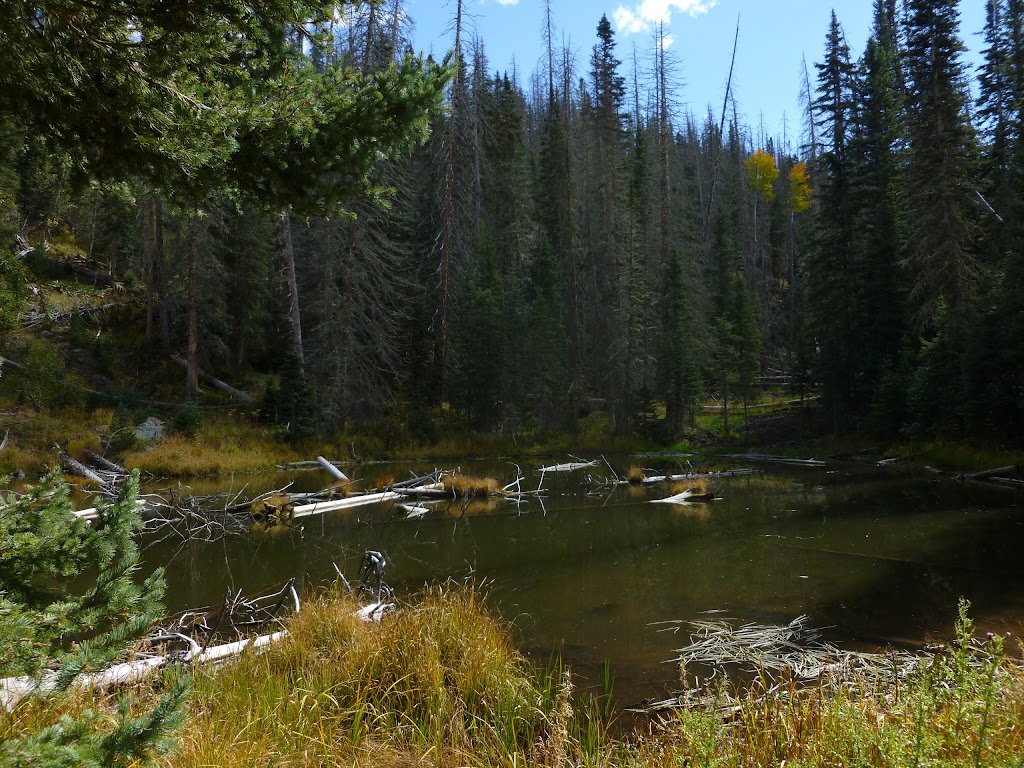 I'll figure out the pictures tonight.

Glad to see you over here! I find pictures easiest through Photobucket. Works here and at the other place.

Wow, nice bull and great pics. Sounds like you have a good spot figured out.

Nice Colorado bull.......but fill us in on the rifle

Rifle is a Kimber 84M with a Leupold VX-2 3-9 w/CDS. Chambered in 338 Federal. Rifle weighs 5 lb 15oz including the sling. This year I used a 180 BT pushed along at 2780fps by 8208 XBR. Bullet dropped the bull in his tracks but did not penetrate as well as the Barnes. Data point of one... Haven't decided what next year's bullet will be. Have had great success with 185 TTSX on elk, deer and a hog, and 160 TTSX on a variety of game from elk, waterbuck, gemsbok, impala, blesbok and kudu. 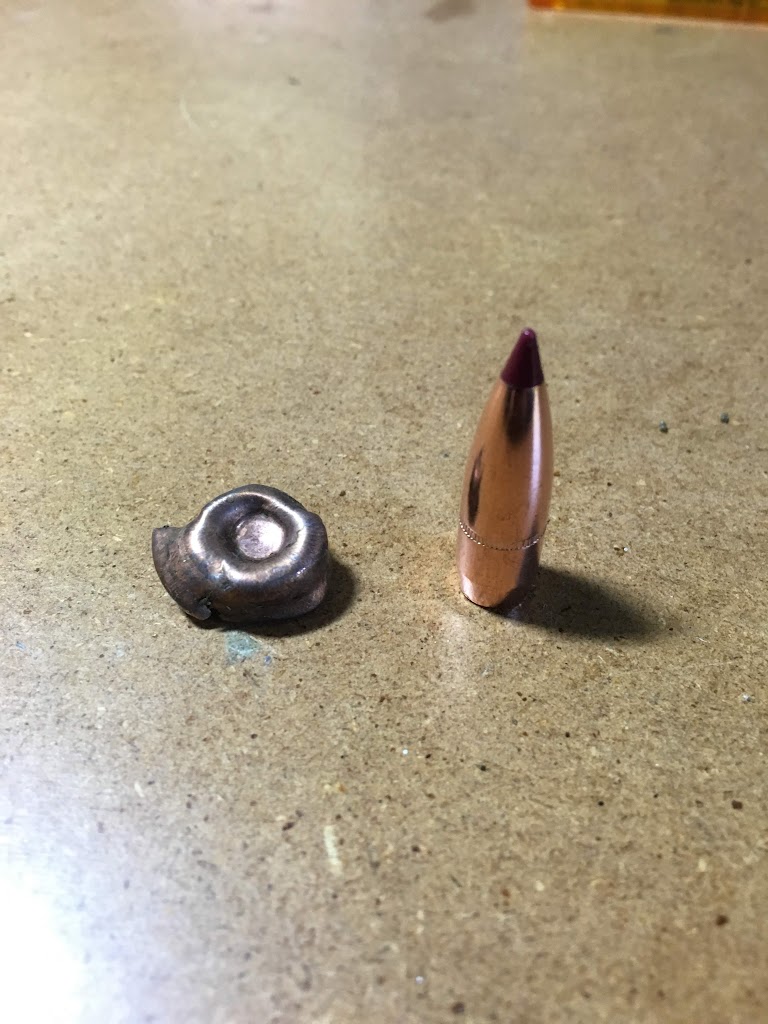 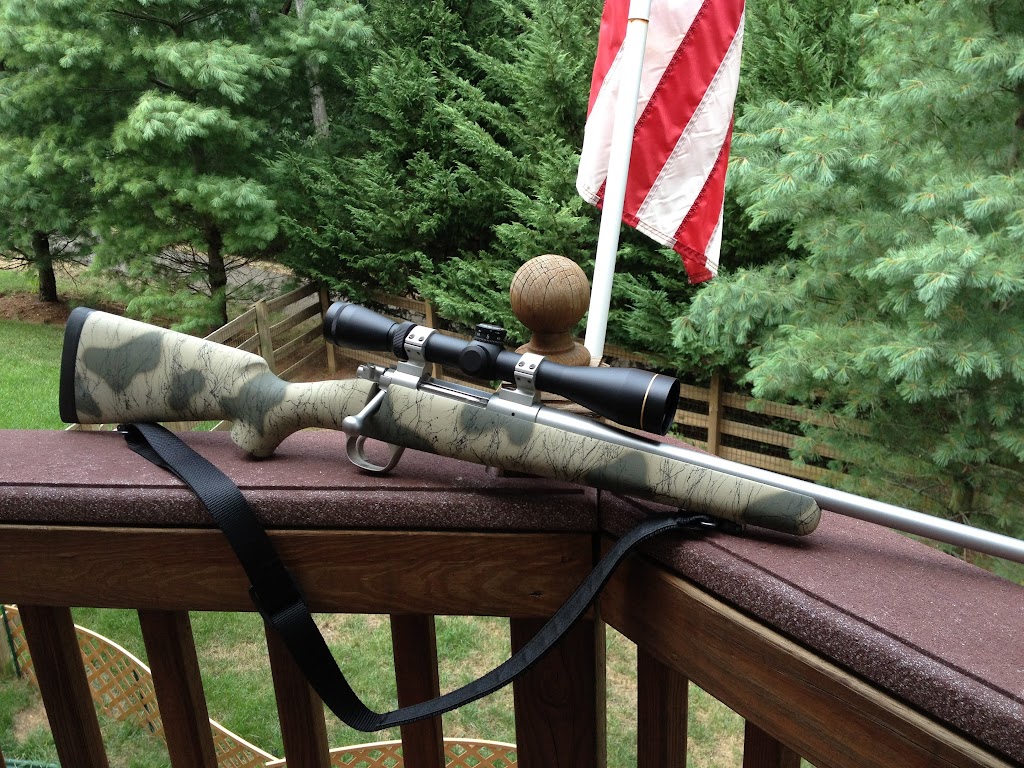 Nice looking setup, Did you paint the stock, or have someone do it for you?
P

Blacktailbc said:
Nice looking setup, Did you paint the stock, or have someone do it for you?
Click to expand...

I painted it. Krylon ultra-matte, black webbing, and a matte clear coat.
N

Nice job! I have always loved the scenic country of Colorado, but have never been able to convince myself to hunt there living so close to MT and having to drive clear through WY...
How many points did it take to draw that area you hunted?
P

No points required in this area. I'd really like to hunt in WY and MT. Although I have seen a couple big bulls, and one really big bull in this area, I do think there are places other than CO public lands where the chances at a really big bull are better. I grew up in CO, so that's always felt like home to me, and being relatively familiar, and still having family there, it was easier to go there to hunt. All I need is a place to park the truck and I can have the rest on my back. I also really like the challenge of examining a new area. For next year I intend to be more patient hunting this area and try to find Mr. big. I've shot my last three before 11:00 opening morning. Then, within the next couple years add MT or WY to the hunt list. 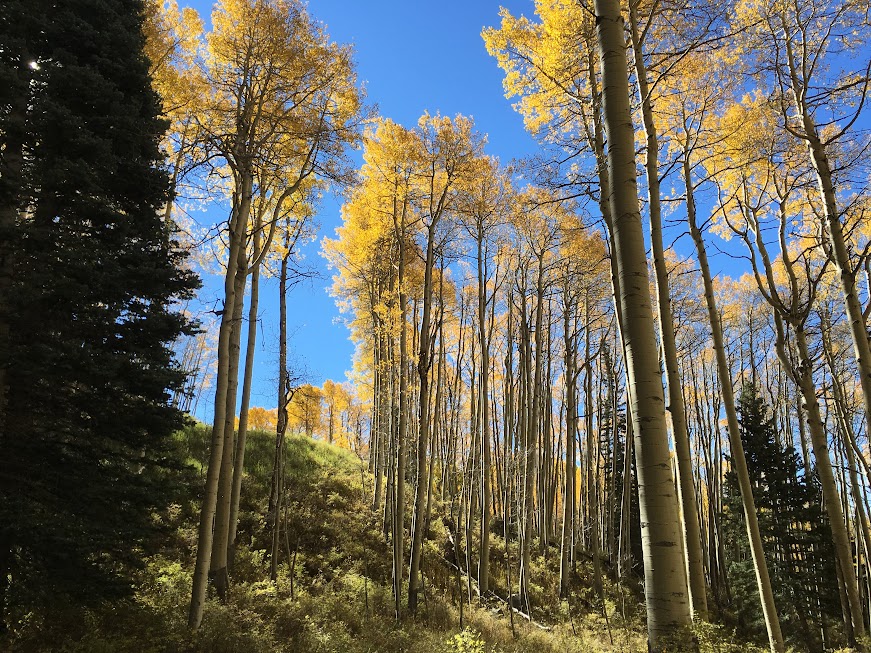 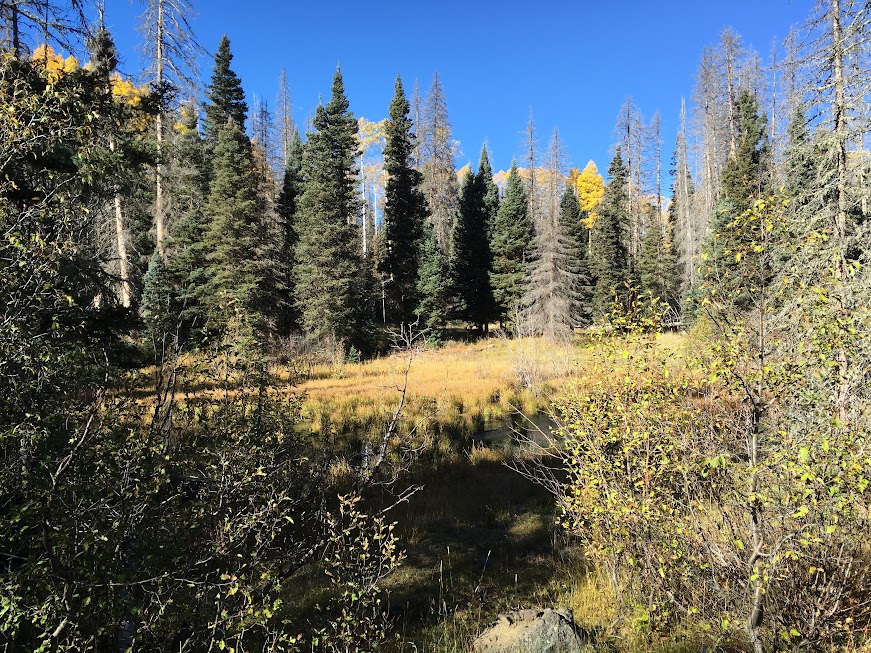 My best friend when an elk is down. She can go just about anywhere! 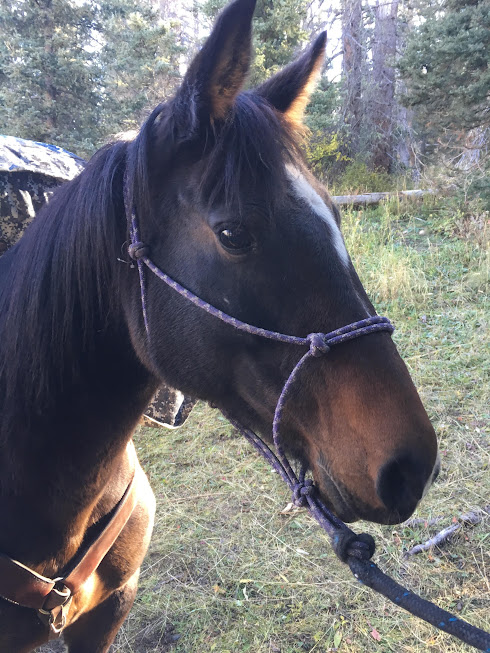 I've hunted MT 5 times, and would have been happy to kill a bull like that one any day of the week! I think hunting the aspens of Colorado would be amazing.
S

Congratulations on a great bull! I hunted Unit 18 for the first rifle this year, but was not nearly as successful as you. What unit did you hunt, if you don't mind me asking?

Congrats on the Bull. Beautiful country and bull. Love those Dark horns with ivory tips. How'd that Tipi tent hold up? They looks sweet but never used or seen one in person.
P

beartoothfront said:
... How'd that Tipi tent hold up? They looks sweet but never used or seen one in person.
Click to expand...

This was the 4th season I've used that tent (Seek Outside BCS) and stove (EdT Ti). I consider that combination to be roughly the greatest thing since sliced bread! Nothing like being able to dry out clothes in the rain or snow and be able to change and go to sleep in a toasty warm tent on a night with temps in the teens. Total weight is under 6 lbs for both, and I think there are a few other things like Trioxane bars in the stove bag and thus included. 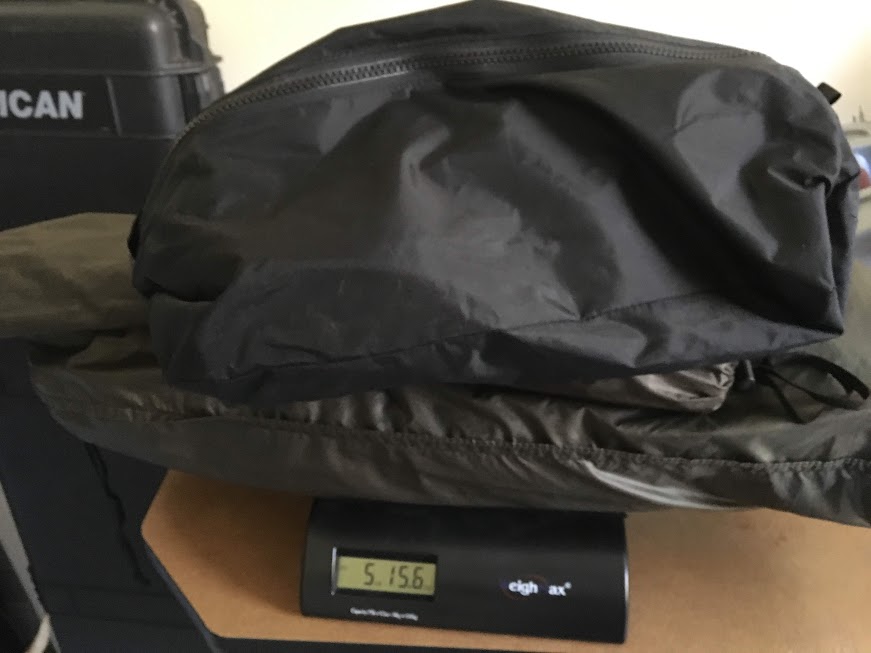 See it a little better in this picture. 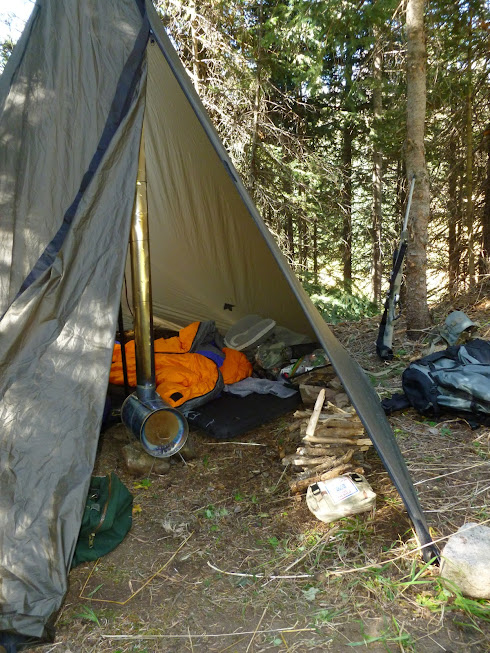 what were the gps coordinates again?
You must log in or register to reply here.