So when I drew my general tag I asked my wife what she thought about me trying to also pick up another cow tag, since an elk and a deer don't last all year in our house. She was game so I tried to get one in a general unit near where I'd be hunting, but ended up with my second choice, a Type 7 that I'd wondered about in the past. I figured it'd be a chance to try to figure out if it's a tag worth hunting again since it's usually easy to pick up as a leftover.

I'd hunted near this area on a previous cow tag that I filled the week before Thanksgiving a few years ago, so based on that info I figured there'd be elk in the lower parts of the unit and would try there first since the small amount of higher elevation was harder to get to and had to be accessed from outside of my unit. No luck there, we covered lots of mile of road trying to figure out what could actually be accessed in the private/public checker, and about 6 miles hiking into a spot I figured would hold elk. Even though it snowed about 4 inches in the lower elevations, no elk anywhere. 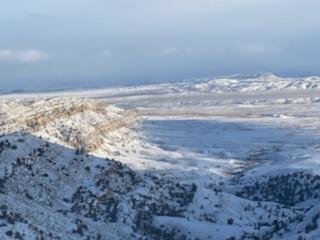 So we headed up to the mountain to see how far we could get up the road, only to find that there was no more snow up there than down low and could drive all the way to the edge of my unit. I was a bit disappointed with myself for not checking high first since that's how I'd normally do it, I just assumed that it wouldn't be very accessible. So the last morning we had to hunt we started glassing at dawn and within a few minutes found elk--a bunch of bulls and a few cows way out on series of ridges 2/3 the way up the mountain, about 9000'. I quickly made a plan and headed for them. I figured if I could get to them by noon I'd have a chance of getting it out and making it home in time. 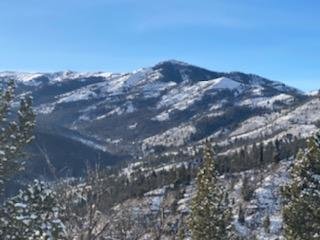 It looked like the best approach was to get on the ridge and try to come in above them, but I worried about the unknown terrain, and thought coming from below might be the only chance, which would be tough. Either way I'd have to cross a drainage first, as I dropped in I quickly found fairly fresh tracks but they were headed up and out where I couldn't hunt. I was hoping I'd get lucky and find some closer, so I opted for trying to get up on the ridge as I figured I'd have a better chance of running into some. Found a few more tracks but no luck.

Getting up the ridge was extremely difficult, and I almost got bluffed out and gave up, but managed to get to the top and find a tough trail working along it. I was getting closer, but still a long way to go, and I realized the only way I would be able to pull this off would be to have more time for the pack out, since it was much further (and rugged) than I estimated. I took another look and could see that they'd bedded, most were out of sight, but I could see a few of the bulls laying at the bottom of some big cliffs, safe and sound in their sanctuary high on the mountain at the top of the drainage. 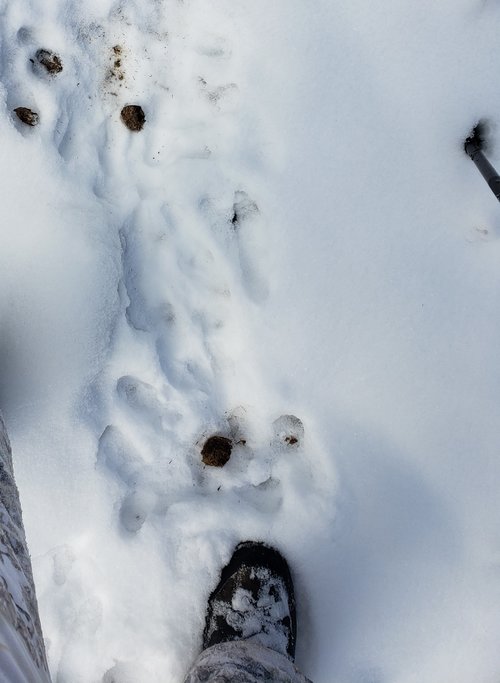 It was a tough decision to give up and I am still second guessing myself for not heading high first because I think with another day I could have pulled it off. I'm still torn to try it one more time next weekend, but I think I'm going to have to just give it up and figure at least I learned something about the tag and reinforced my normal strategy of starting high and working down. Between @Derek44 and myself we managed to fill 2/3 tags and had a great season and learned a lot, and I'm really impressed with how much progress he made this year and excited to see what we can pull off next year.

Thank you for sharing your pictures, they look beautiful!
You must log in or register to reply here.