I had some recent sage grouse studies sent to me by Dr. Clait Braun. In two of the studies it mentioned sage grouse wing analysis studies. Age and sex identification from wings of sage grouse.

Analysis of wings collected from hunters is the best source of information on annual productivity of sage-grouse and the influence of changing climatic conditions on productivity and population composition. Juvenile/adult ratios generated by wing analysis also can indicate approaching changes in male attendance on leks in subsequent years.
Click to expand...

Wing analysis of sage grouse in Montana began in the 1950's. In some cases FWP sends out envelopes to sage grouse hunters, but they also have wing collection barrels. I have been trying to find out where Montana FWP has this information on their site, called Helena FWP. I received an email back, "Local area wildlife biologists are the folks that collect upland game bird wings that bird hunters deposit in wing barrels. I’ve spoken with a couple of area biologists, and they do not send out anything to local hunters to ask them to deposit wings."

I have been asking all the hunters I have talked with recently from across Montana if they knew about the voluntary wing collection analysis and if they had ever contributed wings for the study. So far, I have not found any sage grouse hunters that knew about the study, that they could contribute wings.

Now here is my line of thinking:

USFWS stated themselves, sage grouse numbers were not threatened by hunters.

"In their March 2010 listing decision, the USFWS concluded that the key threats to the continued survival of sage - grouse are 1) habitat loss, fragmentation, and modification and 2) inadequacy of existing regulatory mechanisms, particularly in relation to energy and other development . The USFWS also evaluated the 'utilization' (e.g. hunting) of sage - grouse and concluded that 'the greater sage - grouse is not threatened by overutilization for commercial, recreational, scientific, or educational purposes now or in the foreseeable future' "
Click to expand...

Hagener repeated last summer the same principle. Then Brenden puts a placeholder for a bill to stop sage grouse hunting in Montana before the election even occurred in Nov., which I posted to forewarn what his intentions were. People speculated why he was doing this, that he didnt like hunters or FWP, that if there were going to be restrictions, then everyone was going to feel the hurt.

But what if it was to cut off an avenue of the science - hunters who have a vested interest in sage grouse conservation?

Edit: Hail, I didnt get an option on the poll voting options, like a yes or no radio button, I dont know how to edit that or even find that option. If anyone can walk me through that it would be appreciated.
Last edited: Apr 16, 2015

I never really noticed wing collection boxes in a lot of the sage grouse core areas and only at a few Block Mgmt units. I've shot 1...it was a juvenile hen. I saved the wings for a friend that uses them for training puppies. While I've been told they can taste good after an attempt at eating it, I decided that I would hunt Sage Grouse only once. Of course the opportunity for a taxidermy bird is still on the table.
1

Though not in MT, but I have dropped off sage grouse wings for data collection in both UT and ID.

Mth- I love chewing in sage grouse! Sliced thin, floured and fried fast it reminds me of beef liver. They are one of my favorite birds to hunt. Just don't get to do it nearly often enough. I have a feeling I'm going to strongly regret not having kept a good male to get mounted...

I shot enough of them to know that I like seeing them more than killing/eating them. Here's one from western MT.

Here in AK they have "wing" stations set up along the road and at a few trailheads, and also mention the program in the hunting regulations. I think a lot of people would participate if given the opportunity.

Bambistew said:
I think a lot of people would participate if given the opportunity.
Click to expand...

That was my thought. I sent an email to FWP Helena requesting that they add the educational information to a number of sections on the site, as well as to license purchasers, providing our hunters with another avenue to help conserve the sage grouse.

I've collected wing barrels in multiple places in Idaho; they were mainly intended for forest grouse, sage grouse and sharptails. Worst things I ever pulled out of them were a whole fall turkey minus the breast meat and a really stinky dead porcupine; people are awesome sometimes.
H

I have come across these barrels here and there in Sage Grouse Country. These days I enjoy seeing the Sage Hens much more then hunting them.
And I have always put wings of Sharptails and Sage Grouse, when I had birds and when I came across the barrels.

I have never seen a wing barrel in MT. I have killed two, but after eating them I decided two was enough. I shoot scores every year, but none go home with me. 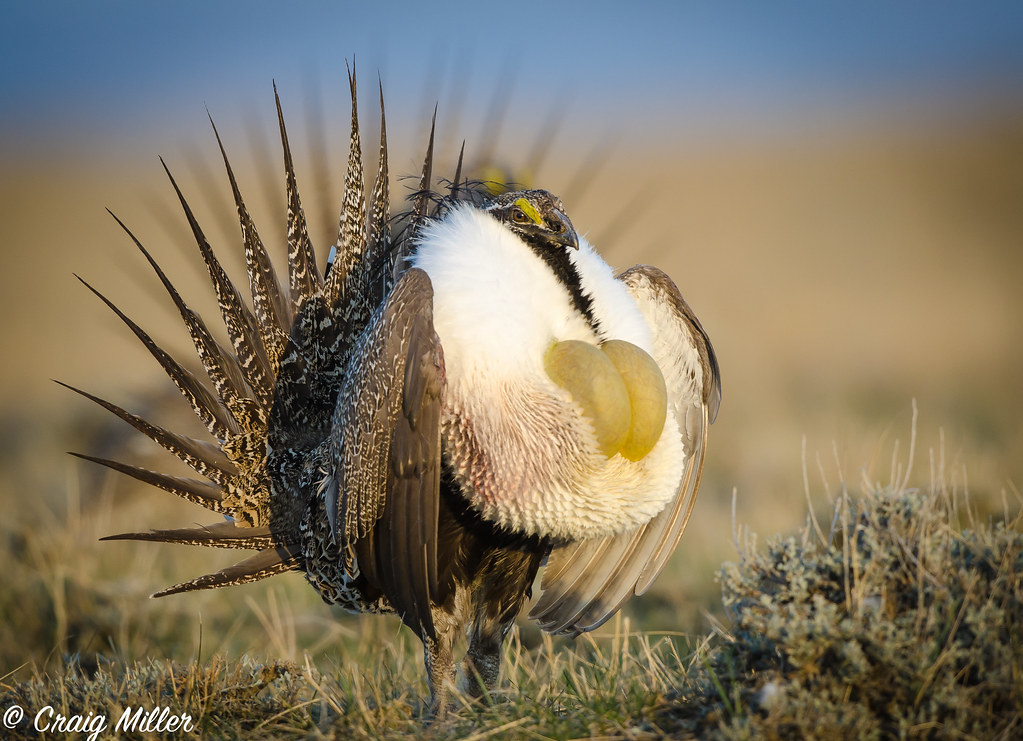 There is always a wing barrel at Dry Fork road off High way 191 another on CMR Rd 201, The Pines access Rd and another at Bone Trail and several off Hiway 24 South of Ft Peck.
*I was visited by a CO in Richland County last Fall, I had severl young Sharptails, He asked if I was going to mount them? Huh???? I said Well, no. He then asked if he could take a wing off each to have them aged. Sure take a wing, but.
I replied "their right around four months old give or take a week or two.
So very easy to tell the young of the year in both Sharptails and Sage Grouse.
You must log in or register to reply here.