Early one September morning, while hunting moose, the weather was terrible, miserable. Lots of misty rain, wind blown fog, cold, very cold. A nice bull moose was spotted, a far distance away. Big bull, wide antlers and he bedded down. Low clouds and drifting fog prevented verifying this bull legal. After sitting for a very long time, with fog rolling in and out, we could not call this guy. Being socked in, wet and cold, it was time for a "walk around to warm up". Told the kid "I'm taking a walk, want to come?" 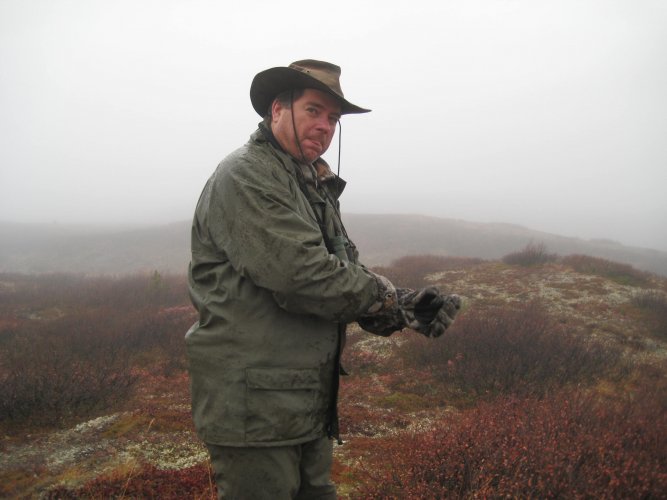 He says Yep, "bring your rifle" I said, as mine was staying next to the spotting scope. We walked some ridges and about 200 yards out, we spotted a distant bear, uphill from us, working a blueberry patch. This bear looked like a volkswagon! A Big bear! I said "you want to shoot a bear?" YES! We turned to silently flag his uncle. Indicating somethings going down. Got his attention. Looking back to where the bear was, he was gone! We glassed all around, and thought to move to a ridge very close, for a better view. My son offered me his pistol, a 10mm. That's when out of the brush this grizzly stood up on hind feet, attempting to locate us. 40 yards out. This bear closed the gap from where, first spotted to now, in about a minute. Looking through my Lieka glass, I clearly saw the Grizz, his big head over the brush. I heard the shot, and it appeared to me that the bear just slowly melted into the grass and out of my sight. The kid acted quickly. A standing shot. It all happened very fast. My brother approached. He and my son moved to verify a kill, I remained on the point of the shot as lookout. Just in case. 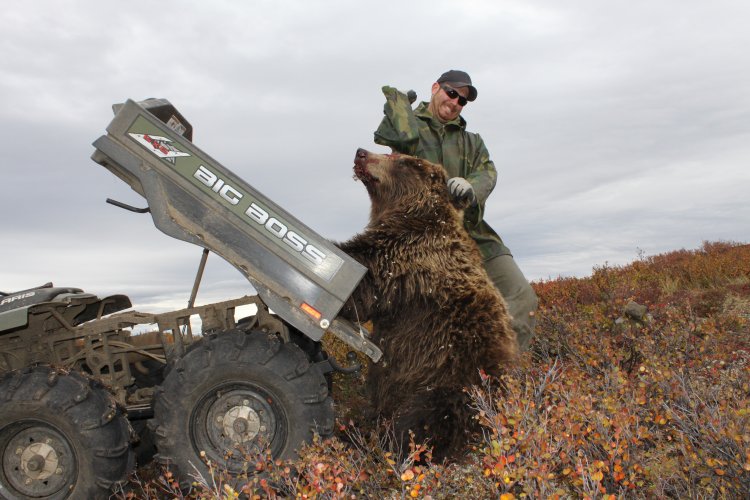 Upon locating bear, a quick Karate chop and bullet put bear down.

Mostly bullet! Between the eyes, one shot. 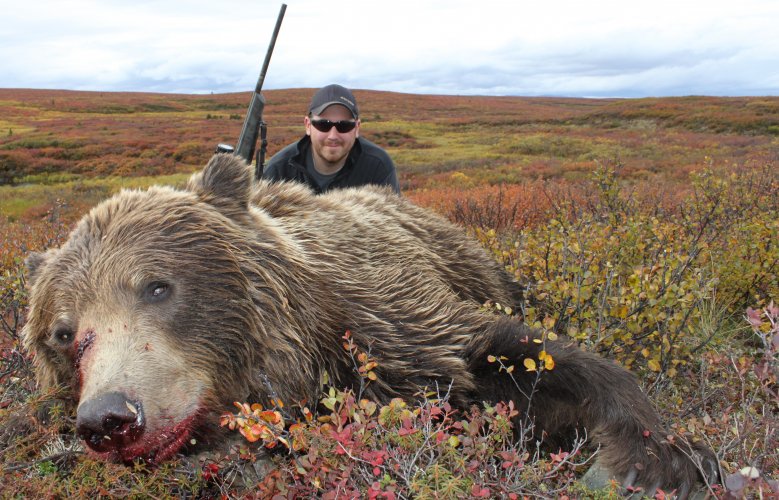 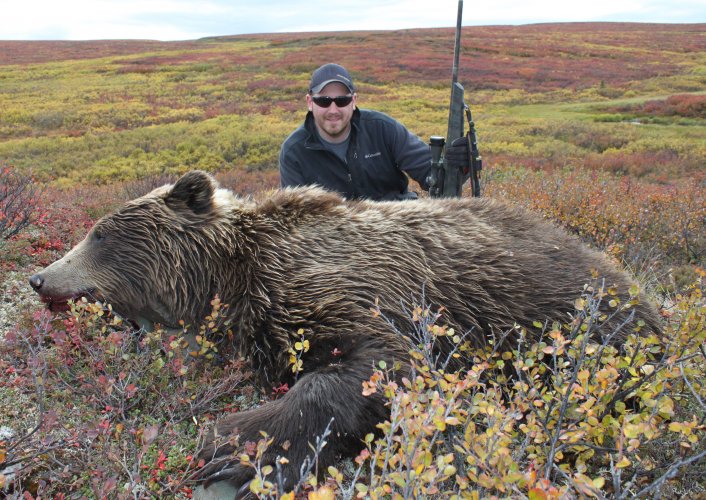 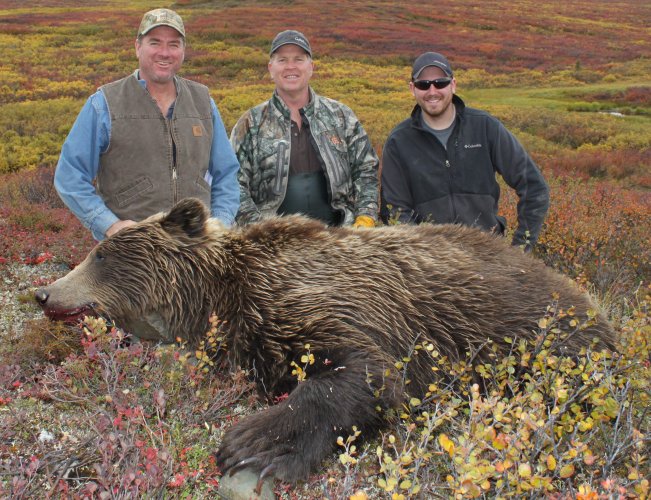 Got Big foot in the bucket. 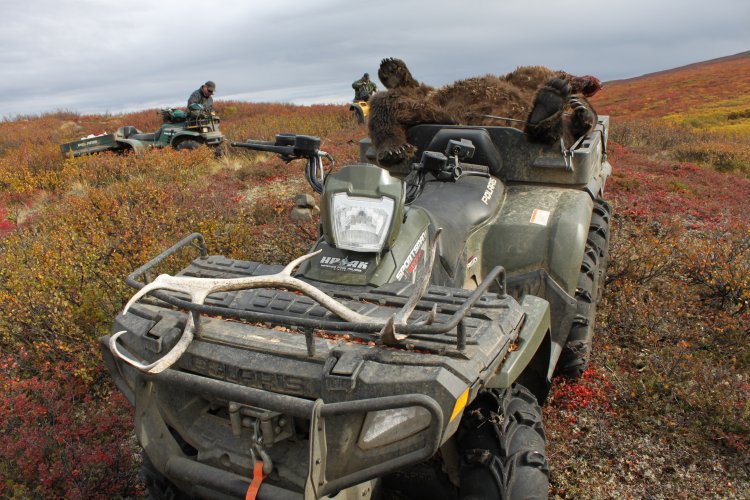 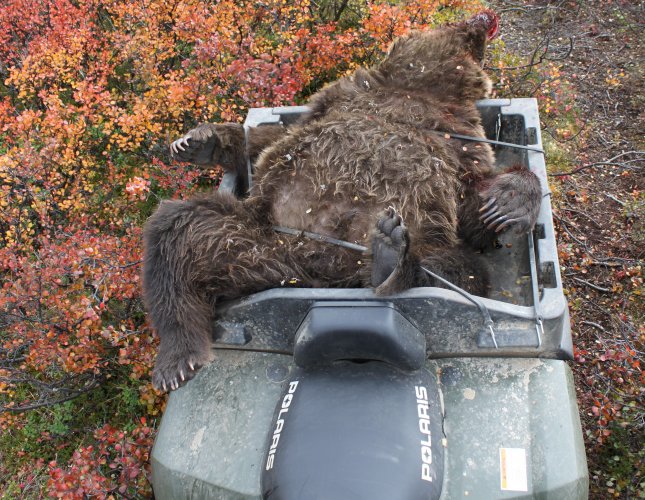 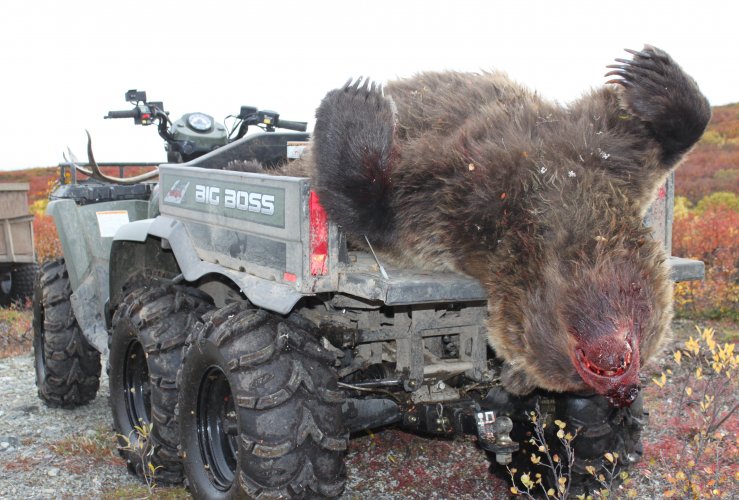 We skinned this guy out, Video the process and got Bear hide hanging. 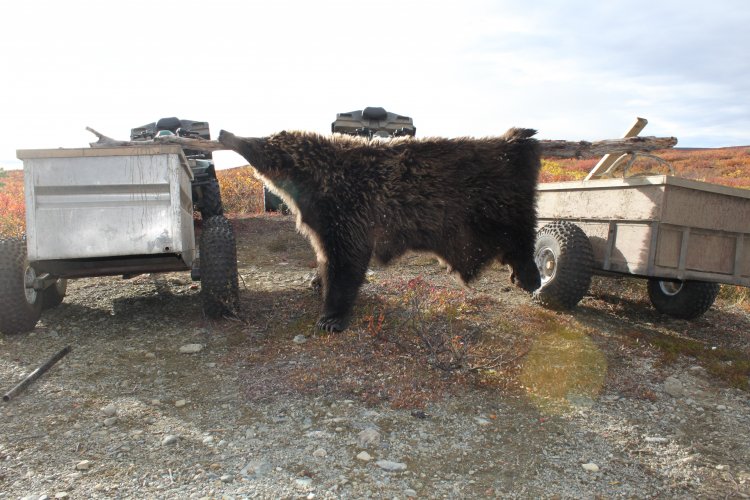 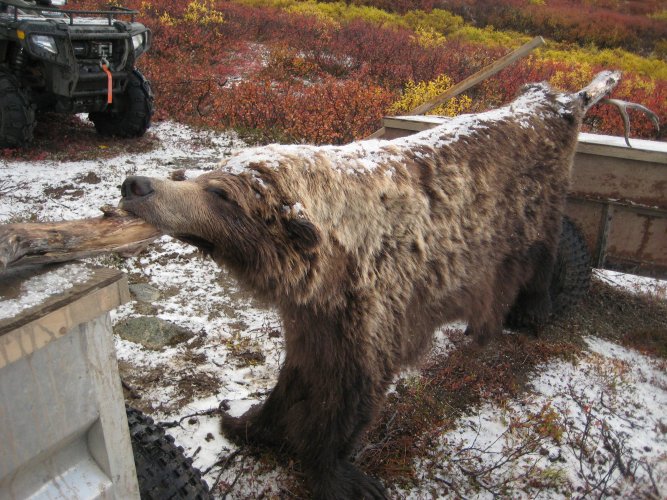 We did chase that moose later, as he looked a shooter. He slipped away, as moose often do. Got another later on.

Months pass and we have us a bear rug! 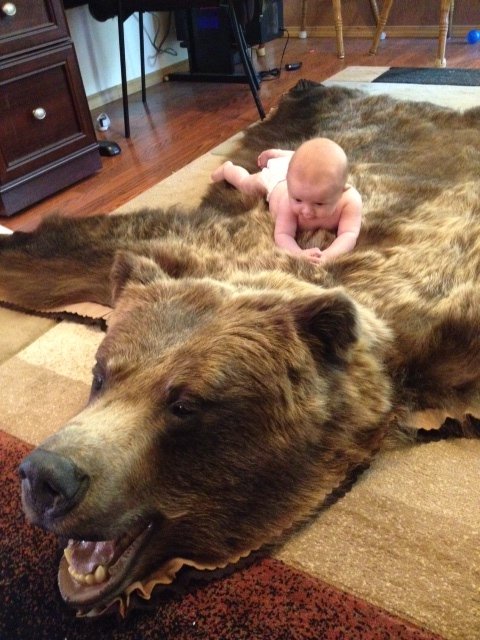 Good lookin bear! Sounds like an exciting "walk around to warm up"!!

Looking back though the photos, we did manage to take a few critters on that trip. 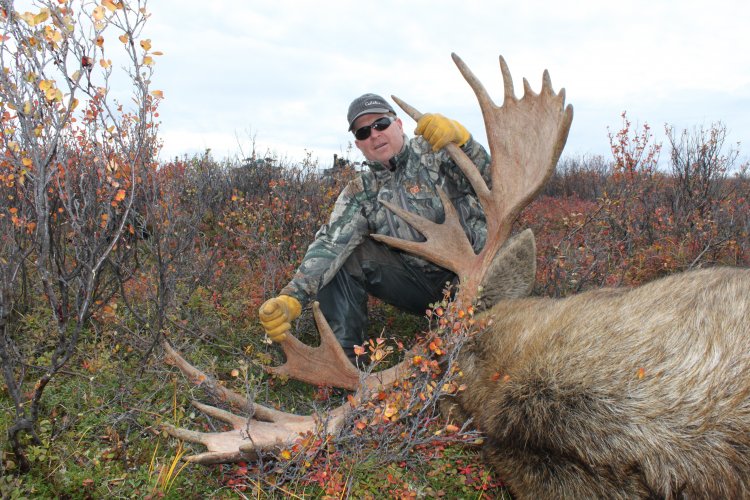 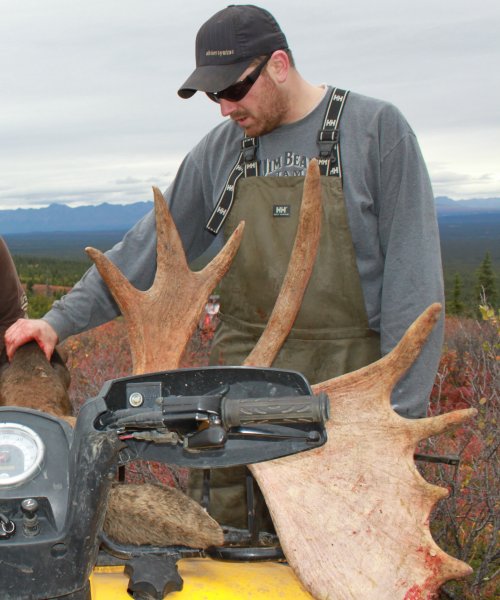 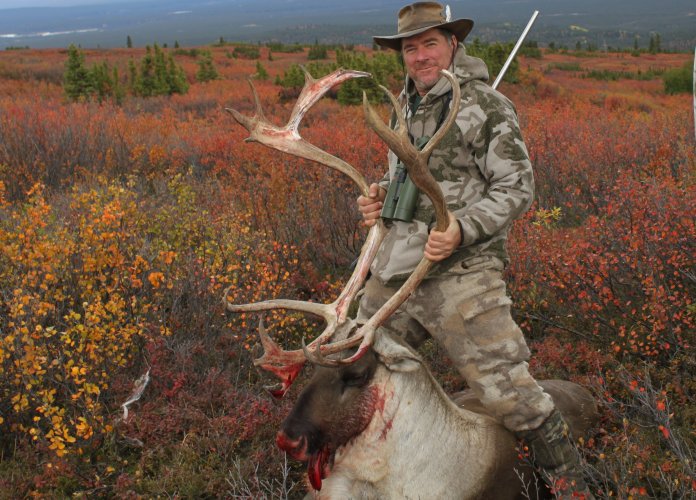 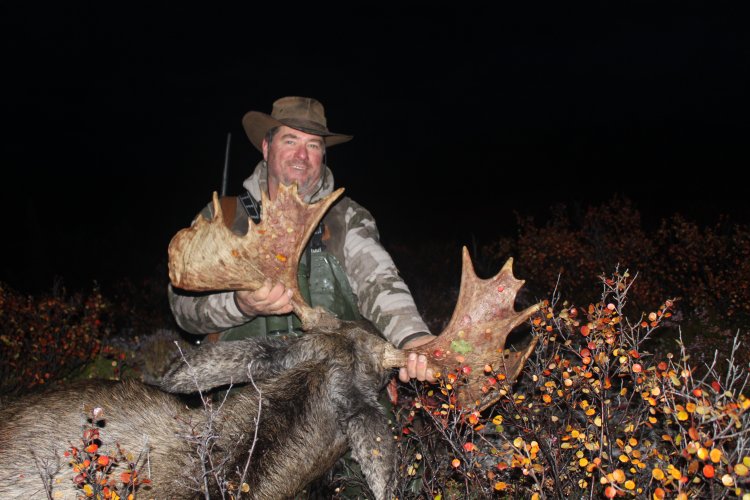 Every picture has a story!

Congrats, looks like one heck of a trip and that is a good-looking rug!
You must log in or register to reply here.