Here is some pics off my first bait site I put out. They seemed to have hit it after putting out the canned goods (peaches syrup applesauce's and other sweets). Here is the pics off the site. Had a fox and fisher also hitting it. The bear is a small one and my wife said it is good enough for her to shoot. This Friday we are going up for the weekend.
This is the fisher I think they call them. On the log.

Here is the fox pic

Here are the bear pics.

Moosie I did change the camera over to the 15 minutes. I also took some meat up to all 3 bait sites last night also. I rolled my 4 wheeler getting it up around into this canyon. Had to side hill around a tree in the trail.
F

Cool photos... good luck to both of you.
O

Thats a fisher. A marmot is a big ground squirrel. 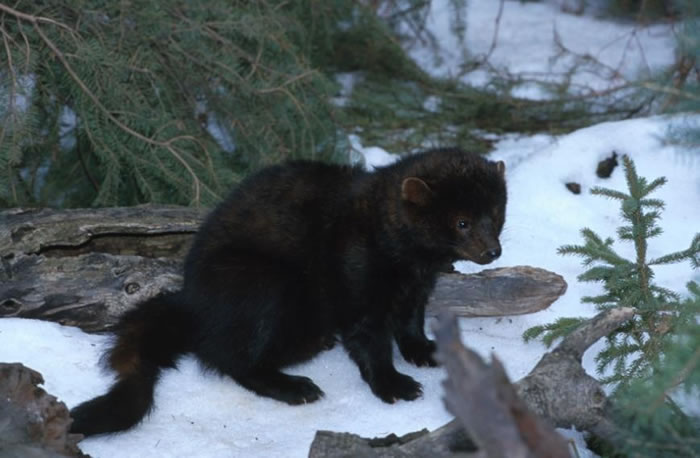 Old Oregon did I put Marmot? LOL Easy to fix edit button is great. LOL
Thanks for the correction.
E

Those are great pics, I sure hope you can get your wife on to a good one, Good luck...
I have seen these little sneaky buggers around the woods, look and move when watching at a distance like an over grown squirl..
On the Marmot thing, I have skull and lower jaw bones I just picked up out of the mountains sitting here that I collected up last week...

Nice pics and hope you and your wife score.
E

The food chain at it's best...

Don't let EG or IT hear you say you rolled your 4 wheeler. They'll turn this bear hunting thread into an anti-ATV rant.

Bummer about the 4-wheeler, thats why I think they should... Uhhh never mind, Ten Bears will be mad if I talk about that

Cool Pictures !!! Nice bear picture's too. The bottome one Looks different but it's alwatys hard to tell. But just looking at the Muzzle is what I went by.

We didn't stalk the Film canister the last 2 times we went up. One thing or another... We did stalk it this time so Hopefully by this weekend we'll have a Few more pictures (Fingers Crossed). We actually say on the Site and HAd one come in tonight. Always cool to see the real thing too.

I have pictures of a Cub that the Camera took last year as I was Video-taping it. As I was Filming, The camera was Going off and it was jsut dark enough I could see the Flash and Hear the Camera Rewinding

Thats when we went to the Ones that only took pictures at intervals...

Keep the Pictures Coming. Between us two we should have a Good Photo collection by Season end
You must log in or register to reply here.