This Turkey Hunt Isn't About the Turkeys...

...it's about the people of Eastern Montana, like Jesse. 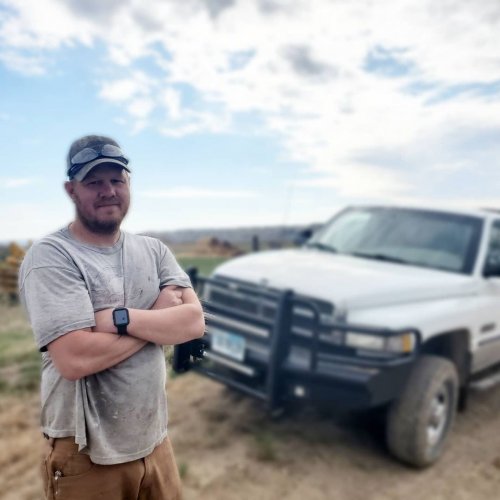 The leads I had for turkeys dried up pretty quick which meant covering a lot of ground in a little amount of time looking for some toms. In a random stop, at a small store in an even smaller prairie town, we met a couple of good ole boys. One had a plaque on the wall honoring his 35 years of teaching hunter education. It was 8 years old. Since we had that in common, we shared some stories and then he said, "I know where there's some turkeys. Hang on."

He made a call and three minutes later we were told, "just don't drive in the fields, he just irrigated."

That's when we were introduced to Jesse. He hadn't met us, he hadn't even talked to us. He just went off the word of his friend that we were ok. He said we were welcome and to have fun. He also asked if we liked to hunt whitetail, because he had plenty of those, too.

Far too often I hear that landowners in Montana won't let average guys hunt. I am very much an average guy, who didn't play any cards to get access. I simply talked to a few people and listened to their stories. Jesse has been offered to outfit his land, but he likes to allow his friends a place to hunt and so declines. Money is what makes a ranch work, but it isn't everything. 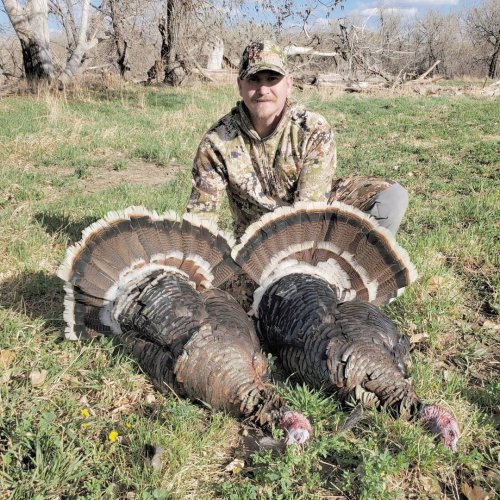 I'll follow up with Jesse this fall, and this time my handshake will have a nice bottle of bourbon with it. I will remember the highlights of a thrilling hunt; the two hour gobblefest, the thundering tom 10 yards behind me that made me fear turkeys, and the double up of two solid birds. But what I'll really take away is knowing the generosity from a rancher who just likes to share.

Congrats and GREAT write up!

I’d bet Jesse has some hard hands to go with his tender heart. Congratulations on finding new friends and a cool connection to some productive hunting spaces.
1

PS- Now I can tie IG and HT together.

Awesome story! Nice birds, too.
B

I grew up playing baseball with Jesse and his brother, nice family.

Nice!!!! I had the same experience in Kansas 5 years ago. Stopped at a feed mill and asked about turkeys. The owner says: "I know a guy". The guy drives up and says: "hop in the truck". 15 minutes later I had two places to hunt birds. Shot one the first and second day. Nicest people!!!
S

I have had a few farms not allow us to deer hunt their farms in eastern montana. All were very friendly though when talking to them. A few we had seen turkeys on their land and all of them have allowed us to Turkey hunt even if they didn't allow deer hunting. It never hurts to ask.
You must log in or register to reply here.

H
Hooked and a Smile