The Melding of Music and Landscape

In The Middle of Nowhere is where I'd rather be

So, the soundtrack of our lives...

Texas Sesquicentennial...Red Steagall, "Under the X in Texas", and Guy Clark's "Desperadoes Waiting for the Train". We saw him in one of his last concerts at the Red Ants Pants, so full circle.

Just a few, but you get the drift.

Great to be alive when there was real music.

And, as for the West, Charlie Goodnight's GGD was a student reporting to me for a couple of months. Tough, whip-smart, competent, and just as full of spit and vinegar as you would expect.
Last edited: Feb 19, 2022

A profound moment for me...seriously.
I had a ten year run hunting turkeys in the northwest corner of South Dakota.
Every year was a crapshoot of weather. My hunting spot yielded 18-20 birds over the years but it was a mother to access. Some years spring snow storms would yield 8' drifts. Most years I couldn't get through the mud except in the middle of the night.
One year, one night, I was weathering a nasty storm system in my slide in camper, in boony ville. Howling wind and snow. The only service was a few fm radio stations from the reservation. I happen to like First Citizen music. That night, listening to the music I felt the spirits riding the wind. No other way to explain it. Powerful moment.

My tenure hunting there ended a few years later when a Texan bought the property and shut it down to public access.
And that was that.

44hunter45 said:
I think that was Moscow.
Click to expand...

Close but no swisher sweet 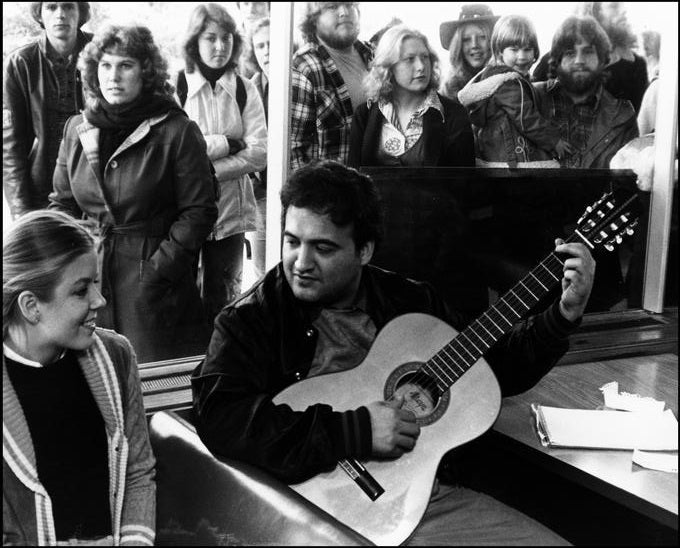 A campus visitors’ guide to ‘Animal House’ ... then and now

All across campus, you can still see much of the scenery that starred in the iconic film.

for Carmina Burana and Into the Mystic.

Buckskinners stories - Tales from the hunt