KB_ said:
current) Wenier dog (wifes) - he sucks.....BUT if he was like normal dog sized would be a bad ass hunting dog. Hates everything thats not human. List of things this little sucker has killed - Rabbits (countless), chicken, Turkey(small one), Squirrel, rat, woodchuck(holy shit), Killed a bunch of baby robins that fell out of the tree, Snakes. Keep in mind he is 12 years old and has no teeth. I've never had a dog with more pray drive.
Click to expand...

One of the best pheasant dogs I've seen was a Weiner dog my buddy in high school had. That thing would dive into the nastiest cat tail patch in the state going after a rooster. If only he didn't get worn out so quick he would have been awesome. Inevitably he'd end up in one of our vest bird pockets taking a nap while we kept hunting
W

Whitetay said:
Love my black labs but they r work dogs in my eyes and I hate to have one when I don’t have time to work him or her
Click to expand...

They are even better pets.

WOW! Let's see, had three black and one yellow labs, several Springer Spaniels, bunch of gsp's, two E. Setters and now three Red Setter's. Oop's forgot had five pointer's! Not sure what breed I'd say is best but strongly in favor of GSP's and Red Setter's. My two E. Setter's I loved dearly but were rotton bird dog's, ran way to much! On the other hand I've watched a lot of E. Setters that were terrific bird dog's, go figure! have worked with a decent number of Britt's and if I needed a dog and some one wanted to give me one, I wouldn't turn it down. Some really really good GWP's I've watched over the years come out of Terreboinne Oregon. Very nice lady who's name escapes me right now owns the kennel and trials the dogs, Meg something? I've seen a coupke pudle pointer's but I'm a bird hunter and don't chase mixed breed dogs. Oh. remember now, Meg Eaton I think the GWP breeder is.

Switching breeds isn't really a big deal and I almost suspect the breed you have has let you down somewhere, not a clue where! I got down to one dog one time and lost him. Skipper was 11 yrs old when he died and I spent 6 months looking a litter's of Springer Spaniels till it dawned on me I was looking for Skipper so I went and looked at a litter of GSP's and got my old Hannah, she was an absolutely great dog. But thing I found is when a dog hit's about six yrs, get a puppy, breed won't matter as your old dog it there to take care of you. And you never know, a new breed just might grow on you! Whatever the breed might be is no where near as important as how you except the pup.

I started my upland bird hunting with an English Pointer a little over 20 years ago. Followed that up with 3 more. The first two had good long lives and have passed on.

I'm switching to Llewellin Setters, with my first at now 2.5 years old. Absolutely perfect match for my style of hunting. Very affectionate and a joy in the house too.

I started with a Visla, then English Setters,
the 8 labs over the past 30 years.
I like training labs in the spring/summer, hunting in the fall/winter. 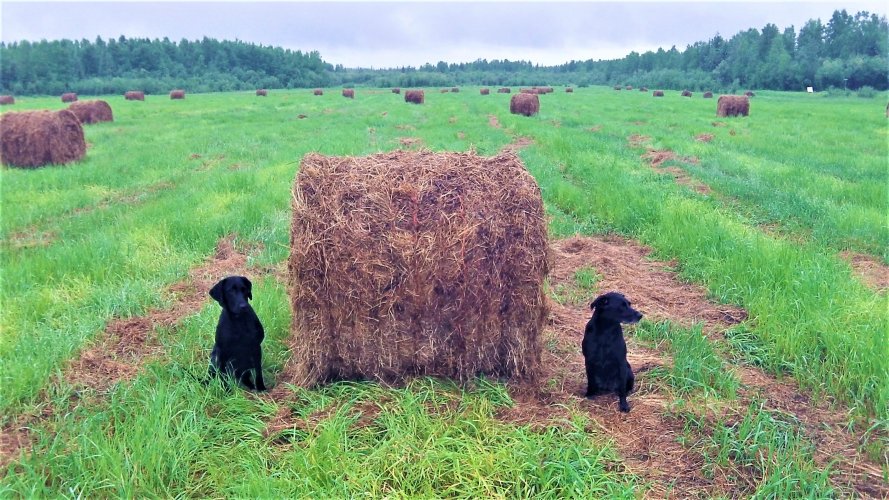 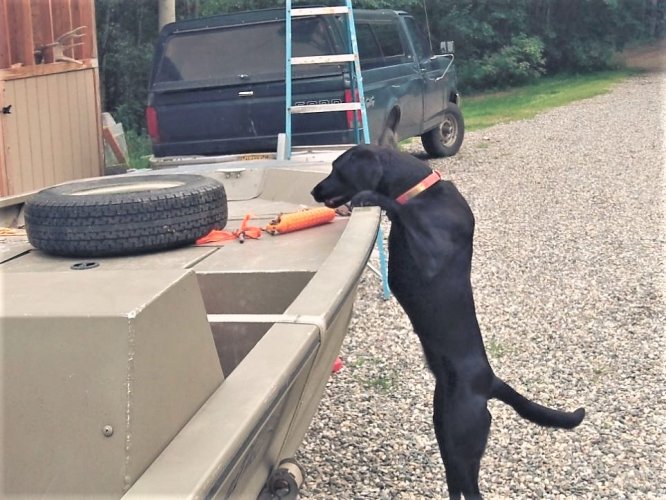 When I was a kid, I had a little black mut. Turned out to be a great little bird dog. Then my dad got a GSP that I really liked so when I got out of the army, I got my own GSP. Since I did a lot of upland bird hunting and a little waterfowl hunting it made sense. After two more GSPs, one super dog and one worthless dog, I started doing more waterfowl hunting and less upland hunting, so my wife got me a black Lab for my birthday. (Which is today by the way) Great retriever not so good on upland birds. As that dog was getting older, my wife who volunteered at an animal shelter, said there was a lab there we needed to get. I didn't even look at it because I knew we were going to get that dog no matter what I said anyway. She came home with a black puppy that had no lab in it whatsoever. She told me she didn't like the way the lab acted around kids, so she got the puppy instead. Whatcha gunna do? That dog was gun shy and had no interest in birds, but she was sure good with the kids. Then my sister got a 6-month-old chocolate lab but it played too rough with her little old foo-foo dog and hurt it. Imagine that, a big puppy getting rough with a living dust mop. So, she wanted to get rid of the lab. So now I have an old chocolate lab who is a pretty good upland hunter and a good duck retriever but won't for the life of her, touch a goose. That there is my dog history.
You must log in or register to reply here.