Took the pup to a rattlesnake avoidance training class today. He’s off lead most of the time, and there’s enough prairie and Great Basin rattlers around our areas that I felt it would be a good investment to hopefully avoid his curiosity getting him snake bit. There’s been 2 rattlers spotted in my neighborhood already this year.

The training was pretty simple, but seemed very effective. They put a shock collar on him and then had me walk him by a perforated clear plastic cage with a rattling rattler in it. When he got curious and stuck his nose towards the cage, they gave him a good zap with the collar. They then had me circle him around the yard and approach it again. He wouldn’t go anywhere near it.

Then they put out a loose non-venomous bull snake on a concrete pad and had me walk him by it. He was mildly curious and got a mild correction through the collar. After all 6 dogs in the class went through these first 2 tests, they removed the snakes and had us walk the dogs around the yard and by the locations where the snakes previously were. Many resisted, but eventually dis-associated the location and were fine. Then they allowed some free play time in the same area where the training was happening.

Finally, they put out a different rattler in a different part of the yard in a colored cage so that the dogs would only have sense of sound and smell. They then had us either walk the dogs towards the snake, or for those well trained in recall, had us recall the dog with the snake between us. Every dog had the same reaction when it heard and smelled the snake - either a 90 degree or 180 degree about-face and wanting nothing to do with the snake.

The trainer explained that the first test is really focused on teaching them to associate the sound and smell of the rattler with a bad outcome. The test with the bull snake was focused on sight. The free time in the yard with no snakes was to dis-associate the location. And the final test was confirming sound and smell as well as enhancing the location dis-association. She also told us to remember the reaction each dog showed on that last test (they were all fairly distinct and dramatic) since the dogs would not only avoid the snake, but let us know it’s there.

All in all, it was pretty cool. He’ll go back for a retest in a year, but the trainer said 90-95% retain the avoidance without any additional correction after a year. Just thought I’d share my experience in case anyone else worries about their dogs in rattlesnake country.
M

Good stuff. I am afraid of snakes. There, I said it. mtmuley
W

Good on you! We've taken our rescue Maltese twice although once was enough. The second time she wanted nothing to do with any of it, no doubt remembering her first class. Twice now she's steered us away from something, I'm guessing a snake. She's 6 pounds soaking wet so a bite would probably be lethal.

Last year a cabin neighbor's lab died from a bite to the face from a timber rattler. The incident happened about 100 yards from our place.

Sounds thorough and well worth it. I have a spot where garter snakes are common. I used a training collar, When Bella noticed the snake, I waited for her to approach it, then mild zap. Snake obliged by hurrying off. Bella would never approach snakes after that even years later, once she noticed them. She did have some residual avoidance of the snakiest sections of trails, and even a few suspicious looking sticks in those places where we did the training. This all took place where she went for walks most days.

We are moving out west, I want to do this and get the rattlesnake vaccine done with both my dogs. My biggest question about the training is effective for a dog who has been conditioned to E-collars?
H

Our conservation club conducts this type of training as a fundraiser. Very effective. We've had many customers tell us the dog started going crazy outside their house or in the field, then the owner say or heard the rattler.

Scott85 said:
We are moving out west, I want to do this and get the rattlesnake vaccine done with both my dogs. My biggest question about the training is effective for a dog who has been conditioned to E-collars?
Click to expand...

This is good. Thanks

After our pup encountered a rattlesnake on a trail (was interested then ran after us as we were trail running) we took her to one of these and it was great. Same deal. She had never been shocked by an e-collar before and jumped about 7 feet in the air. Cabelas/Bass Pro usually does a few of these every year if you're looking for one in your area. 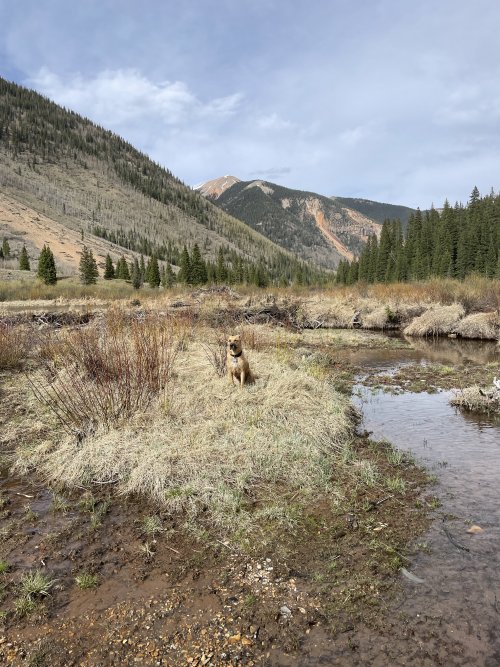 Took our three terriers (2 Airedales, one Rat Terrier), cost us $300 for the day. Seemed to work well. They were back to killing snakes in the back yard in three days.
You must log in or register to reply here.

Garden Snakes Can Be Dangerous