Pat, I went out and scouted some goats for you. Nothing too impressive, but I will continue to work on it. I am still looking to see what happens with block management lands (deded open for public hunting). Officially they don't open until 9/1, but now that the season opens 8/15, there may be changes. Let me know which one you wnat, and I will see what I can do. The place I want to check this weekend is further away, 40-50 miles total, but should have more bucks and better quality than what I saw yesterday.

Here is a dink.

This one is not too bad.

Do you think you could hit this one?

Dang mtmiller, all of em are shooters to me.

Well, To tell the trith i need a little advice on judging a lope. what are the length of the ears on one of them things? #3 looked good, and airplane buck is a total cool buck(he would be cool on the wall) and #4 looks o.k . What do you lope hunters think? what would a P&Y class buck look like? I would just like a real good buck since i never killed on yet and its going to be a bow kill. If i am seeing a few i can try to wait out a biggun or stalk a monster. I sighted in the deathbeam out to long range this weekend, but hope to stay under 60 for the most part. I hear these things die easy and you can watch them run a long way so i may take a poke, is this true?.
I sent out the blind to you today, keep an eye out at work for it. Thanks for the pics... 2 more weeks
S

Thems one of the toughest things there is to judge IMO. One things for certain. If it looks GIANT. It's probably pretty big. Look for one to have alot of black, like #4. The mature bucks really color up in the face as they progress. It doesn't take much of a buck to go P&Y. #4 definitely has it, and #3 would probably do fine as well.

I generally use 5-6" on the ears as a reference. Although it can be tough to judge them using that method, do to the curl. Generally look for one that's a good 2+ times his ears, w/ good curl, and good pro-truding

If all else fails. Pass on as many as you can, to get a feel for whats out there. And, throw em' back if he ain't big enough!

Generally speaking, they do die fairly easy. Still need to hit them pretty well, as you do anything else. As far as long shots are concerned, I won't hesitate to shoot at one well beyond 60 yards. Just be prepared to have him 60 yards away from where you shot at him in the first place, if he's well aware of your presence.

Here is an example of one that suffered pretty substanial ground shrink. Buddy of mine shot this one last year over by Jordan. Insisted it was at least 14 inches NOT!! more like 12.5 and not much mass.

Look over a lot of them the big ones will stand out like a sore thumb.

I'm not an expert, but what I used last year for judging was the point that the prong comes off the horn. If it's completely above the ears, it's probably a good buck. A good curl to the horn above the prong adds a surprising amount of length.

heres one that has decent mass but not so good prongs. he was around 16 5/8" tall
he is the second one I shot in az.

my third one If my daughter doesnt want the tag(girls change there mind all the time) will be bigger, it will be this year.

I have seen hundreds of lopes in AZ and almost shot a coupld of real small ones due to the fact that when I was looking at the bigger ones they didnt look as big because there horns were covered in dust. that black horns will throw you off on size and mass. I saw a little 12" one that I swore was alot bigger than my second one, when I got a better look and a second set of eyes on it it was determined that the one I shoot was alot bigger.( I wiped the horns off for the picture.)

Also your going to be in bow range I was 600 yards out when I pulled the trigger on both lopes, so it will be easier for you to judge. good luck

It was during bow season and I had a tag, but no bow with me (I was on the clock). I ended up taking this guy down in hand-to-horn combat.
E

O.k, so i think that last one with the 2 doe is a good shooter from what i gather. The second one is a little hard to tell from the angle.
Yea i will take a long poke if i get a dandy in 80 yards. I am sighted to 80 and at that range i have about a 85% shot placement in a pie plate. Brring on the airplane buck!!
Hey, i should steal Greenhorns Beavis icon from the last 2 years THE AIRPLANE IS MINE!!!
B

The cool thing about antelope, they all have character. Hard to go wrong if you like the looks of the buck you choose. That being said.

The first thing I look at is mass and prongs. If an antelope has no mass or short prongs, I'm not too interested. If I see heavy horns and a good prong, then I scope out the length. I think they're really hard to judge when they approach book size...like between 78-82. Theres always some that are foolers too, because of body size.
B

Heres a few that I think are good bucks. 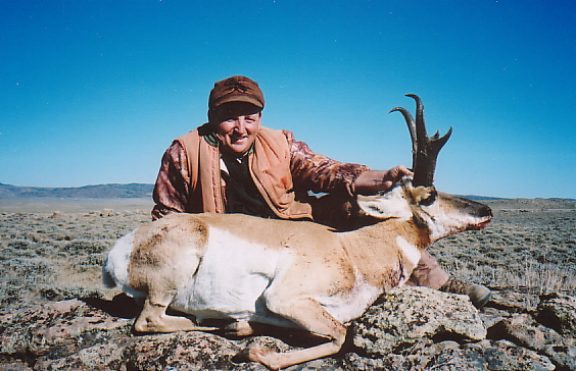 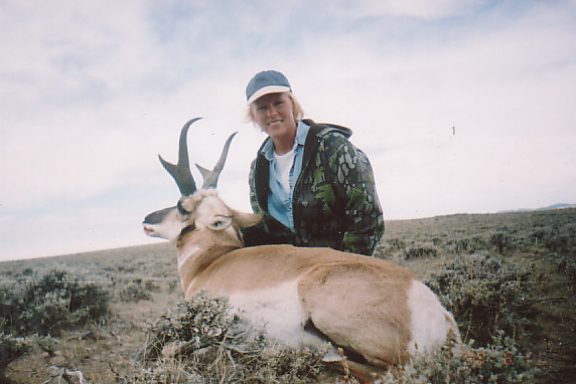 Heres a buck that my buddy just about passed on when we were looking at it from the front. When it turned, there was no doubt. Ended up being 14 7/8 only a few 1/8ths of deductions, huge prong, and great mass...net scored 79 6/8 grossed 80 3/8, and still the biggest buck my buddy has ever shot. By the way, it was shot very near to Mtmillers home town of Havre. 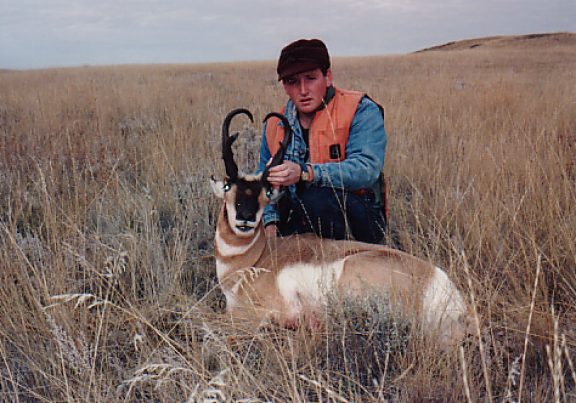 This buck, while not a high scoring buck, is still a nice one. It doesnt have good mass or prongs, but is 14 3/8 length. Still a pretty buck though. 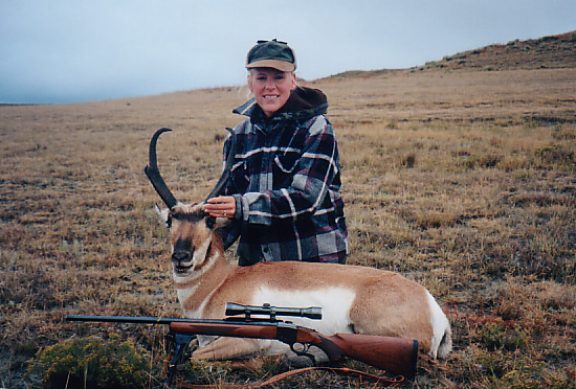 IS that a smile I see??? Sun must have been in his eyes

Those are some great bucks guys.
I

MTM, you've gotta break away and shoot one with archery gear......especially decoying....what a rush when they come crashing in !!
You must log in or register to reply here.

Mountain Goat - Cape care from the shot to the taxidermist