Big step, but lots of fight left. If you have a minute, contact your Senators and let them know you support this bill. Important for Senate leadership to understand there's support for this so they'll continue to engage House leadership on finding an offset that will get this the level of bipartisan support it'll need to get to POTUS's desk. And as always, if your Rep voted to advance in the House, let em know you appreciate it. 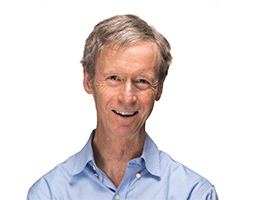 
E&E DAILY | The House yesterday approved an ambitious and still-evolving wildlife conservation bill that’s been years in the making but has has lost some of its bipartisan shine.

With some early Republican supporters backing away because of the bill’s unresolved funding source, the House approved the "Recovering America's Wildlife Act," H.R. 2773, by a 231-190 margin.

Myriad sportsmen's, conservation, energy and business organizations likewise back the measure, with Backcountry Hunters and Anglers' conservation director, John Gale, enthusing that the bill "is the product of decades of hard work and dedicated collaboration by a range of diverse stakeholders."

And Ducks Unlimited CEO Adam Putnam added that “the end result will be healthier habitat that greatly benefits waterfowl and other wildlife, as well as generations of sportsmen and women to come.”
Sixteen Republicans joined Democrats in voting for the package yesterday. When the bill was reintroduced this Congress, it claimed 42 GOP co-sponsors (E&E Daily, Jan. 19).

"This spending is not pocket change," said Rep. Bruce Westerman (R-Ark.), the ranking GOP member of the House Natural Resources Committee. "We should make the important, responsible decisions on how to fund it."

While stressing that he has become a "reluctant" opponent for now and declaring that he will "remain at the table," Westerman added that currently, "we have a regrettably flawed bill [that] represents a lost opportunity to forge significant bipartisan compromise."

The House’s approval now passes the ball over to the Senate, where a somewhat different version, S. 2372, was advanced out of the Environment and Public Works Committee earlier this year on a 15-5 vote.

First introduced in 2017, the essential core of the "Recovering America’s Wildlife Act" would provide an additional $1.3 billion per year for states and territories, and $97.5 million per year for tribes, to assist in their efforts to conserve, restore and protect wildlife and habitat (E&E Daily, Dec. 9, 2021).

The version approved by the House yesterday was changed to adopt a Senate variation on this theme. Under this latest version, states would not start off getting the full $1.3 billion originally called for. Instead, under the amended version, a National Fish and Wildlife Foundation competitive grant program would share in some of the funding for the first four years, as would several Fish and Wildlife Service consultation, partnership and conservation agreement programs. The shift was intended to meet the concerns of some Senate Democrats who think federal endangered species efforts and the Fish and Wildlife Service itself need reinforcing.

The "Recovering America’s Wildlife Act" would supplement, but not supplant, the existing Pittman-Robertson Wildlife Restoration Act program established in 1937, named for the two lawmakers who drafted the law: former Sen. Key Pittman (D-Nev.) and former Rep. Absalom Willis Robertson (D-Va.).The current program collects about $1 billion a year from excise taxes on sporting goods and related products and distributes it to states. It would continue doing so under the bill.

The new package has its roots in 2014, when the Association of Fish & Wildlife Agencies assembled a Blue Ribbon Panel on Sustaining America's Diverse Fish & Wildlife Resources. In a 2016 report, the panel recommended providing $1.3 billion annually. The funds would be distributed to implement state wildlife action plans, designed to conserve over 12,000 species with the greatest conservation need (Greenwire, July 12, 2019). Lawmakers later included additional funds for tribes.

"Sportsmen and women want to ensure our species are protected," said Rep. Jimmy Panetta (D-Calif.), adding that the bill is a "preventative measure" that would in the long run save lots of money "by not having to list species" under the Endangered Species Act.

The current House version of the "Recovering America’s Wildlife Act" would provide funding from the general U.S. Treasury, with states required to provide at least 25 percent in matching funds. The House bill's authors have not identified any funding offsets for the federal share, as negotiators continue to pursue different options.

Kameran Onley, director of North American policy and government relations at the Nature Conservancy, suggested that "ending the tax abuse of conservation easements, which costs taxpayers billions and undermines the integrity of this critical conservation tool, is a fiscally responsible solution" and urged the pairing of the wildlife bill with one that targets the conservation easements.

The Senate version would at least partially offset the bill with fees and fines paid by polluters.
In addition to the funding offset conundrum, lawmakers will now confront questions posed yesterday including whether the programs should sunset after a certain number of years and whether the funding should be mandatory or be provided annually through congressional appropriations.
"We're not done," Dingell acknowledged.
The House yesterday approved a list of amendments. They would:

Just lie and say it's for Ukranian wildlife and it'll get passed with 10x the spending immediately.

ShootsManyBullets said:
Just lie and say it's for Ukranian wildlife and it'll get passed with 10x the spending immediately.
Click to expand...

This doesn't include contracts for the Defense Industry (and associate bookings of "speaking fees"), so I doubt it.
You must log in or register to reply here.

Anti-Hunting Legislation Withdrawn in US House