Our archery club is seeing an increase in people wanting to hunt BUT have never done it, so a plan was made. We recently took 3 new hunters for a few days away bowhunting fallow deer and goats - both introduced and classed as feral here in Oz.
Now its winter here in Southern part of world and it does get bloody cold, so first advice to new hunters was to be sure you have good cold weather clothing AND good boots. The guys got the full experience. We arrived during a winter rain event, which was predicted to clear in a day or so. A quick set up and stoy some gear and the guys were ready to go.
My set up. The 270 degree awning stood up well to the high winds and rain. 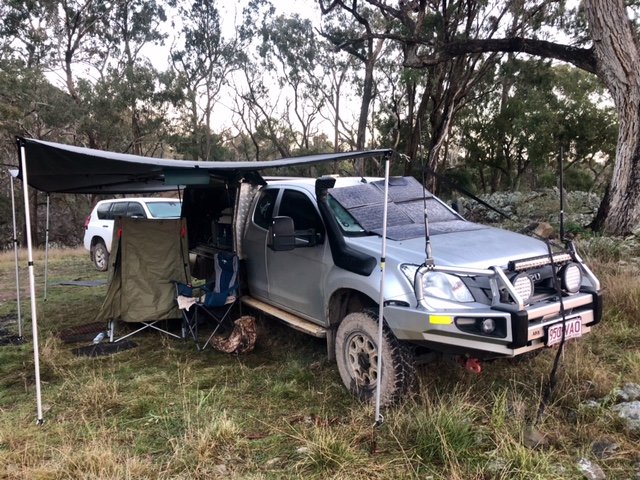 The morning frosts were frequent and heavy. 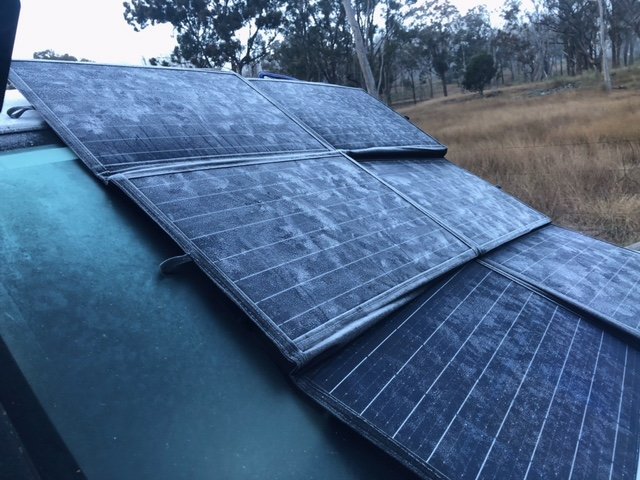 We spent the next few days trudging around the hills, passing on our experiences and allowing the new guys to develope their bushcraft and stalking skills. 2 Important lessons learnt on day one - pack your wet weather gear when rain is predicted and make sure your foot wear is up the job. One guys boots disintergrated - the sole completely seperated. We spent the next few days taping his "disco boots" back together.
Disco Boots 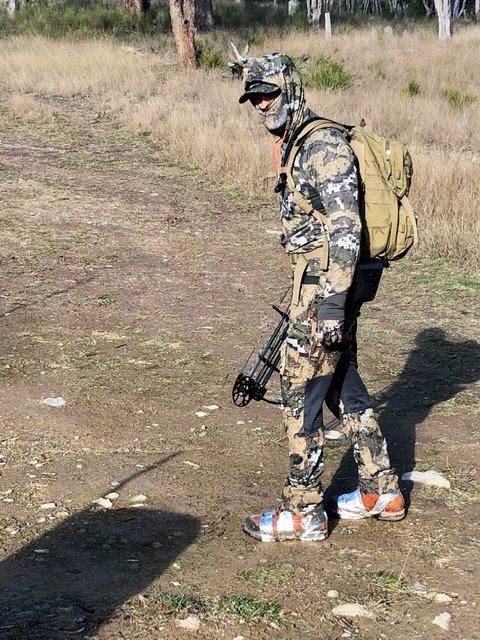 The ridge across from camp frequently had goats and deer holding in the morning sun. 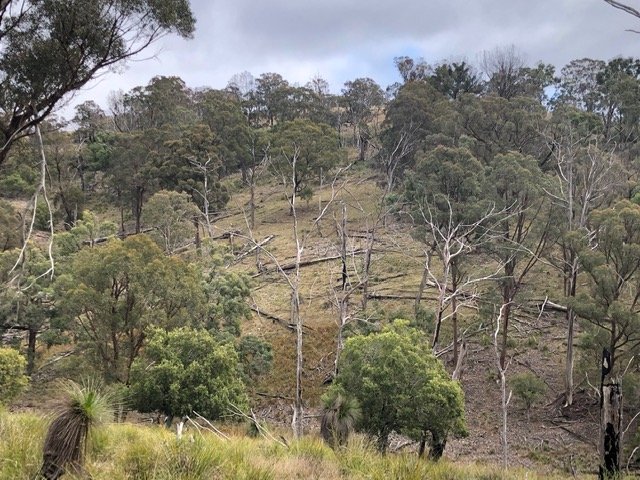 I counted 23 deer in this pic. I was 45 yards off 4 of them just enjoying the morning. 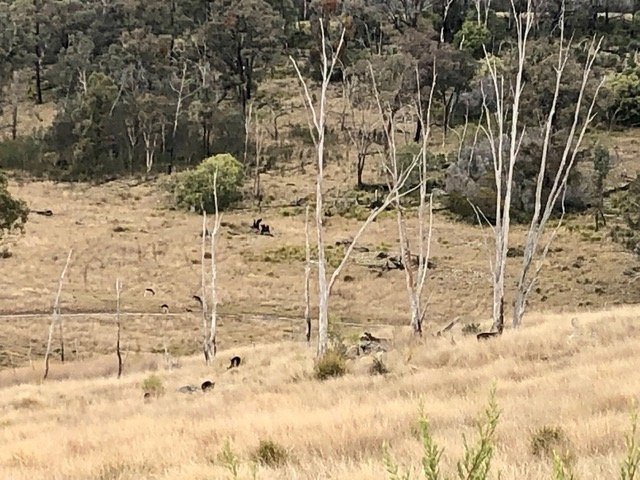 All the new guys took game and filled coolers with meat and aid they learnt plenty. To add to the "adventure" we were stuck for an extra 2 days. The river we crossed coming in, had significantly risen over the last couple of days. At one point, it was 6ft above our exit bridge. Ahh well more hunting - the guys took it in their stride.
There's a bridge under there somewhere 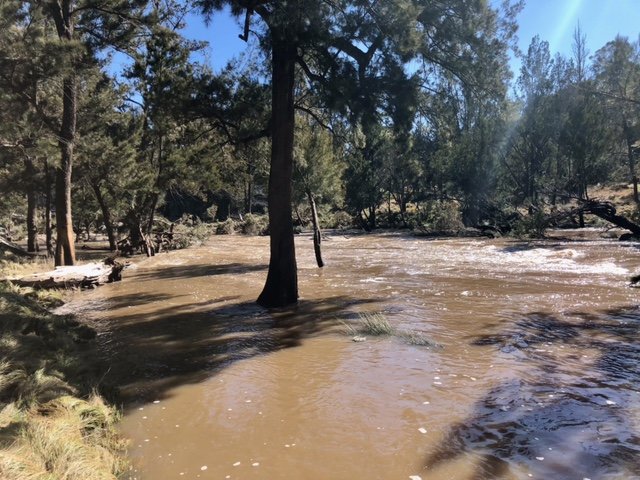 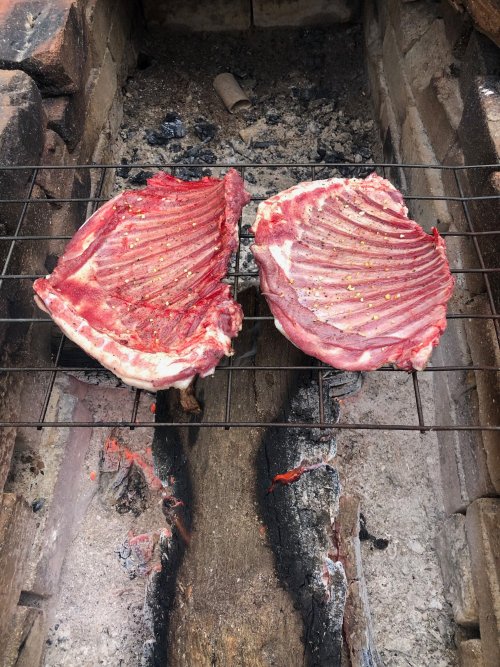 I'm glad we got out when we did - snow was predicted the next couple of days. YES it does snow in Australia AND we were only 5 hours drive south of Brisbane.
K

Sounds like a great adventure and hunt! Do you think the newbies are hooked now or was it a bit too much too fast? Either way, good on you for helping them get started.

fishing4sanity said:
Sounds like a great adventure and hunt! Do you think the newbies are hooked now or was it a bit too much too fast? Either way, good on you for helping them get started.
Click to expand...

Yeh mate they are hooked big time. One of the guys was very concerned about not making a clean, humane kill. He was hunting with a recurve, and watching him practice, he was very accurate to 20yards. I just told him if the shot doesn't feel right don't take it and he would know that feeling when the time came. He took a lovely size meat goat at 15 yards with a clean pass through. It went 6 feet and was done. We were all rapt for him.
It was an extremely rewarding weekend and I'm looking forward to the next one.

Plenty of them about in the southern part of the country.
G

@OzzyDave what company makes the camo in your 3rd photo?

geewhiz said:
@OzzyDave what company makes the camo in your 3rd photo?
Click to expand...

Hunters Element. A New Zealand product i believe. It works well in our environment. I took this pic of one of them practicing on the target butt 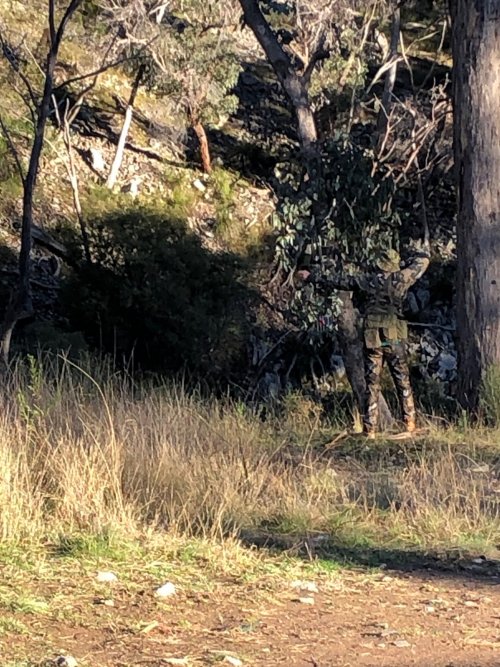 Took the old men out for a walk