I've owned English setters for the last thirty years. I've had male and female dogs over that time. There are plusses and minuses for each. For my purposes, I have come to prefer females.

In the field it is pretty even, males are stronger, females smarter, imo.

In the yard, females burn spots in the lawn. Males mark your air conditioner unit, if they can gain access. They will mark something, mine ruined an air conditioner before its time.

In the house, females are more reliably house broke in my experience. Every male I have had could be counted on to leave a drop or three somewhere in the house. If a female has an accident, they were doing their best not to have one. Males just have to be males, they never truly empty their bladder.
H

Mostly had females after a couple males.
Mostly GS those females. 2 alfa's...the most possessive and aggressive dogs I ever had. Great dogs tho.
Rio is a big male dobie and the best dog I've had. But he is a neutered male I rescued. Aggressive barking, watch out if your a critter/stranger. Still trying to figure out which language he was raised under. Occationally he will sit. He will always get into the truck and always sticks by my side. He does go on digging adventures for rodents.
I was looking for a mild female at the pound and Rio was the mellowest dog in the joint.

Nameless Range said:
I’m sure someone can show you numerous overlapping bell curves of different tendencies when it comes to males versus females. That said, I’d wager a bulk of the variation between the two is more reliant on the individual and it’s training than by sex.Just going off of dogs I’ve met and owned.

There’s a lot of people very serious about their dogs who have males on here - @JLS and @mtmiller come to mind.
Click to expand...

Namless nailed it though. Just like kids, Raise them right!

I stick with males. They generally will take more pressure during training, thus can accomplish more training per session. I prefer the male demeanor.

Personal preference at the end of the day. 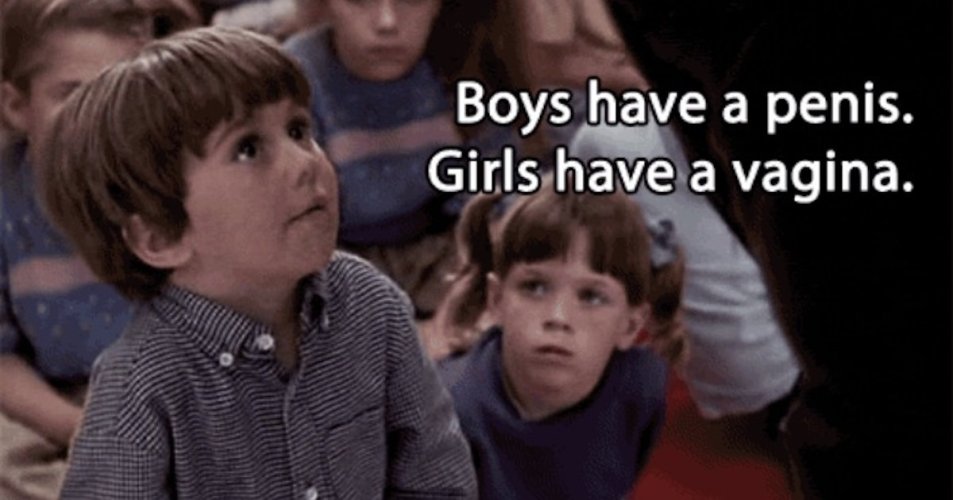 I grew up with female labs and have a female lab now. For me, I just can't get past the red rocket and the fact that there is a dog d*ck right there whenever I give belly rubs. It's probably like sushi, though... I haven't been able to convince myself to try it, but I'm sure it'd be fine if I did.

I've had English Pointers and Setters for 20 years. All males, all intact. Never an issue with humping, marking or fighting. I'm of the belief that is due to them having no doubt from day 1 that I'm the lead male.
We've had a couple of female dogs, older dogs that needed homes or they'd get the needle, but only one female at a time. Female dogs will sooner or later fight for the alpha female role.
I wouldn't mind a female hunting dog but that would prevent us from giving an old unwanted dog a home.
From hunting behind other's dogs I'd say all things being equal, female hunting dogs are more likely to get the job done wisely, males (at least some of mine) seem to enjoy getting the job done in the most difficult way but they do get it done

Birdbander said:
I'm of the belief that is due to them having no doubt from day 1 that I'm the lead male.
Click to expand...

Clearly you've never had a corgi... little bastards are always the alpha, they either get eaten or are in charge. My buddies labs literally run in the other room when Gus comes over.

Gotta rule with an iron fist or they walk all over you, constantly looking for their opportunity to trip you down the stairs and usurp rule.

Thanks for all the input. We have had a black lab mix female, rottweiler X brittnay spaniel mix male, rottweiler female, then 3 straight purebred yellow lab females over the last 25 years.

The Rott/Spaniel mix was an oops dog, but he was by far the most loving dog we've ever had, almost to the point of it being a nuisance, he would always be leaning up against you and it sometimes was a tripping hazard. Even though he was neutered and missing one rear leg he would occasionally do an attempted humping motion and the red rocket as Coop so aptly described it would show it's ugly head.

We just lost our 8 year old female yellow lab and she was the best dog ever. I've never had any issues with any of my female dogs fighting or anything like that mentioned by some here. She was just such an awesome dog I'm afraid any other dog will never be able to come close. Super smart, never barked, almost seemed to read your mind on what you needed her to do. We got her as a 1 year old started dog and it was so nice not to have to go through all the puppy stuff especially with the lab chewing phase.

I've been looking and there is a 15 month old male that seems like a great option that is started on sheds as well as retrieving. I prefer the smaller dogs and he is only 46 pounds so I actually like that.

There is a 8 month old female that sounds like she is a little ahead of the male on retrieving but no shed experience and she is actually a bit larger looks like she will top out at around 60 pounds, still not huge though.

I've been talking with both of the breeders and both seem like decent dogs. I did think about switching to a Wirehaired Pointing Griffon but there just don't seem to be as many of them around and it looks like finding a started dog would be like a needle in the haystack type thing with them.

FoodIsMemories said:
If you Neuter your dog and say you love it like family you’ve something wrong my friend…..

My buddy who tips the scales at around 325 has a male English bull dog that will jump on his stuffed unicorn and go to town hard for about 90 seconds and then falls to sleep. He says he’s just like his Dad!

Funniest shit I’ve seen in a long time.
If I can get him to send me the video he took I’ll definitely share!
B

I've had three male labs. None have been aggressive or humped anyone. The first two males were neutered, my current one isn't. My dad had several females growing up and he said they would always want to assert their dominance when hunting with other dogs.

steveshuntn1 said:
My buddy who tips the scales at around 325 has a male English bull dog that will jump on his stuffed unicorn and go to town hard for about 90 seconds and then falls to sleep. He says he’s just like his Dad!

Funniest shit I’ve seen in a long time.
If I can get him to send me the video he took I’ll definitely share!
Click to expand...

I’ve mostly had hounds, but prefer males, never had issues with humping, fighting. I’ve had females that create all sorts of craziness. I will never have another female once these two are gone. I can’t tell any difference in hunting performance between males and females or intact or neutered, it’s up to the dog and trainer

I have had one female that would lay down the law if a dog trailed her too closely while she hunted. I viewed it as a positive when she did that to any younger dog of mine. Trailing a bracemate is on any short list of flaws in a pointing dog. Outside of hunting, she was tolerant of other dogs.

I have never had two of my females have a serious fight with each other.

Over the last twenty years, I've competed in horseback field trials with my dogs. I can count on one hand after seeing god knows how many dogs, any sort of kerfuffle between dogs. They are with rare exception focussed on their own search. You will see young dogs following the other dog around, but every good dog outgrows that.

With about 35% of the entries females in the NRC, from a statistical perspective, the winner would be a female about 35% of the years if sex had no statistical effect. In the past 20 years, 5 females have been NRC winners which is 25%.
For the NARC, percent females entered is typically > 35%.

This year was similar at the National Retriever Championship.
30% entered were females with 28% as finalists.
Among the 2022 finalists, only 4 of 14 (28%) were females and the winner was a male.

I think you have to factor in that for those who compete with dogs, horses, most any animal, that they are hoping to find an exceptional male. The only real way to recoup the expenses of competing, is to have a male that many others want to breed to. The potential for stud fees is a large reason that male dogs are given greater opportunity to compete.

The female does not offer this to nearly the same extent since to number of offspring possible is much smaller. Not to mention the time laid up while they carry and whelp a litter. The male dog can breed as often as there is demand without any interruption to its field trial career.

Our female blue tick is the exact same way! The most alpha female I’ve ever seen. Humps everything and marks territory every chance she gets. We elected for a male with our most recent pup.

406dn said:
I think you have to factor in that for those who compete with dogs, horses, most any animal, that they are hoping to find an exceptional male. The only real way to recoup the expenses of competing, is to have a male that many others want to breed to. The potential for stud fees is a large reason that male dogs are given greater opportunity to compete.

The female does not offer this to nearly the same extent since to number of offspring possible is much smaller. Not to mention the time laid up while they carry and whelp a litter. The male dog can breed as often as there is demand without any interruption to its field trial career.
Click to expand...

I like the goofball personality that male dogs seem to have. The females seem to be more business like.

I looked back at the last 17-18 years of the Armbruster, which is the national natural ability test for the North American Drahthaar club. This is for dogs less than 18 months old.

All that said, I personally don’t worry about it. I don’t have much interest in trying to have two males coexist in our house, so the next pup will be a female.

I’ve hunted over both. I find the personality differences have much more to do with lineage than gender. I’ve seen makes that were dumber than a post, but the most obstinate and untrainable dog I’ve been around is a female.
You must log in or register to reply here.

VIDEO: My Biggest Bobcat of the Season