Learning to Shoot With Iron Sights - Important or Not?

I have an old Marlin 57M rimfire w iron sights. I start with it @ the range, before shooting expensive ammo through hunting rifles with optics, and while I wait for barrels to cool. It reminds me to focus on breathing, steadiness, sight picture and trigger squeeze instead of recoil.

Nameless Range said:
A guy could be born, live, and die, and be an incredible marksman and hunter, and never utilize iron sites.

But, like fishing with a bobber, one way they are great is they are accessible and a great introduction, though they are not necessarily introductory. They're fun! Who didn't have a red rider growing up?

They're a tool in the toolkit, and one would be missing out if one didn't at least know how they work and practice with them.
Click to expand...

To add a little, it just opens up some possibilities. Sometimes it’s nice to walk a river bottom with an open sighted rifle, knowing everything you see will be in range.

I grew up shooting BB guns in the back yard and local river bottoms. I would spend hours in the yard, even had a huge styrofoam backstop. I learned a lot about field positions and make shift shooting rests. Also learned a lot about gun safety when I shot my little brother in the ass.

I think those years really built a solid foundation on marksmanship.

That's how I learned, so my kids will be the same. Don't have any reason why just how it is
P

grew up shooting with a mixture of both. Can’t honestly say if learning to shoot with iron sights helped or not. I think it helped me with my shotgunning skills more than anything.

Started my grandson with a scoped .22 and he was shooting lights out right off the bat. I can't imagine that it could be possible for him to shoot any better had he been started with iron sights.

I think learning on iron sights reinforces good form with the cheek down on the stock in order to get a good sight picture with that front sight nestled in the v of the rear sight.

Same idea as the double bead on a shotgun rib.
M

Good to learn, but not necessary. Many rifles do not even come with iron sights.

Maverick1 said:
Good to learn, but not necessary. Many rifles do not even come with iron sights.
Click to expand...

Like many others here, I learned with iron sights: first a BB gun, then a single shot bolt action Remington .22. When my Dad gave me that .22 rifle, he enrolled me in a shooting school at an indoor range.

My Dad didn't hunt so I didn't go on my first deer hunt until I was in college and I went with one of my roommates. I shot my first deer with an iron sighted Model 94 Winchester .32 Special. The next year I got my first elk with a borrowed sporterized .30-40 Krag with iron sights.

The following year I got my first centerfire rifle, a .30-06 from Herter's, that came without sights and I put a 3-9x40 Tasco scope on it. Except for my best Mule deer buck and an American Buffalo that I shot with my iron sighted black powder rifles, I don't think that I've hunted with any other rifle w/o a scope. And because I like the looks of a clean barrel, none of my scoped rifles have iron sights.

I think my early training with my iron sighted .22 rifle tought me the shooting basics so when I went into the Army in 1968, I easily became one of the top shooters in my Basic, AIT, and OCS schools, first with M-14s and then with M-16s.

As an officer in a support unit, the only weapon that I was issued in Vietnam was a 1911 .45 acp. My platoon would give communications security training to combat units along with their rifle range training when they came from the field. I took advantage of those range days and learned to shoot my .45 well enough that when I got home and was stationed at Ft. Sill, OK, I was invited to try out for the Army pistol team there.

Like I wrote above, just about all of my big game hunting has been with scoped rifles. So a few years ago I thought that I needed another Win Model 94 .30-30, and I ordered one on line. It had been many years since I had shot an iron sighted rifle, and when my Model 94 arrived, I shouldered it, and the front sight was just a blur. My eyes were not what they were when I was a 20 year old.

Last winter I had cataract surgery and I now have 20-20 far vision, AND I can see the front sights of my .30-30 and of my pistols!

I think it is easier to keep your focus on the fundamentals of marksmanship (sight picture, support, breath control, trigger control, and follow through) when using open sights. Trying to settle your crosshairs when their movement is magnified overwhelms most people focus on the basics. I learned on open sights, moved to a scope, and then reverted back to open sights when I joined the service. It was humbling and a great reminder. I still enjoy shooting irons, and am considering getting an unscoped lever gun for hunting northern MN timber.

If you can shoot well with irons you will generally be even better with a scope, the reverse isn't true.

2rocky said:
I think learning on iron sights reinforces good form with the cheek down on the stock in order to get a good sight picture with that front sight nestled in the v of the rear sight.

Same idea as the double bead on a shotgun rib.
Click to expand...

If the scope is set up properly, good form is just as likely to be reinforced. Cheek weld is about the same for my rifle whether the scope is attached or removed.

Beads on a shotgun generally teach WRONG form, for wingshooting especially. Two beads on the barrel may have some utility for an experienced trap shooter who has enough "good form" to know he should stop looking at them when the target is pulled. For a beginner, many coaches pull off the bead altogether, especially when teaching skeet. Fit the gun to shooter at patterning board then teach him/her to shoot instinctively by watching the target, not aiming the shotgun.

I think iron sights make you a better shooter. I use them often and will go hunting both big game and small, just to use the more primitive gun and sights… 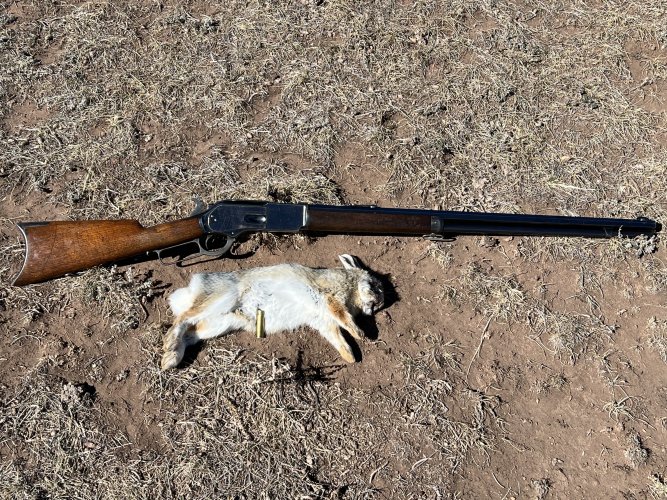 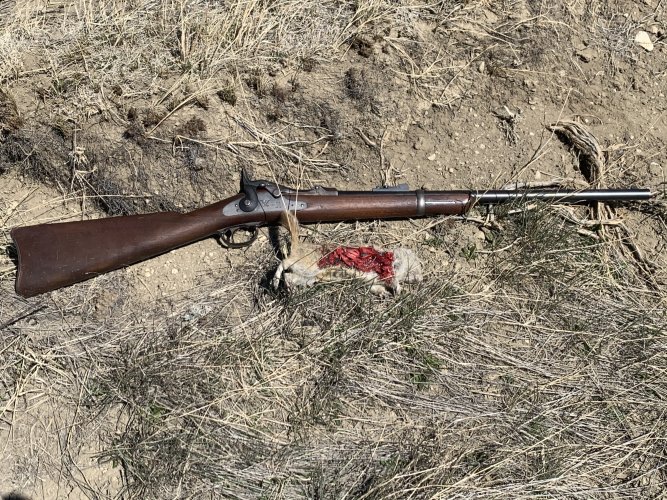 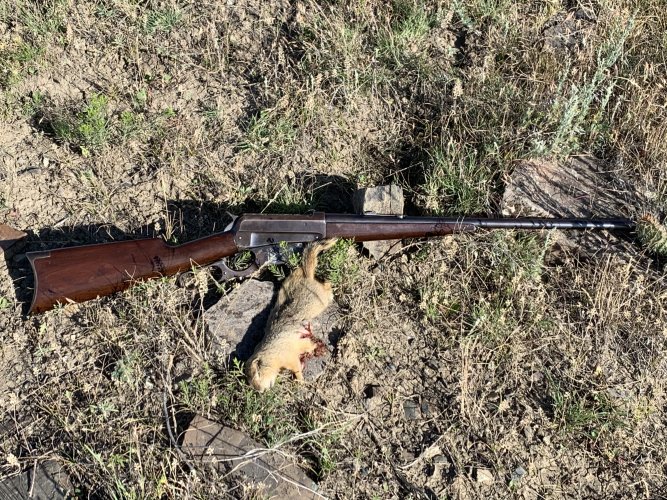 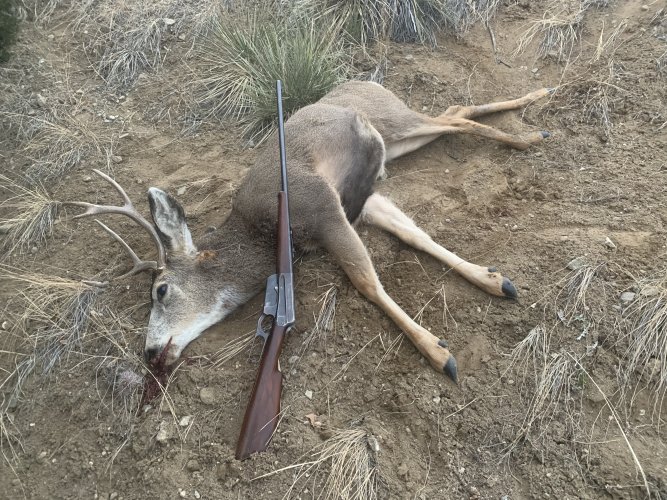