Wasn't exactly sure which thread to put this so here we are.
In Australia / Queensland where you can stay / camp and drive on the largest sand island in the world "Fraser Island" and I had been hanging out to get up there for over 2-3 years but covid put a halt to any interstate trips for me but finally were were all released from our lockdown and the wife and I made our plan to get up there and have a good trip away. The place is known for amazing beaches, fishing and scenery and sadly I am now back home in Melbourne but our trip to Fraser Island will stay with me forever.

People in Queensland have no idea how lucky they are to have these sorts of beaches to drive on whenever you like!
We spent 6 nights at a small resort in a town called Eurong on Fraser and had a blast, we went and did the usual tourist destinations (McKenzie, Wabby, Eli, Maheno, Orchid Beach, Champagne rocks, Ngala Rocks) and a couple of more obscure ones (Lake Allom, Central station)

We took our own food and cooked our meals every night except 1 which we ate at the restaurant (its basic pub food) - Pricing was not too bad. $38 bucks pp for buffet style (we went on parma night which was good). We had a pizza for lunch one day as well which was about $30.
Food and fuel prices were pretty crazy to be expected in the general store ($10 box of cheezels, $3.20ltr for diesel etc)
Bakery was normal pricing, 5 bucks for bread and pies/sausage rolls about the same.

Fishing - Didnt get to do as much as I wanted but we caught a few dart at Eli creek which kept the boys happy. I tried for a shark one night but conditions were not ideal, 40kn into the wind - I fished for an hour and never had a touch.

My Triton went great and did not have single mechanical issue. I did get her serviced before we went and had a wheel bearing and belts replaced and that was it. A MQ triton broke an engine mount at the resort but they managed to zip tie it together which was allowing them to make it back to the mainland.

We went the week after school hols finished so island was fairly quiet, (The line getting off when we arrived was over 1k long) we got a park with no issues at every place we went which was great.
10/10 recommend to everyone who has never been and been thinking about it.
I spent just over $1000 on fuel for the entire up and back trip (Melbourne to Fraser and back) which was about 4600km.

A question for you in the USA, do you have many beaches you can drive on or are you barred from them all?

Driving on the beach is legal in Texas on the south padre National seashore, about 100 miles of open wild beach ,
R

Long Beach, Washington. We have done this and they ( Long Beach ) claims it is the longest continuous beach drive in the world ????

I dont know if that was ever true, but it isn't now as parts of the 28 miles has been set said to protect clams.

Cool trip! I spent a couple weeks in Australia (Queensland) on a family trip many years ago, I'd love to go back one day. Thanks for sharing.
W

S13tsilvia said:
do you have many beaches you can drive on
Click to expand...

Never made it that far off the beaten track. Experienced Bondi (no thanks) and some local beaches near Lismore (Too bad about the flood).

You can drive on a lot of the beaches in Delaware… you can drive and camp on the beach in cape cod mass, camping requires your vehicle has a toilet.

I’ve experienced drive on beaches in like ~ 8 states so far… I assume you can to some extent in every coast state.

You can drive the beach from San Louis pass just south of Galveston all the way to the village of Surfside about 35 miles.
S

Good to hear you have some places to get on the beaches with a 4by! We are going to South Australia next which has more dunes and beaches which will be pretty awesome

I've watched some 4wd247 on Frazier Island. Looks like a blast. Closest to beach driving I've ever gotten was driving at Lake Hattie.

Sweet trip! Sounds like fun. One serious question: What in the world is a cheezel?
S

S13tsilvia said:
People in Queensland have no idea how lucky they are to have these sorts of beaches to drive on whenever you like!
Click to expand...

As a queenslander i do know how lucky i am, yea the rules suck but i know they are there for a reason just makes it all the more special to me knowing i can pack up and just go onto a beach to camp and not have people give weird looks.
S

rmyoung1 said:
Sweet trip! Sounds like fun. One serious question: What in the world is a cheezel?
Click to expand...

One of our many snack food over here. 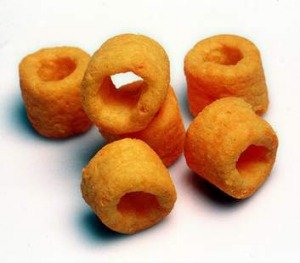